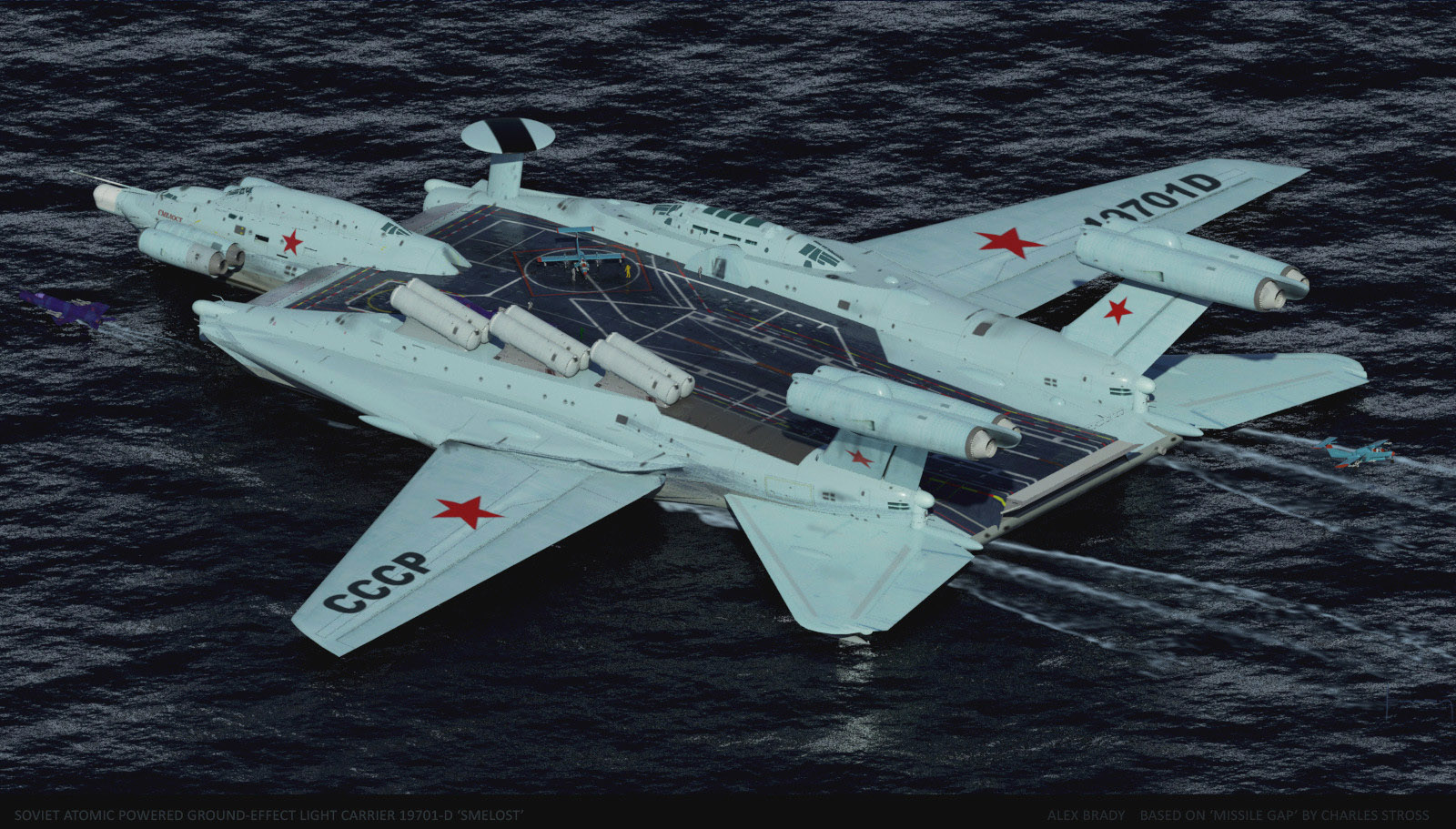 My conceptual design will be without the potruding nose but an upward deck where the planes can be launched in a 30 degree angle at the bow. The wings are fixed and a hybrid Blended Wing Body (BWB). The BWB is a type of tailless flying wing design in which the wing and fuselage are blended together into one seamless body in order to achieve significant improvements in performance over the conventional aircraft, example shown in Fig. 67. Unlike the flying wing design, in which the entire body of the aircraft is a wing, the BWB has a fuselage that is designed as a wing. Therefore, the BWB has a fuselage section that is thicker than the flying wing which allows it to accommodate more payloads. And, unlike a conventional aircraft, the BWB's fuselage acts as a lifting body allowing it to generate lift, rather than acting as an interference component
It will have two twin vertcal stabilizer situated halfway on the wings slanted outward from bow to aft, as the wings will be the whole length of the ship. All engines will be on the other side of the vertcal stabilizer allowing for a clean flight deck and safety for deck personnel. 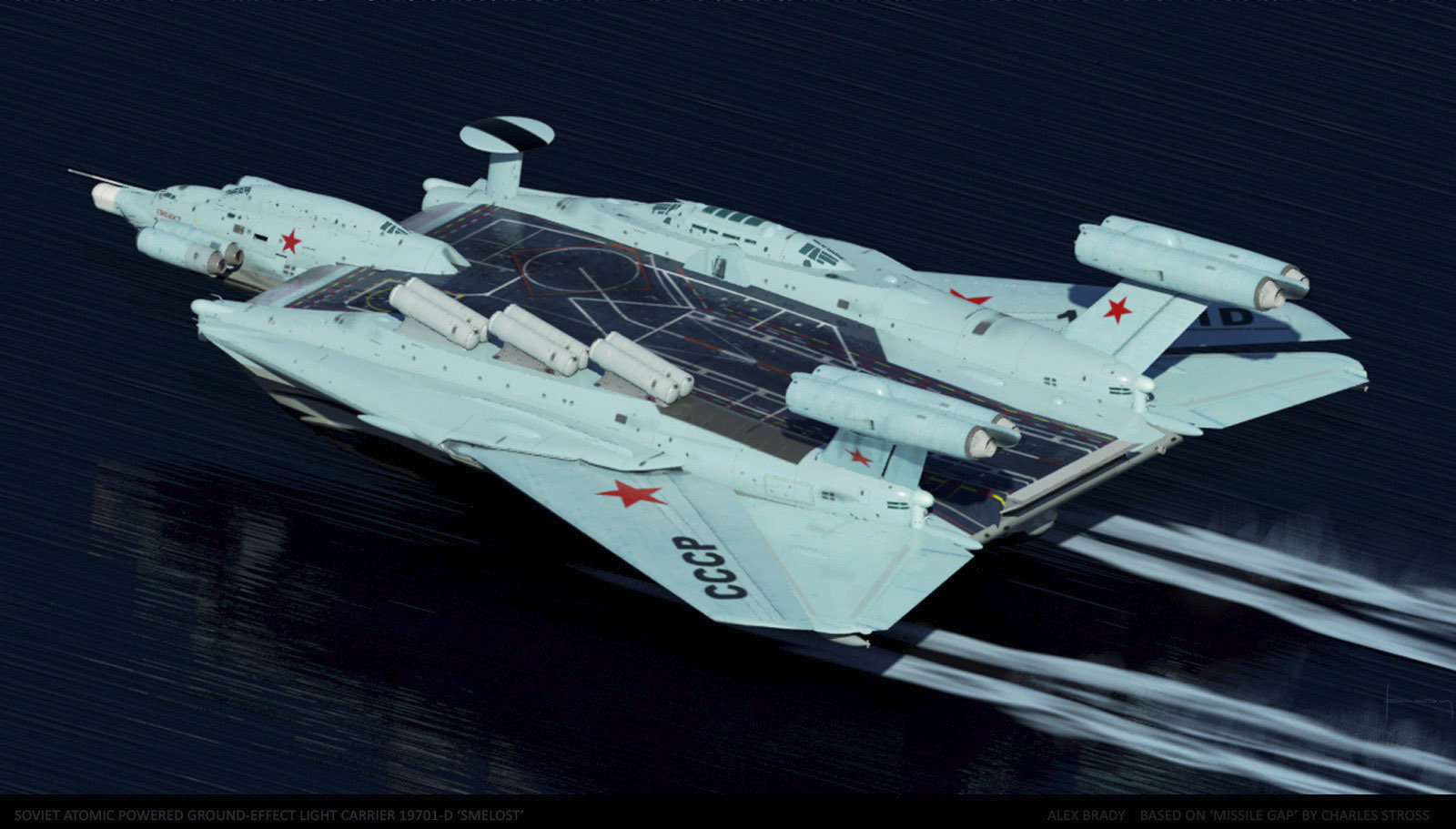 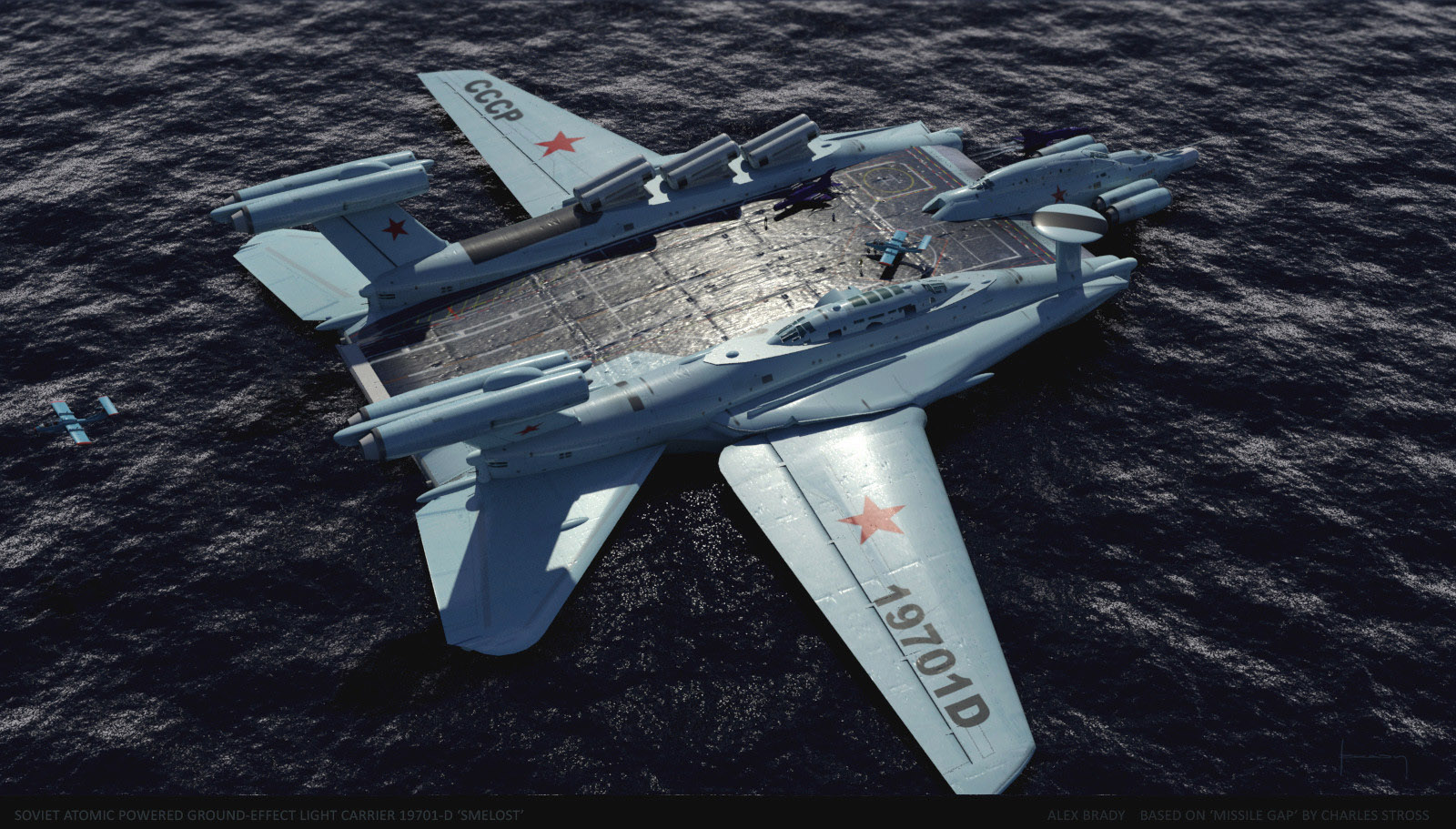 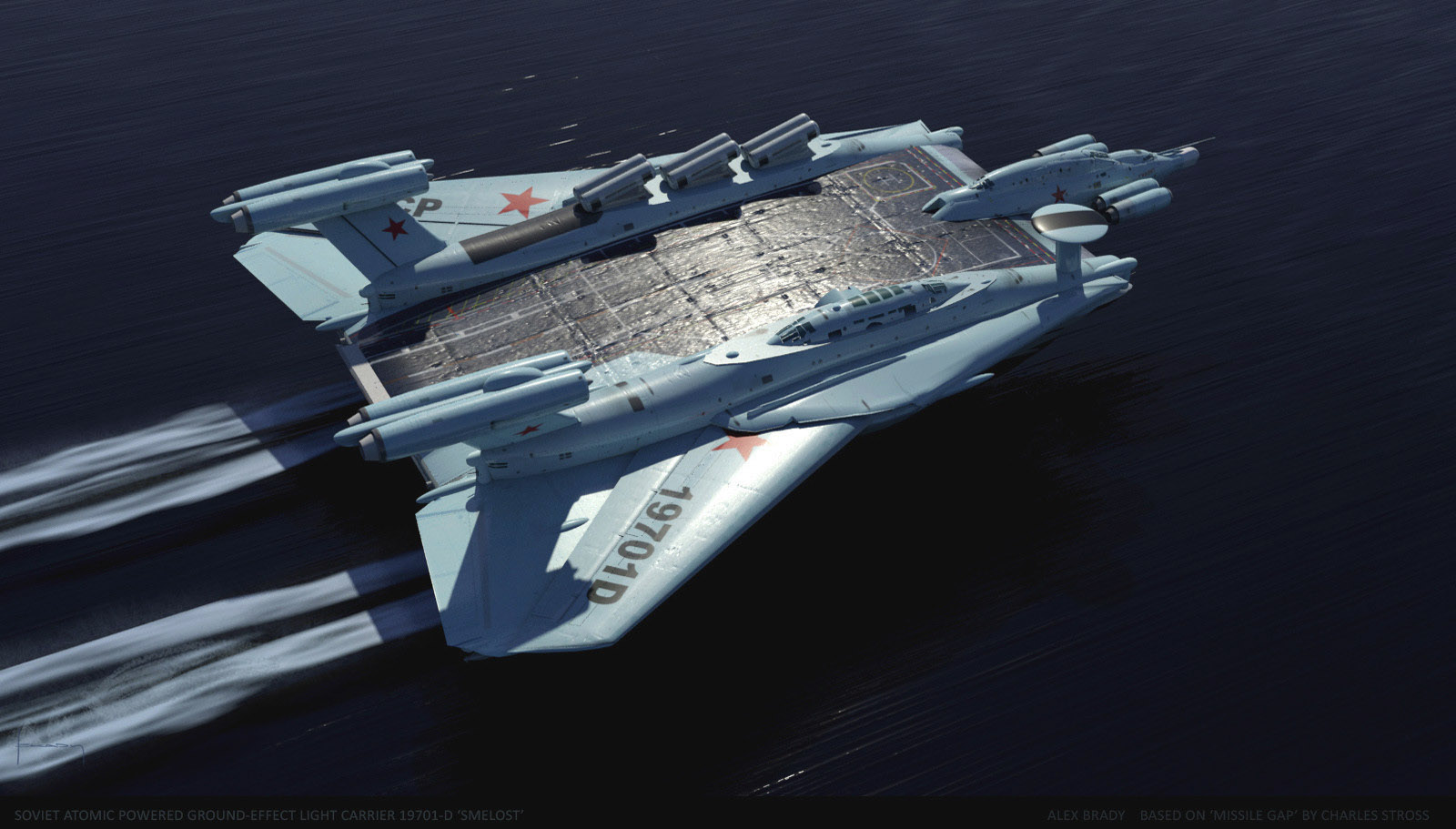 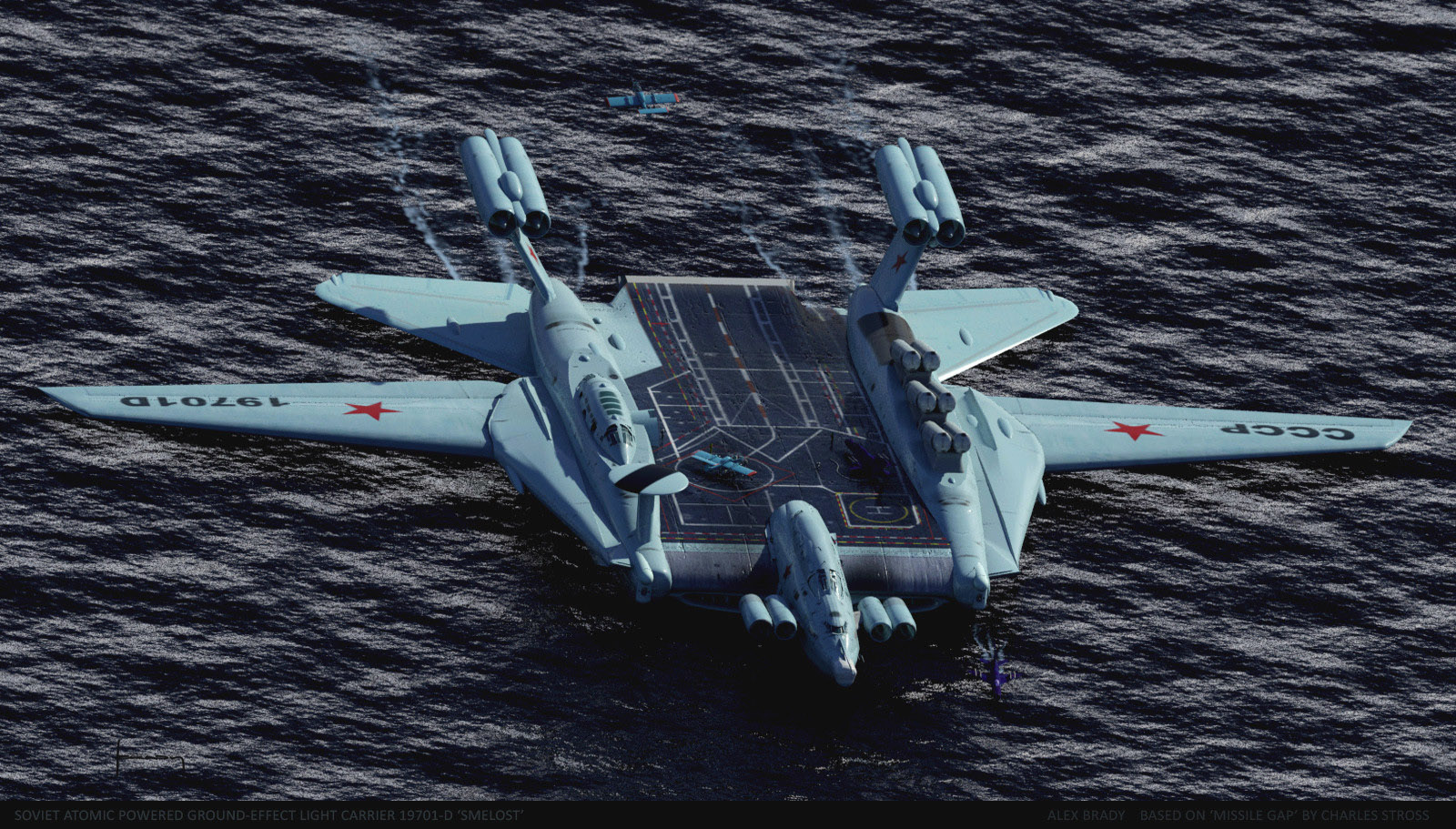 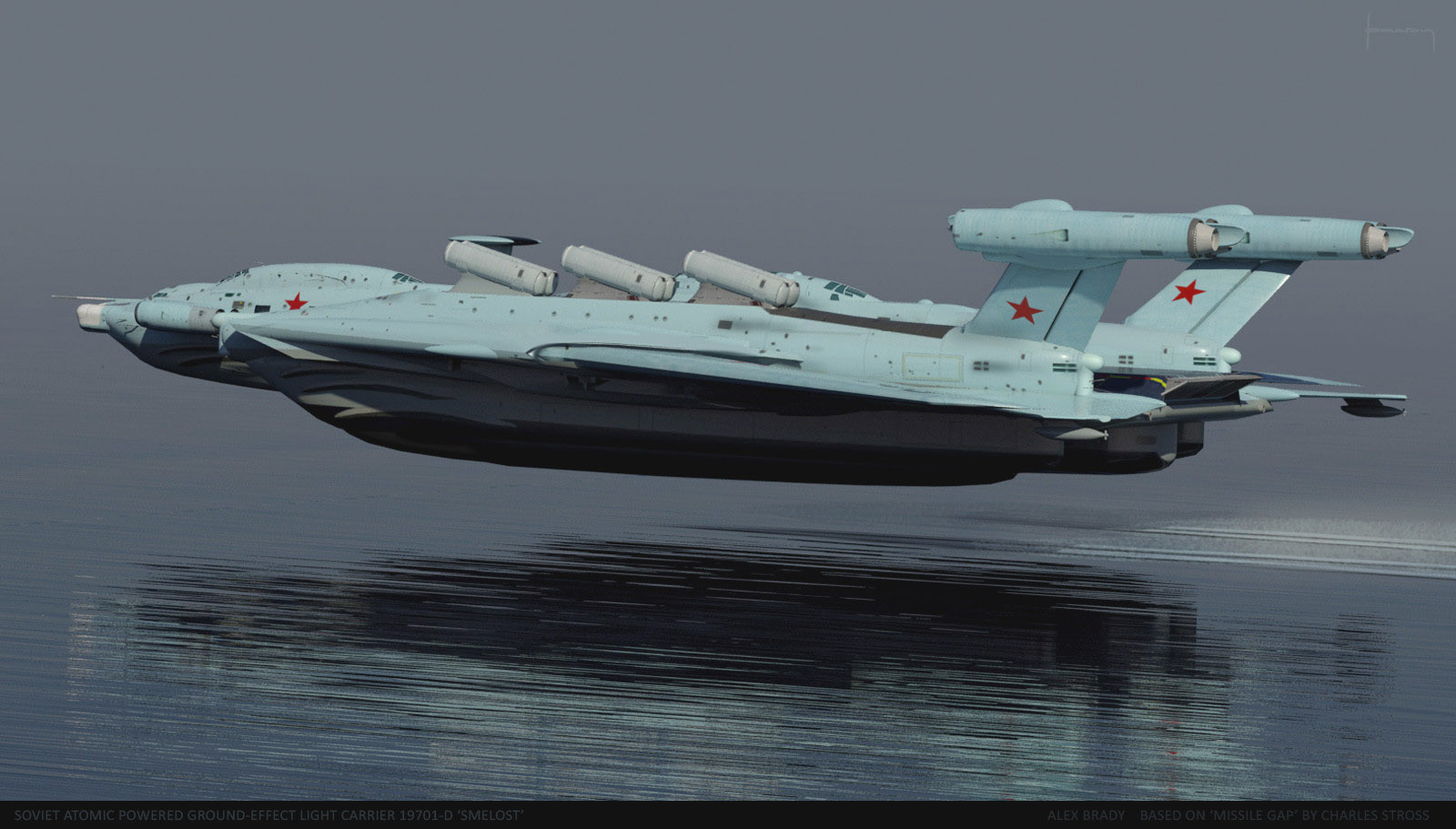 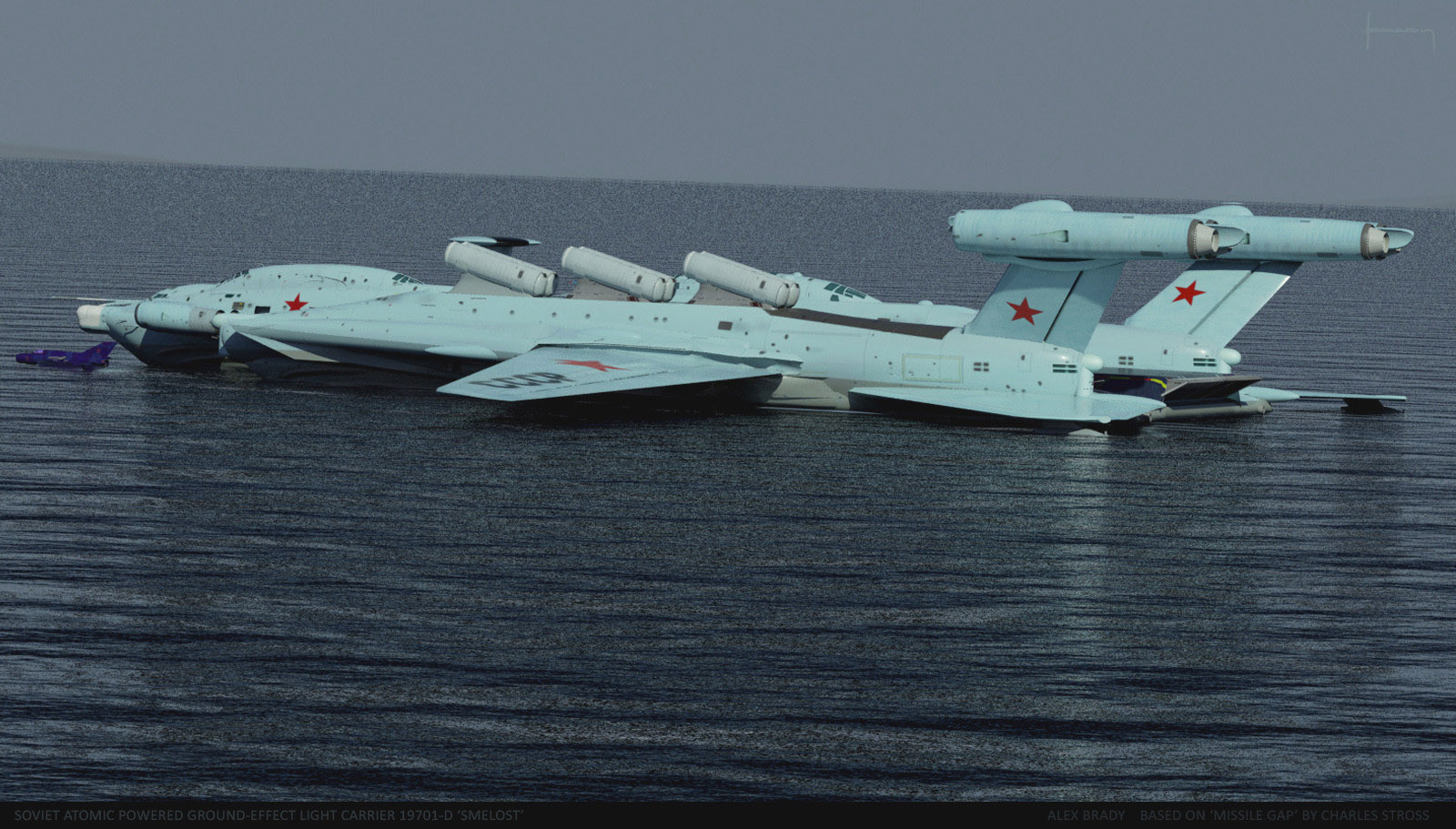