Venice: A Vacation Destination For Hundreds of Years

Friar Niccolò da Poggibonsi began his travelogue with a prayer. Per a modern translation, he asked that God and all God’s saints “bestow their grace” so he might accurately describe all the holy sites, “in order and without misstep,” that he had visited over the past four years.

After departing Venice in 1346, the Franciscan friar ventured to Jerusalem, Damascus, Cairo and Alexandria, writes researcher Kathryn Blair Moore in the journal Renaissance Quarterly. Niccolò took notes on gesso tablets while he traveled, and when he returned to Venice in 1350, wrote down his full firsthand account. The oldest manuscript of the work and its illustrations, titled Libro d’Oltramare, now resides in the Biblioteca Nazionale Centrale in Florence.

It was here that Sandra Toffolo, a scholar of Renaissance Venetian history at Scotland’s University of St. Andrews, noticed an illustration showing the Italian city’s characteristic buildings, canals and gondolas. The illustration is the oldest drawing of Venice yet discovered, excluding maps, the oldest of which dates to 1330 and was created by Fra Paolino, another Venetian Franciscan friar.

“The discovery of this city view has great consequences for our knowledge of depictions of Venice,” says Toffolo in a statement. “It shows that the city of Venice already from a very early period held a great fascination for contemporaries.”

Niccolò took great care with his travelogue, taking measurements of landmarks in the Holy Land by counting paces or comparing them to the length of his arm. Every day, he recorded these observations in his tablets.

In addition to the Venice drawing, Niccolò’s account featured illustrations of elephants and architecture in Cairo, as well as the Dome of the Rock and the Temple of Solomon in Jerusalem. Niccolò was unique for his time in describing the journey in the vernacular, giving a new first-person perspective rather than relying on classic Latin descriptions.

Per the statement, small pinpricks seen on the Florentine manuscript indicate it was once widely circulated. To reproduce images, Renaissance copyists sifted powder over pinpricked paper, transferring the outlines of the scene onto a new page.

“The presence of these pinpricks is a strong indication that this city view was copied,” explains Toffolo. “Indeed, there are several images in manuscripts and early printed books that are clearly based on the image in the manuscript in Florence.”

Niccolò’s text became one of the most referenced Holy Land guidebooks in the early Renaissance—but only after it was translated and reprinted under different names. Published in German during the 15th century, it was then said to describe the pilgrimage of Gabriel Muffel, son of a Nuremburg patrician. In 1518, meanwhile, the first edition of an anonymous account titled Viaggio da Venetia al Sancto Sepolchro et al Monte Sinai, or Voyage From Venice to the Holy Sepulcher and to Mount Sinai, was published in Venice. Over the next 300 years or so, sixty more editions followed. The work was only credited to its original author in “due course,” according to the British Library.

The “City of Water” is located in northeast Italy, spanning 118 islands in the Venetian Lagoon. Buildings in Venice were constructed on wood piles driven into the mud, sand and clay layers under the lagoon. Many of the buildings in Venice still sit on these piles driven more than a thousand years ago. From a recent trip I have inserted a couple of pictures of the famed city. 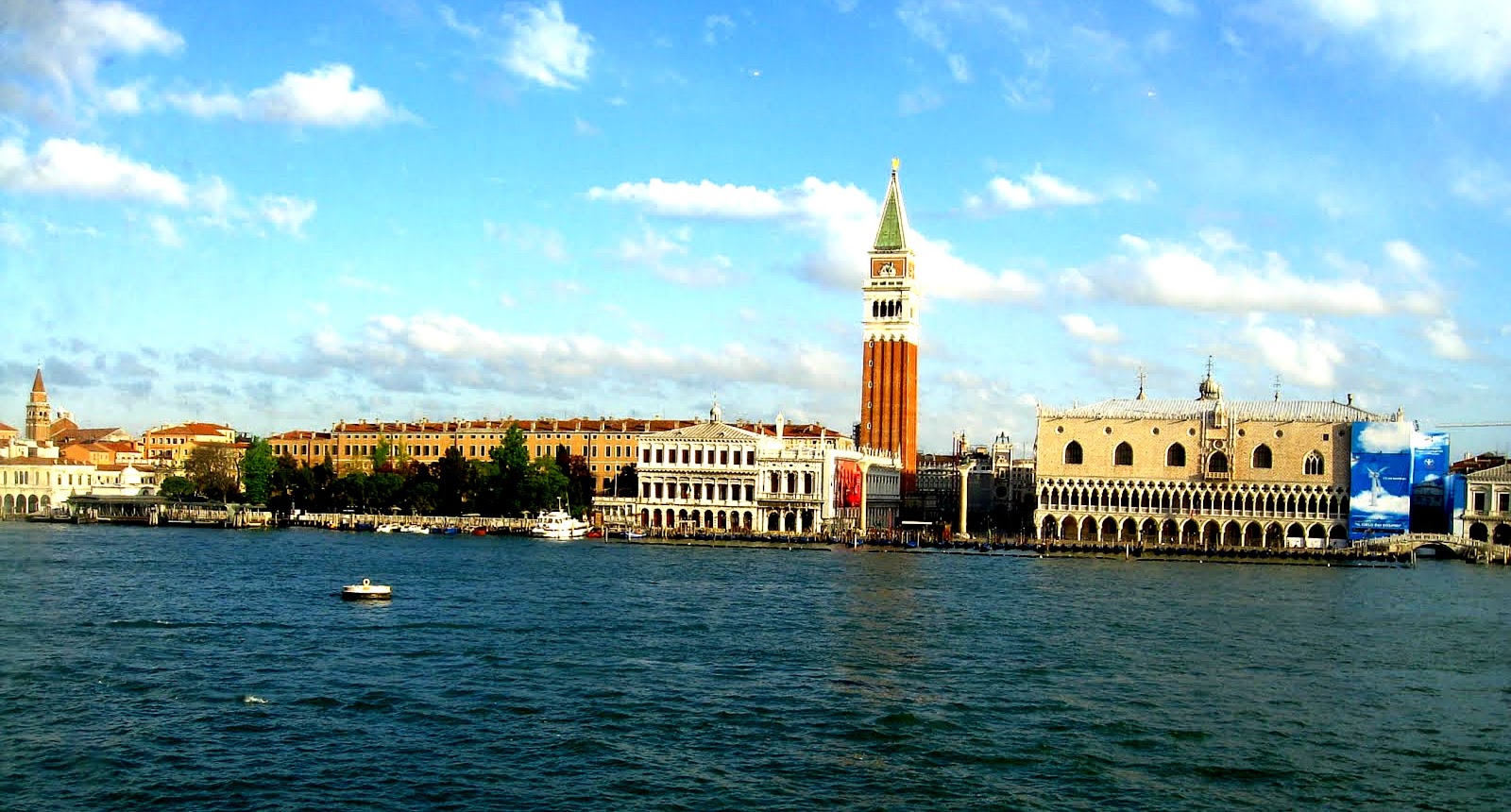 
Historic Images of Venice
Posted by ASC at 10:50 AM