'The most expensive race on earth': Around £200m worth of priceless and irreplaceable cars will be thrashed around a track for an hour next month

Possibly the most expensive race of all time is being held in the UK next month.
The 20th anniversary of the Goodwood Revival features an hour-long race featuring 30 of the most valuable, unique, adored and collectible cars ever created.
The Kinrara Trophy will take place on Friday 7 September and showcase pre-1963 GT vehicles from the likes of Aston Martin, Ferrari and Jaguar - all worth a combined £200million.
With today's F1 cars valued at around £10million each, even the pinnacle of 2018 motorsport can't match this race's price tag. 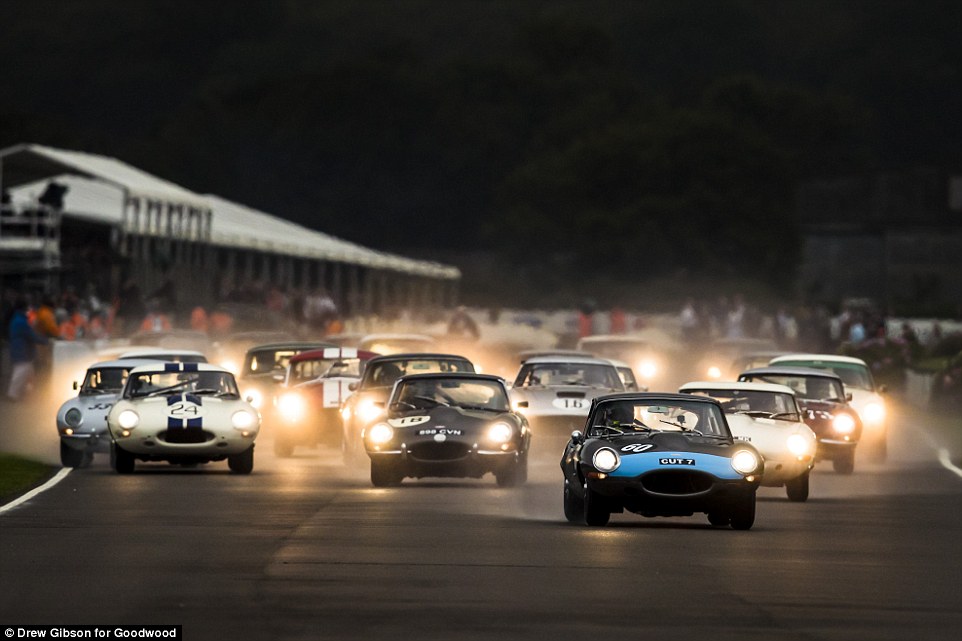 +18
Most expensive race on earth: On Friday 7 September the UK will host what is being dubbed the priciest car race on the planet with the Kinrara Trophy taking place at the Goodwood Revival 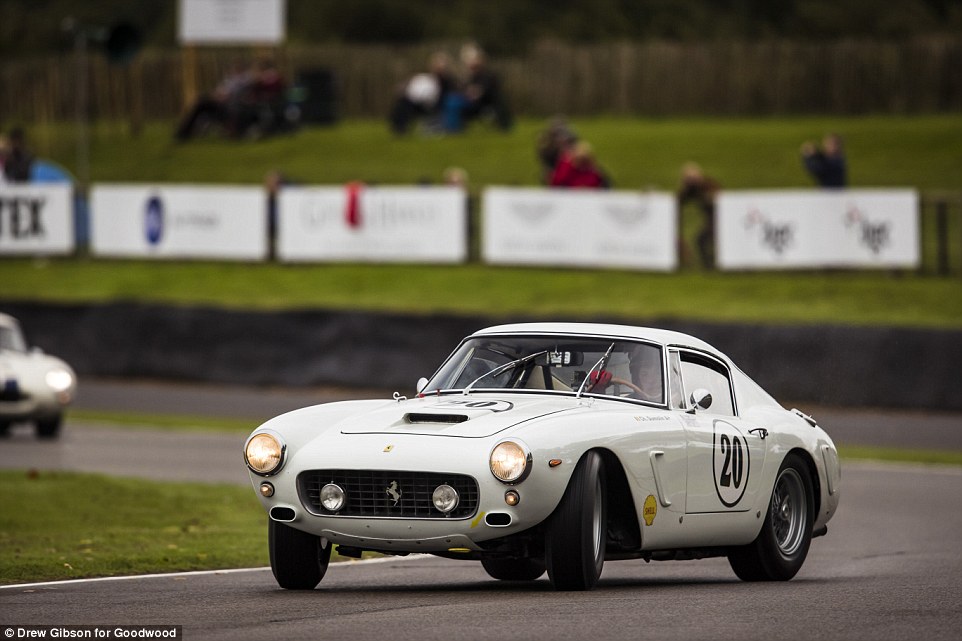 +18
It's the only place you'll get to see a multi-million pound pre-1963 Ferrari being driven like this
The hour-long event - which takes place through sunset and into dusk at the historical West Sussex circuit - will not only field the most expensive cars in the world, if they crash then it could become the priciest repair job ever known.
At the wheel of each of the 30 priceless vehicles will be seasoned racing drivers, whose adrenaline and competitive juices could soon dilute their fears of crashing an expensive motor.
Don't think of it as a bull in a china shop - more like 30 Tasmanian devils in an art gallery. 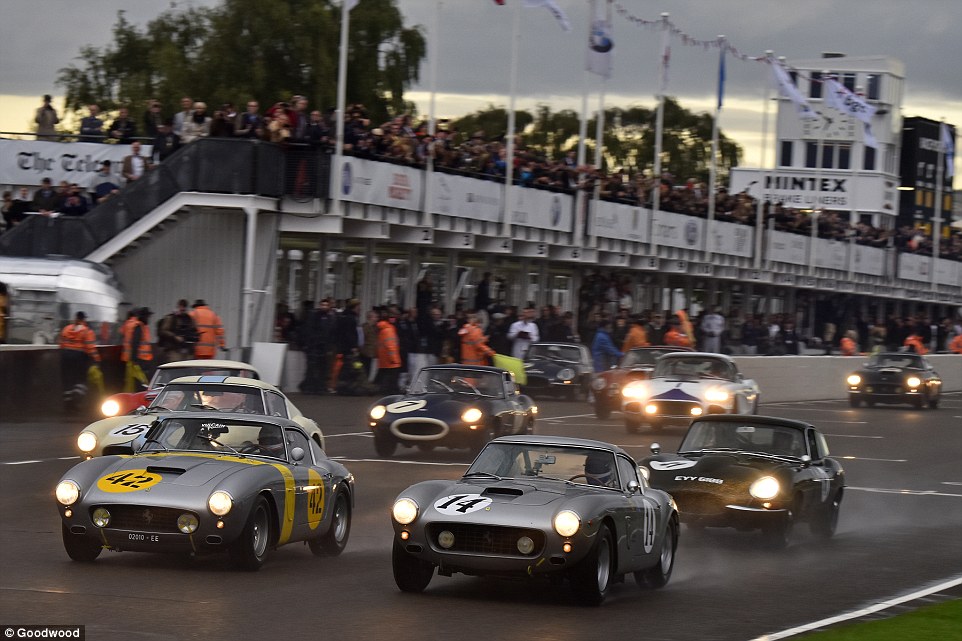 +18
The race will feature 30 priceless pre-1963 GT cars, most of which are worth seven-figure sums 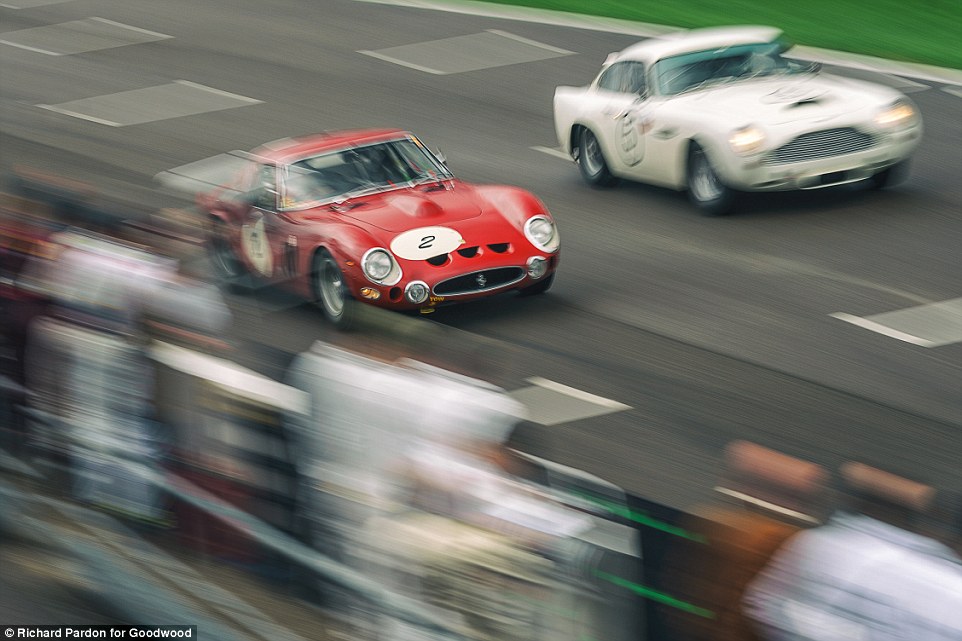 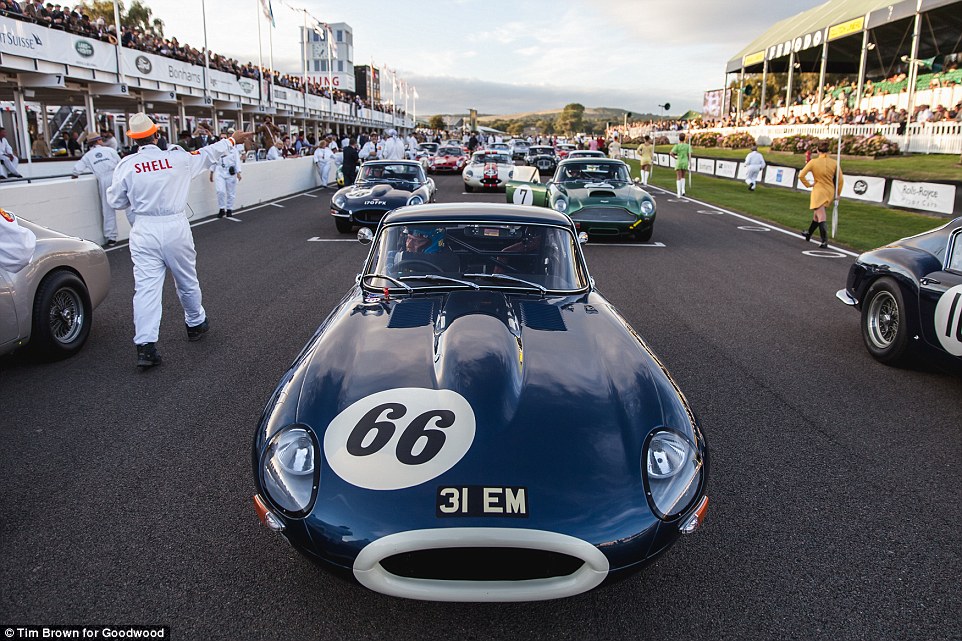 +18
A Jaguar E-Type on the grid surrounded by more E-Types, Aston Martin DB4 GTs and Ferrari 250 GT SWBs n the start like at last year's race 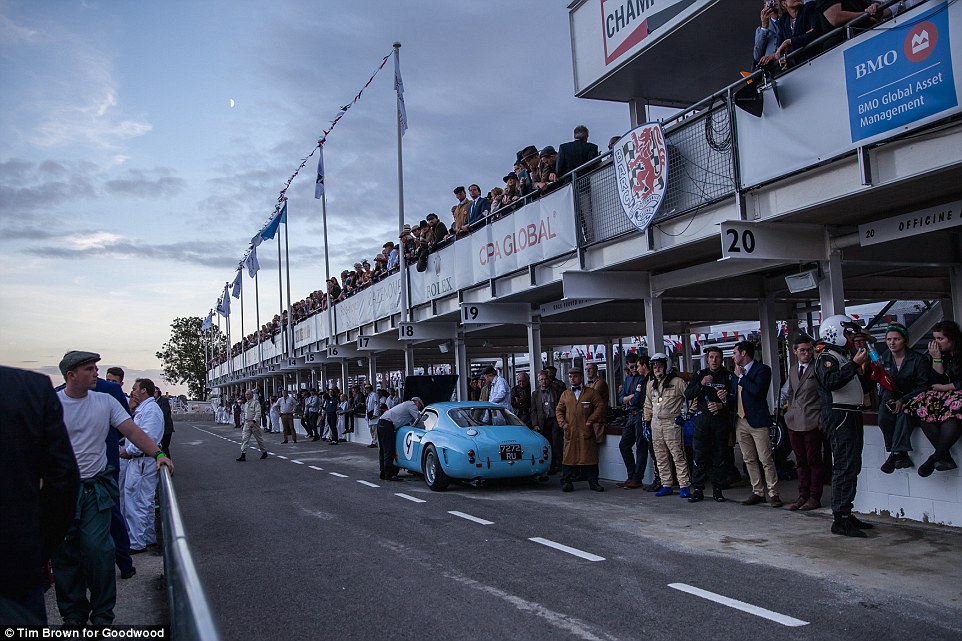 +18
The 30 cars will be piloted by seasoned racing drivers who will take turns at the wheel of some of the most valuable cars of all time
However, it's the Kinrara Trophy that takes centre stage.
Open only to period GT cars with a closed-cockpit and at least three-litres of engine capacity, the starting grid is a who's who of multi-million pound motors. 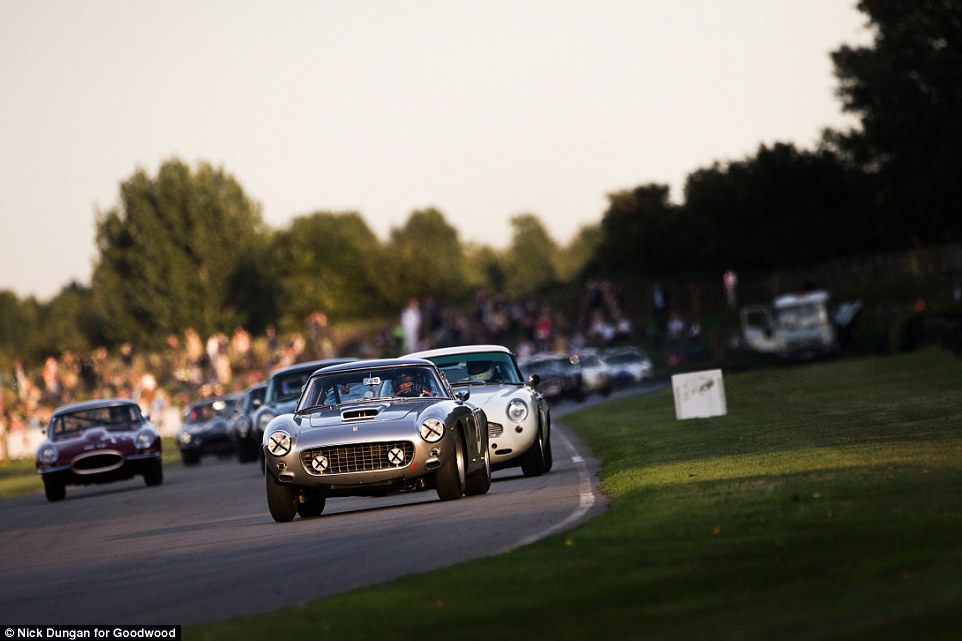 +18
The race lasts for an hour, which is a big ask of costly cars that are at least 55 years old 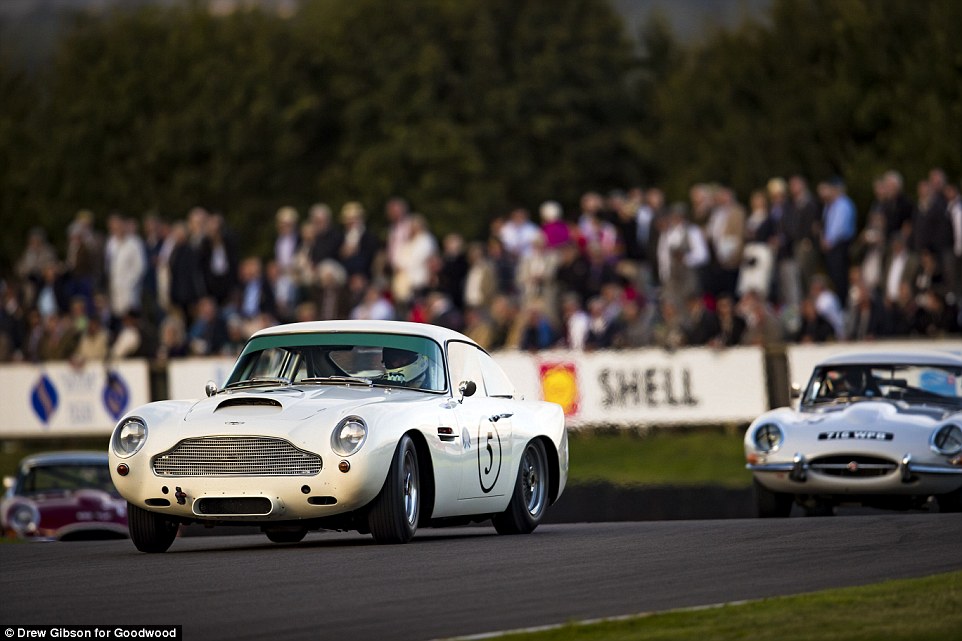 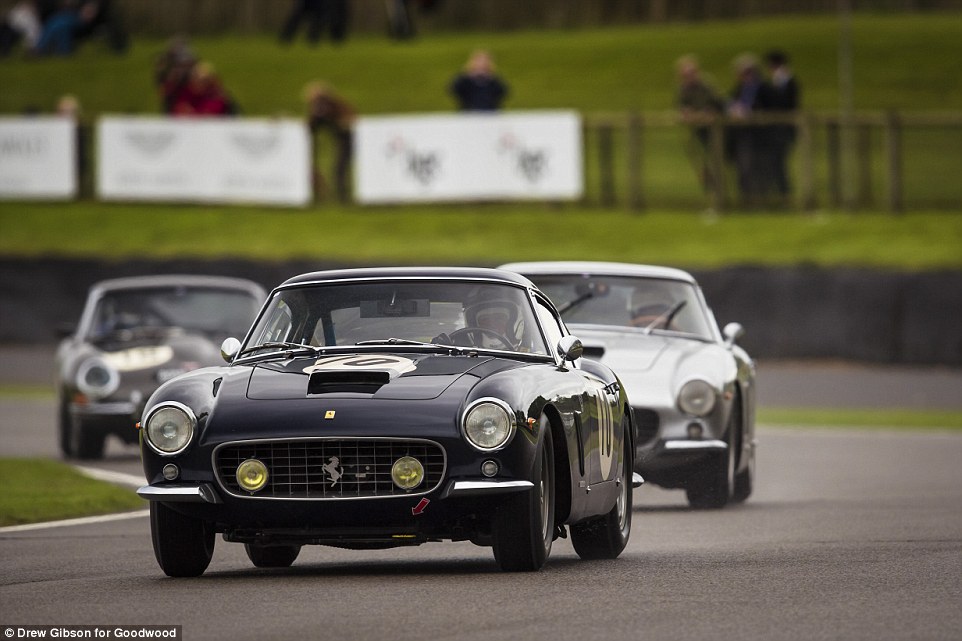 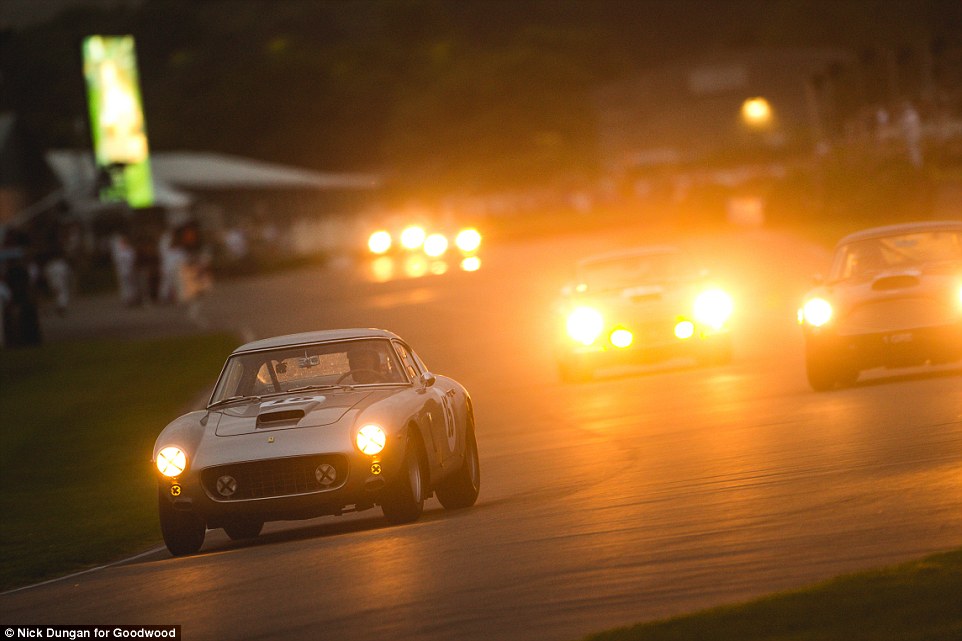 +18
A Ferrari 250 GT SWB is chased by an Aston Martin DB4 GT as they race after the sunset through into dusk
These Italian stallions will go head-to-head against four Aston Martin DB4 GTs and a phalanx of Jaguar E-types, plus two AC Cobras and a Maserati 3500 GT.
Forget Formula One - this is the race that will send the biggest shockwaves through your senses.
Not only are they some of the prettiest vehicles ever to be handcrafted, the soundtrack of Ferrari V12s, Aston Martin and Jaguar straight-sixes, and Cobra V8s will be an assault on your ear drums. 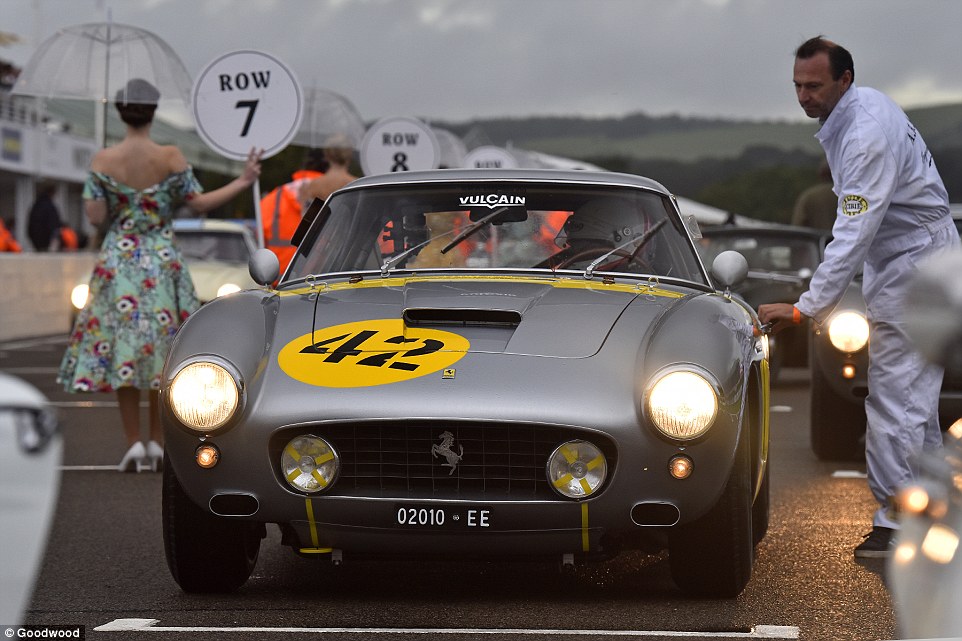 +18
If you want to hear a soundtrack of Ferrari V12 engines, then the Goodwood Revival is the motorsport event for you 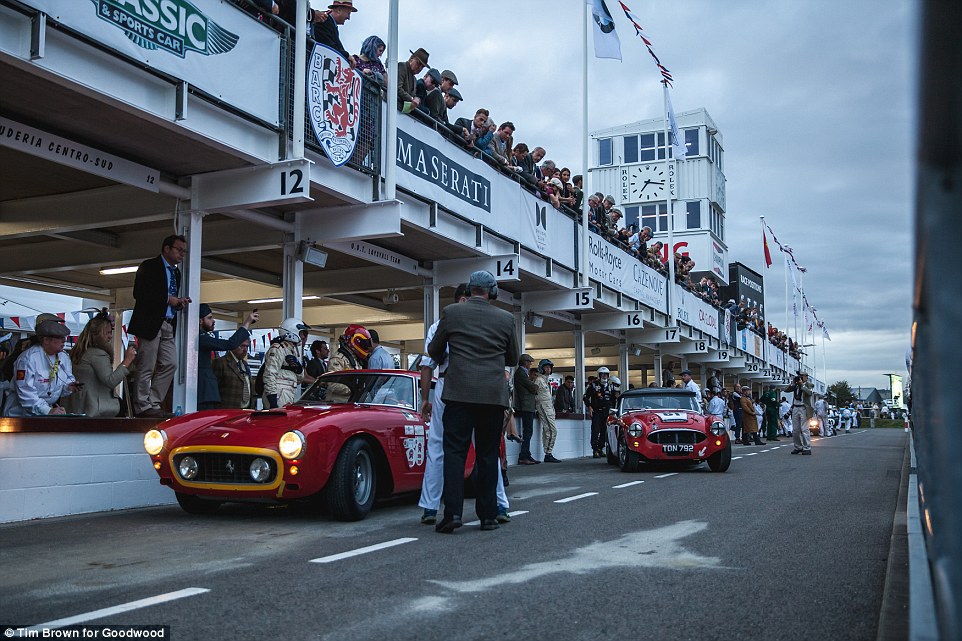 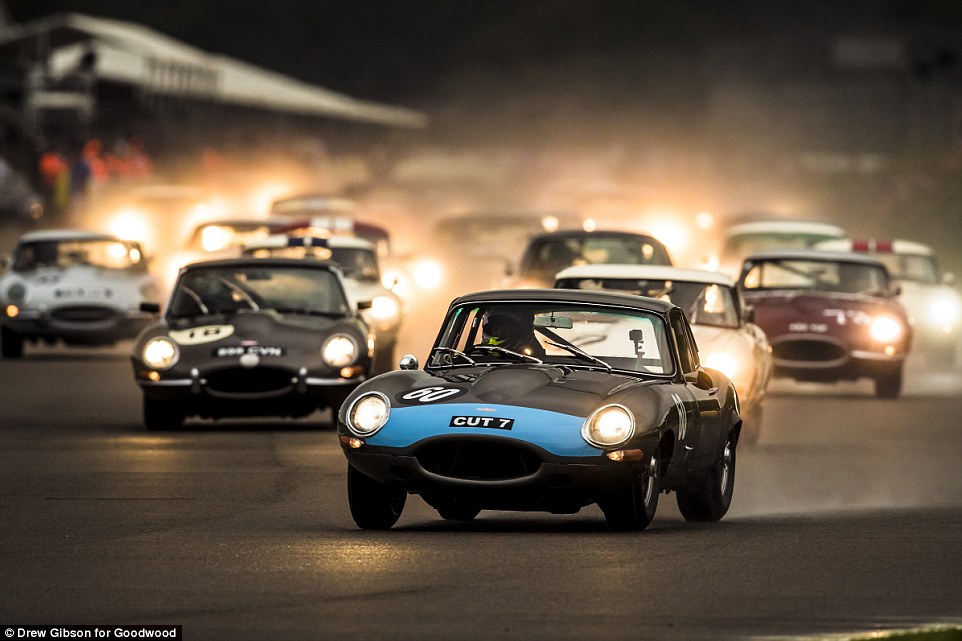 +18
There will be Jaguar E-types a plenty in the race. According to organisers, the 15 scheduled events will feature half a billion pounds worth of motors 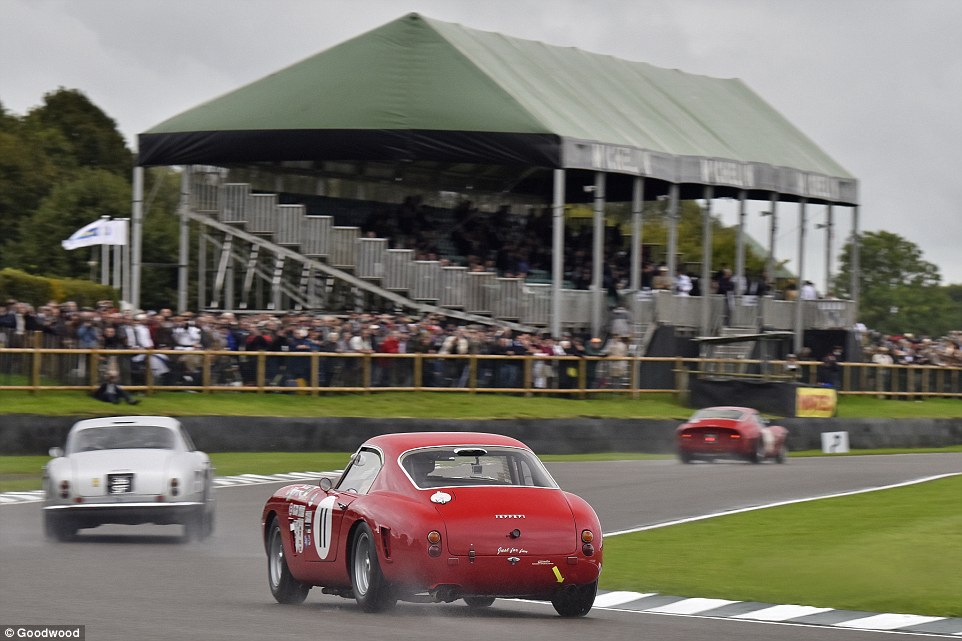 +18
Even when the conditions are less favourable, racers will still pilot the priceless vehicles against each other
The Duke of Richmond - who is the owned of the Goodwood estate - said: 'It is fitting that as we celebrate the 20th anniversary of the Revival, we have put together the most valuable Kinrara Trophy grid ever.
'Most would expect to find cars of this value locked away in a garage or museum. But at the Revival you will find them racing into the dusk, headlights blazing, and brake discs glowing as they roar around one of the fastest and most demanding circuits in the UK.
'It is a thrilling and unforgettable experience for spectators, and a nerve-tingling one for the owners and drivers. It truly is one of the greatest spectacles in motor racing and I look forward to seeing you all there.'
If this sounds like the race for you, tickets for the event are still available on the Goodwood website. 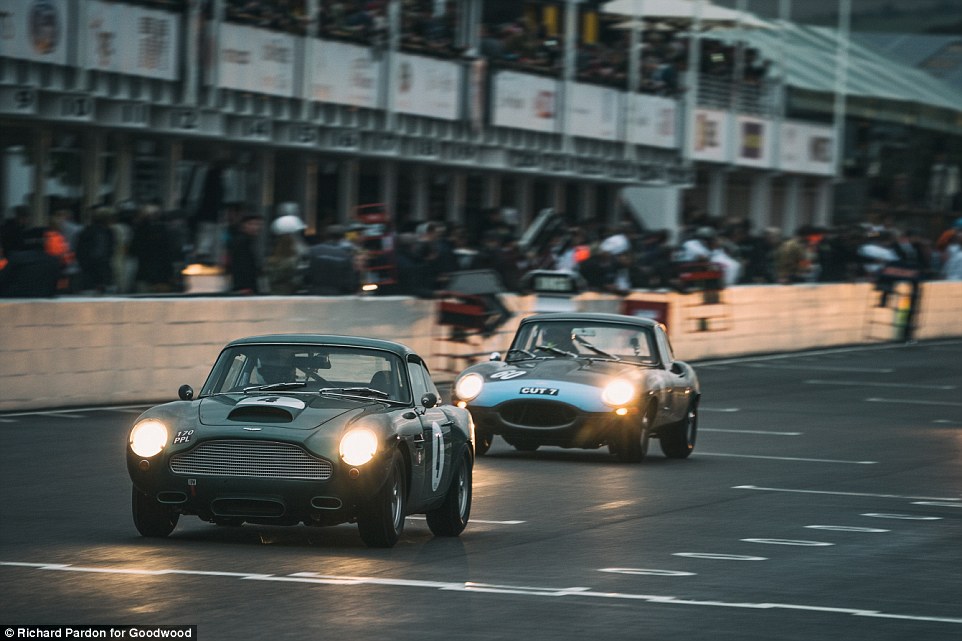 +18
With today's F1 cars worth around £10m each, not even the pinnacle of 2018 racing can match the price tag of the Revival 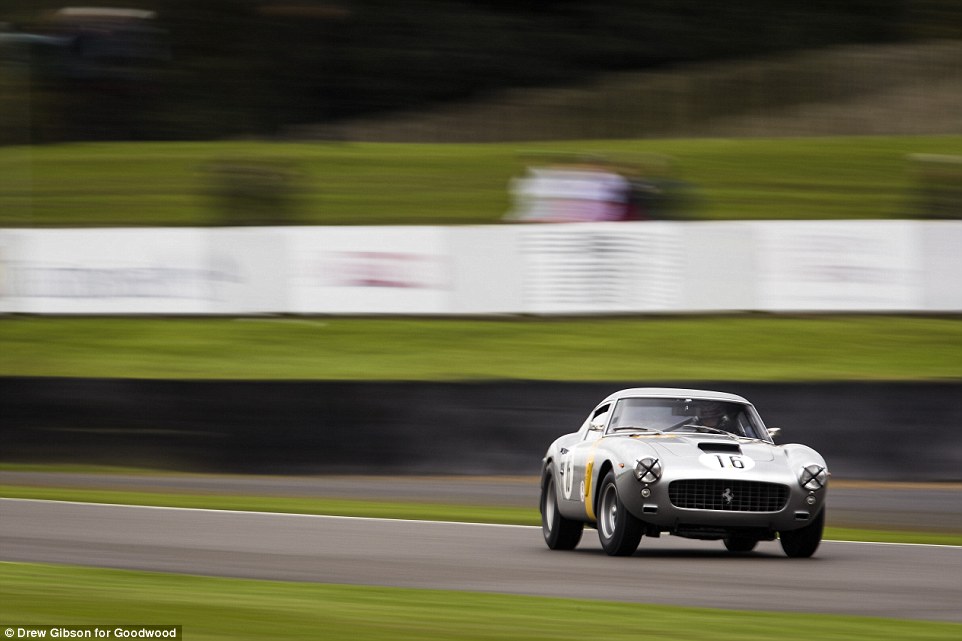 +18
Ferraris worth multiple millions tend to be kept in storage or museums, not driven flat out for an hour 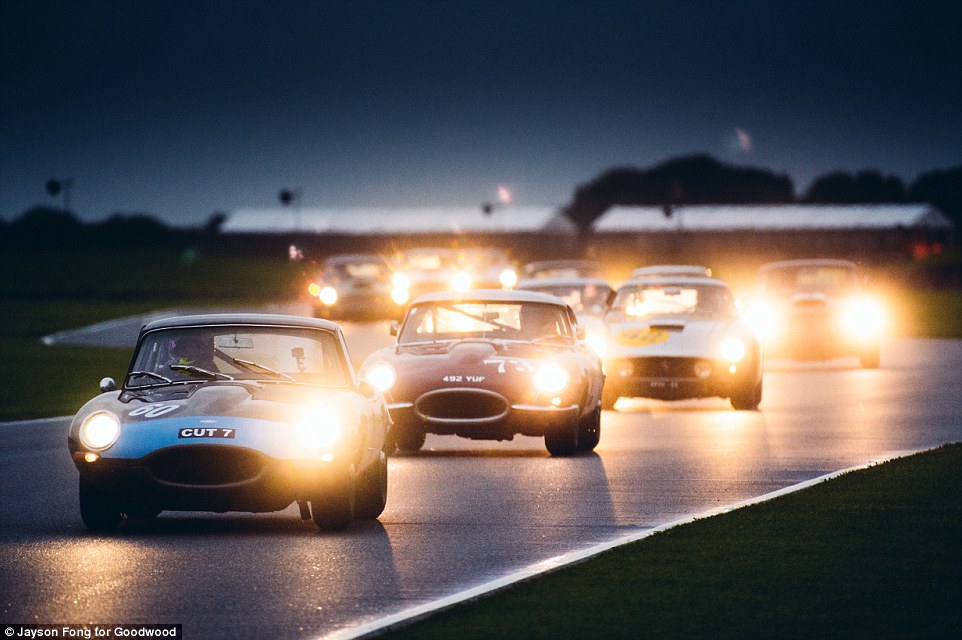 +18
The Duke of Richmond described the event as 'a thrilling and unforgettable experience for spectators, and a nerve-tingling one for the owners and drivers' 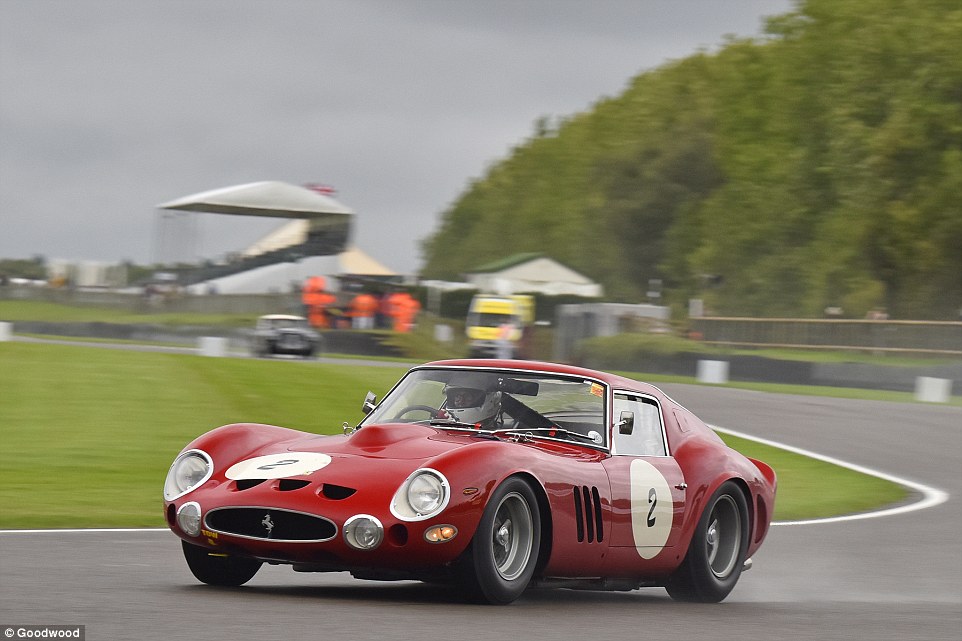 The chances of a shunt isn't as slim as you might think. That means this race could also be followed by the priciest repair bill ever sanctioned, especially if a Ferrari 250 GTO (pictured) is involved