America has real enemies, the shadow government like the cabal who control our money and the bosses, vermin who have infested the highest echelons of power. In the wake of their murder of JFK, they understandably feared exposure. The biggest threat was coming from honest, idealistic, politically-engaged citizens, most of whom leaned toward the political left in general.

~ When President Kennedy signed this Order, it returned to the Treasury Department the Constitutional power to create and issue money without going through the privately- owned Federal Reserve Bank. United States Notes were then issued as an interest-free currency.

~ President Kennedy was assassinated on November 22 1963 and the United States Notes he had issued were immediately taken out of circulation.

[...] Why did President Lyndon Baines Johnson not continue President Kennedy’s Executive order? Was he afraid for his own life?

While the source of this information does not come from Mainstream media, it is believable and available elsewhere on the Net, I have also seen a list of the private US banks that own the Fed, perhaps the above names are the actual people behind it all.

Yet they may not be omnipotent, the Israeli press (Ynet) is opinioning that Israel should no longer assume the US will automatically come to its aid.

No wonder Europe and the US are so close!

Thought by many to be a government organization maintained to provide financial accountability in the event of a domestic depression, the actual business of the Fed is shrouded in secrecy. Many Americans will be shocked to discover that the principle business of the Fed is to print money from nothing, lend it to the U.S. government and charge interest on these loans. Who keeps the interest? Good question. Find out as the connective tissue between this and other top-secret international organizations is explored and exposed.

In another disturbing finding, the GAO said that on Sept. 19, 2008, William Dudley, who is now the New York Fed president, was granted a waiver to let him keep investments in AIG and General Electric at the same time AIG and GE were given bailout funds. One reason the Fed did not make Dudley sell his holdings, according to the audit, was that it might have created the appearance of a conflict of interest.

To Sanders, the conclusion is simple. "No one who works for a firm receiving direct financial assistance from the Fed should be allowed to sit on the Fed's board of directors or be employed by the Fed," he said.

The investigation also revealed that the Fed outsourced most of its emergency lending programs to private contractors, many of which also were recipients of extremely low-interest and then-secret loans.

The Fed outsourced virtually all of the operations of their emergency lending programs to private contractors like JP Morgan Chase, Morgan Stanley, and Wells Fargo. The same firms also received trillions of dollars in Fed loans at near-zero interest rates. Altogether some two-thirds of the contracts that the Fed awarded to manage its emergency lending programs were no-bid contracts. Morgan Stanley was given the largest no-bid contract worth $108.4 million to help manage the Fed bailout of AIG.

A more detailed GAO investigation into potential conflicts of interest at the Fed is due on Oct. 18, but Sanders said one thing already is abundantly clear. "The Federal Reserve must be reformed to serve the needs of working families, not just CEOs on Wall Street."

The supreme illicit fraud of central banking embodied in the Federal Reserve, acts as a private piggybank for favored cartel thieves. The liquidity of unlimited credit transfers to banksters, especially at zero interest, financed by unimaginable new Treasury Bonds, indebting the American public; is a crime committed by outlaws. The significance of the evidence for the extent of the crony financial manipulations, that the controllers of international capital use to maintain their power strangle hold on humanity, needs to be fully exposed. Only when the beleaguered and downtrodden become sufficiently indignant to usury incarceration, will heads start to roll.

“The first top-to-bottom audit of the Federal Reserve uncovered eye-popping new details about how the U.S. provided a whopping $16 trillion in secret loans to bail out American and foreign banks and businesses during the worst economic crisis since the Great Depression. An amendment by Sen. Bernie Sanders to the Wall Street reform law passed one year ago this week directed the Government Accountability Office to conduct the study. “As a result of this audit, we now know that the Federal Reserve provided more than $16 trillion in total financial assistance to some of the largest financial institutions and corporations in the United States and throughout the world,” said Sanders. “This is a clear case of socialism for the rich and rugged, you’re-on-your-own individualism for everyone else.” 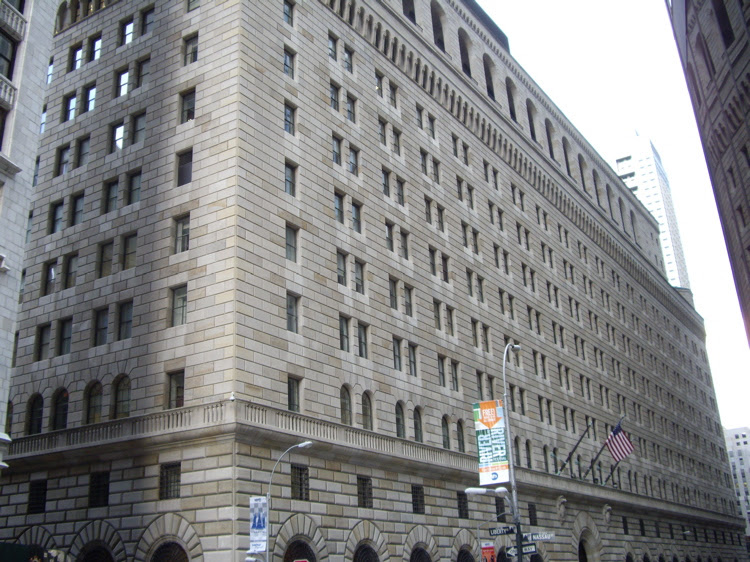 Yes, you read that correct, 16 TRILLION DOLLARS. When originally disclosed, there was minimal outrage.

“The FOMC approved these swap line arrangements to help address challenges in the global market for interbank lending in U.S. dollars. Many foreign banks held U.S. dollar-denominated assets and faced challenges borrowing in dollars to fund these assets. In contrast to U.S. commercial banks, foreign banks did not hold significant U.S. dollar deposits, and as a result, dollar funding strains were particularly acute for many foreign banks. The Board of Governors of the Federal Reserve System (Federal Reserve Board) staff memos recommending that the FOMC approve swap lines noted that continuing strains in dollar funding markets abroad could further exacerbate strains in U.S. funding markets. For example, foreign banks facing difficulties borrowing against U.S. dollar assets may have faced increased pressure to sell these assets at a time of stress, potentially putting downward pressure on prices for these assets. The dollar swap lines allowed foreign central banks to make dollar loans to banks in their jurisdictions without being forced to draw down dollar holdings of foreign exchange reserves or to acquire dollars directly in the foreign exchange market. An FRBNY staff paper noted that the dollar reserves of many foreign central banks at the start of the crisis were smaller than the amounts they borrowed under the swap lines and that efforts by foreign central banks to buy dollars in the market could have crowded out private transactions, making it more difficult for foreign banks to obtain dollars. This paper further noted that the Federal Reserve System (the Federal Reserve Board and Reserve Banks collectively) was in a unique position to provide dollars needed by foreign central banks to provide lender-of-last-resort liquidity to banks in their jurisdictions. The increase in reserves was offset through sales of Treasury securities and increasing incentives for depository institutions to hold excess reserves at FRBNY.”

“Another mystery that I would like to see addressed is the trillions of dollars of “off balance sheet transactions” that are unaccounted for at the Federal Reserve. This was brought up once during a Congressional hearing, but nobody seemed to have any answers.”

The $9,000,000,000,000 MISSING From The Federal Reserve YouTube captures the absurdity of Congressional oversight. The financial community that created fractional reserve banking is in total control of the political election process. As long as there is no accountability and consequences for outright theft, the money magicians continue to operate their fraudulent scheme of deception as the cornerstone of international economic transactions.

The FED’s grip on the global moneychangers’ racket is based upon maintaining the U.S. Federal Reserve funny money, as the reserve currency for the planet. The value and worth of Treasury Bills and Bonds are on the path to have the value of Reichsbank marks. Recognize the enemy that is destroying the country and world economy

Here is a candidate for president.

"We don't need to waste more money on a Commission." Spend let's say $30,000,000 at the most on $16,000,000,000,000? I guess that is too much to investigate on! Let's pay ourselves to the Bankers, because they love us,﻿ the Federal Reserve is of course Government-owned, if you say anything else, you are a crazy Conspiracy Theorist that hates freedom and liberty... Herman Cain is exposed as an operative. “
Posted by ASC at 8:12 PM