The United States has tested its first hypersonic glide vehicle, challenging Russia's lead in advanced weapons it, too, has been developing for years.
The U.S. Navy and Army, monitored by the Missile Defense Agency, announced Friday that they jointly conducted the launch of "a common hypersonic glide body (C-HGB), which flew at hypersonic speed to a designated impact point." The flight experiment took place Thursday at the Pacific Missile Range Facility in Kauai, Hawaii, and a Pentagon readout said it "will inform its ongoing development of systems designed to defend against adversary hypersonic weapons."
The U.S. military said it has a "goal of fielding hypersonic warfighting capabilities in the early- to mid-2020s." Lead vehicle designer Vice Admiral Johnny R. Wolfe, director of the Navy's Strategic Systems Programs, said Thursday's test built upon a previous flight experiment in October 2017.
Earlier that year, Russian President Vladimir Putin unveiled an arsenal of nuclear-capable, hypersonic and state-of-the-art weapons that included a boost-glide vehicle called Avangard. Moscow has claimed it could travel up to 27 times the speed of sound, though some in Washington and the Pentagon have shed doubts about this.

Still, the Russian leader has touted having outpaced the U.S. in nuclear missile technology for the first time in history. Putin's stated motivation for investing so heavily in these weapons is maintaining strategic stability after the U.S. withdrawal of arms agreements such as the Anti-Ballistic Missile (ABM) Treaty that paved the way for the development of for defensive systems off Russia's borders in Europe and Asia.
"While developing their anti-ballistic missile system, the Americans wanted to upset this strategic stability and balance thinking that if they created a missile defense umbrella, then the other side wouldn't be able to respond adequately if they use nuclear weapons," Putin told the state-run Tass Russian News Agency earlier this month.

READ MORE
"However, after having developed these modern [hypersonic] systems, including those which easily evade any anti-missile ballistic system, we maintain this strategic stability and strategic balance. It is essential not only for us, but also for global security," he added.

Manufacturing giant Lockheed Martin has released a promotional video showing what appears to be a simulated strike on Russian weapons systems. Pentagon’s No.1 weapons supplier Lockheed Martin Corp released a video dedicated to “Skunk Works”, the secret Research and development team at the company. It is responsible for a number of aircraft designs, including the U-2, the Lockheed SR-71 Blackbird, the Lockheed F-117 Nighthawk, Lockheed Martin F-22 Raptor, and the Lockheed Martin F-35 Lightning II, which are used in the air forces of several countries.
The short video includes footage of a simulated pre-emptive strike against a Russian-made S-400 missile defense system and Topol-M mobile intercontinental ballistic missile system. The video titled “Defining the Future of ISR & UAS Technology” shows fictitious footage of precision strike capabilities of a new cruise missile and a remotely piloted surveillance aircraft, detecting Topol road mobile complex with a division of S-400 missile defense systems.
The intercontinental ballistic missile is deployed in a Transporter Erector Launcher (TEL) canister mounted on cross-country 8-axle chassis on a mobile launch vehicle. The chassis incorporates jacks, gas and hydraulic drives and cylinders, with a power of several hundred tons, for jacking and leveling of the launcher, speeding up and slowing down (maintaining) elevation of the container with the missile in the vertical position.
The Topol is a family of Russian solid-propellant missiles of universal (silo and mobile) basing with a new control system, enhanced accuracy, larger payload, a new ABM-piercing system and other innovations.
The «Topol-M» (NATO reporting name: SS-27 “Sickle B”) is one of the most recent intercontinental ballistic missiles to be deployed by Russia and the first to be developed after the dissolution of the Soviet Union. It was developed from the RT-2PM Topol mobile intercontinental ballistic missile.
The ad highlights the mission of Lockheed's classified Research and Development subdivision known as 'Skunk Works,' which it says has been creating autonomous vehicles for more than 60 years.
Lockheed Martin is the US Defense Department's top supplier of advanced aerospace technology.
Lockheed Martin promo 'depicts attack on Russia' 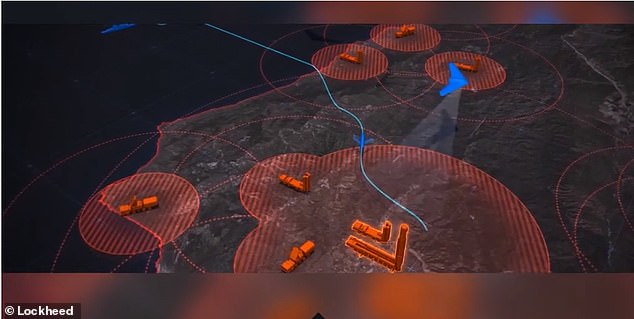 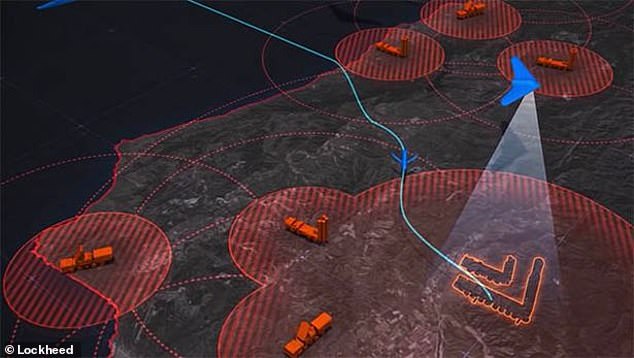 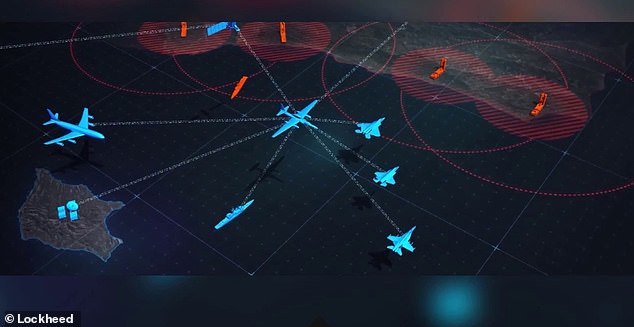 
WASHINGTON — The Pentagon made good on its word that it would test a hypersonic glide body in a flight test this year, launching it from the Pacific Missile Range Facility in Kauai, Hawaii, on March 19 at 10:30 p.m. local time.
The test was deemed a success.
The Common-Hypersonic Glide Body, or C-HGB, launched and flew at hypersonic speed to “a designated impact point,” according to a statement issued March 20 by the Department of Defense. The test was a joint effort between the Navy and Army.
Hypersonic weapons are capable of flying faster than the speed of sound — Mach 5 — and can maneuver between varying altitudes and azimuths, making it harder to detect.
The DoD has been jointly developing the C-HGB that will serve as the base of its offensive hypersonic missile. The test marks a major step forward in accomplishing that mission amid mounting criticism that the United States is behind China and Russia in hypersonic weapons development.
The C-HGB will be made up of the weapon’s warhead, guidance system, cabling and thermal protection shield. Each service will use the C-HGB as the base while developing individual weapon systems such as launchers capable of firing the weapons from land or sea.

The Missile Defense Agency monitored the test and gathered tracking data to help inform system development and design of a defensive hypersonic weapon — a ongoing effort within the agency — the statement noted.
Hypersonic weapons development is one of the DoD’s highest development priorities, and it is aiming to field a hypersonic weapon in the early to mid-2020s.
“This test builds on the success we had with Flight Experiment 1 in October 2017, in which our C-HGB achieved sustained hypersonic glide at our target distances,” said Vice Adm. Johnny Wolfe, the Navy’s director of Strategic Systems Programs. His outfit is leading the design of the C-HGB.
“In this test we put additional stresses on the system and it was able to handle them all, due to the phenomenal expertise of our top notch team of individuals from across government, industry and academia,” he said. “Today we validated our design and are now ready to move to the next phase towards fielding a hypersonic strike capability.”
While the Navy has led the C-HGB’s design and development, the Army is leading its production development. There is no hypersonic weapon industrial base in the U.S., so the service is leading the charge with the defense industry to start it from the ground up. Industry has, however, developed warheads, glide bodies and other components.