Dodi Fayed's yacht, where he courted Princess Diana before their untimely deaths, sells for just £171,000

The pair were photographed relaxing on deck on board 'Cujo' in St Tropez in July 1997 before the couple were killed in a car crash in Paris on 31st August
The boat went for a bid of £171,000, a price which many deemed surprisingly low

The glamorous yacht where Dodi Fayed and Princess Diana spent their final holiday together has been sold at auction.

Dodi and Diana were photographed enjoying each other's company on the boat, named 'Cujo', in July 1997, just weeks before their deaths in a Paris car crash on August 31st the same year.

Last week, the yacht was sold for £171,000, with some observers telling The Sunday Express that the bid was surprisingly low, sparking fears that the memory of Diana was 'fading'.

The Cujo (pictured) Dodi Fayed's former yacht, has been auctioned for £171,000. In the summer of 1997, before their untimely deaths, Dodi and Princess Diana enjoyed holidays on the vessel in St Tropez, France 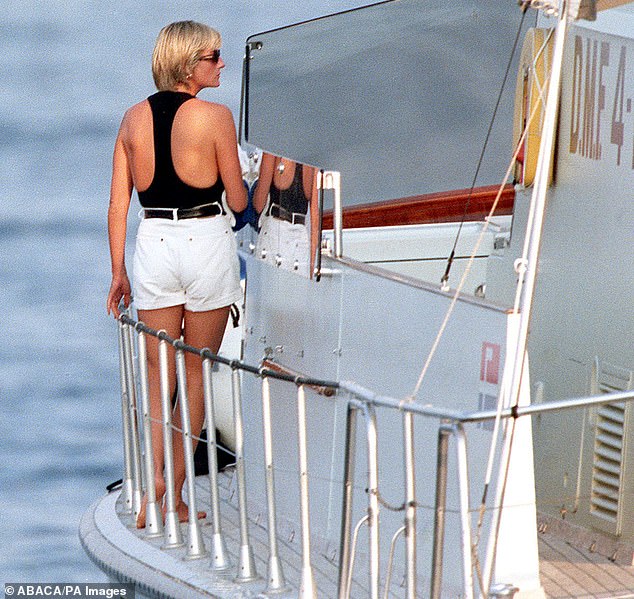 Diana walking along the deck on the Cujo, Dodi's yacht in July 1997. The ageing vessel was sold during a recent auction for £171,000 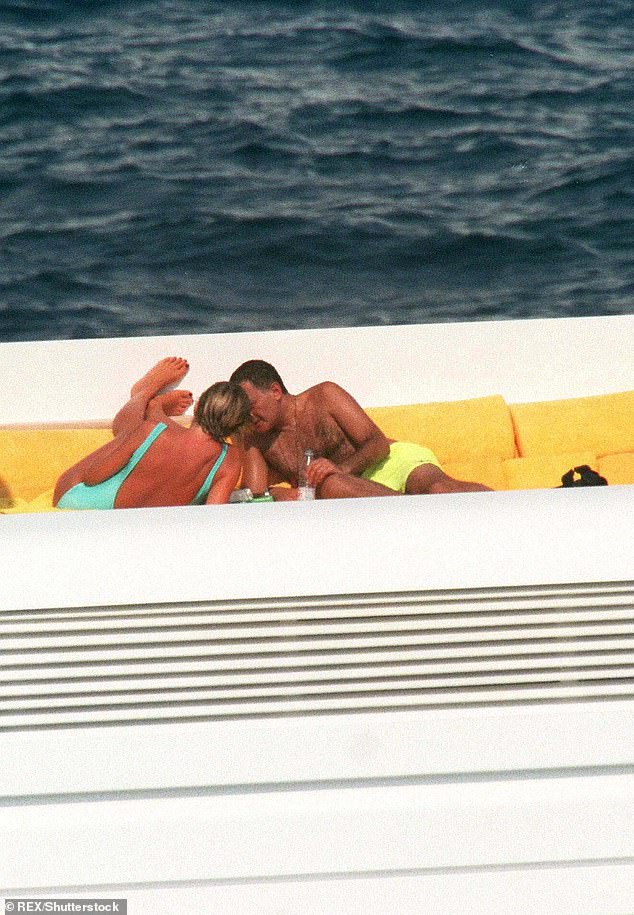 Final days: A snap of Diana and Dodi Fayed enjoying each other's company on his father's yacht Jonikal (now called the Sokar) in St Tropez in the summer of 1997

Royal author Margaret Holder, who penned Diana: The Caring Princess, a look at the Princess of Wales' life published in 1999, said she felt it was: 'a shame that this historic boat didn't attract a higher bid as a remarkable souvenir of the last days of Diana's life.'
She added she felt it was surprising that royal fans did not pay more for the historical memorabilia.

'Not long ago one could have expected a bidding war between wealthy Diana fans,' she said.

'I hope this isn't a sign that memories of her unique allure are fading," she added.

Diana was famously photographed kissing Dodi on the vessel's deck and sunbathing on his father's yacht's diving board that same summer.

The boat was used by Dodi as the venue for lavish parties in the South of France, mainly in St Tropez.

In the summer of 1997, the millionaire son of former Harrods owner Mohammed Al-Fayed entertained the former Princess of Wales on the yacht. 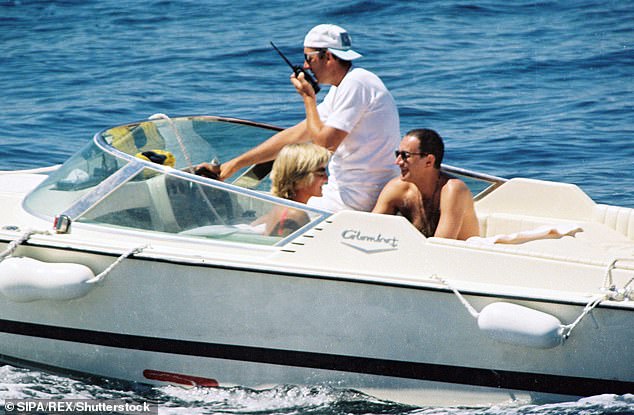 The couple were photographed all summer long in 1997, a year after Diana's divorce from Prince Charles, which was finalised in August 1996 (pictured on a speedboat in St Tropez in July 1997)

The pair were photographed kissing and embracing on the deck almost a year after Diana and Prince Charles's divorce was agreed upon. Diana, then 36, was spotted strutting on the deck, making the most of the Mediterranean sun and her new romance.

The couple also spent most of their time of Dodi's father Mohammed's super yacht the Jonikal (now known as the Sokar) that same summer.

A snap of the former royal gazing into the distance from the yacht's diving board was one of the last pictures ever taken of Diana.

The couple died in a tragic car accident which shook the world on August 31 1997 in Paris, which killed their driver, Henri Paul as well.

The yacht was built in 1972 by Baglietto Shipyard for entrepreneur and playboy John Von Neumann,. It was intended to be one of the fastest yachts around at the time.

After a few years, John Von Neumann sold the vessel to Mohammed Kashoggi, who later sold it to his cousin: Dodi Fayed.

Following Dodi and Diana's death, the ship was decked for years before Moody Fayed, Dodi's cousin, bought it from the family and refurbished it for £800,000 in 2016.
Posted by ASC at 5:52 PM