Entire ghost town for sale at less than $1million

Their bust is your boon.

The town of Bradian in Canada's British Columbia was abandoned in the 1970s when the local gold mine closed, and now it's for sale at just $995,000.

That includes all 50 acres of the mountain hamlet, including 22 empty homes that will need a lot of attention to make habitable again.

The town was established in the 1930s, in the middle of Canada's gold rush, by families who came to work at the nearby Bralorne mine. 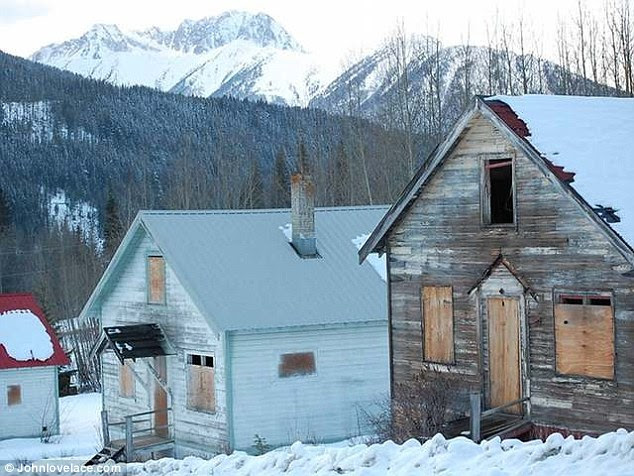 Ghost town: The abandoned town of Bradian in Canada's British Columbia has hit the market with an asking price of about $907,000 U.S. dollars 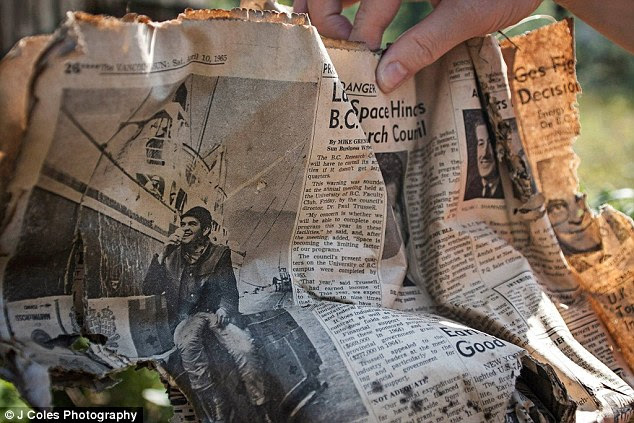 Abandoned: The small town was established in the 1930s, in the middle of Canada's gold rush, when families flocked to Bradian to work at the nearby Bralorne mine. Above, a 1960s newspaper found on the 50-acre property 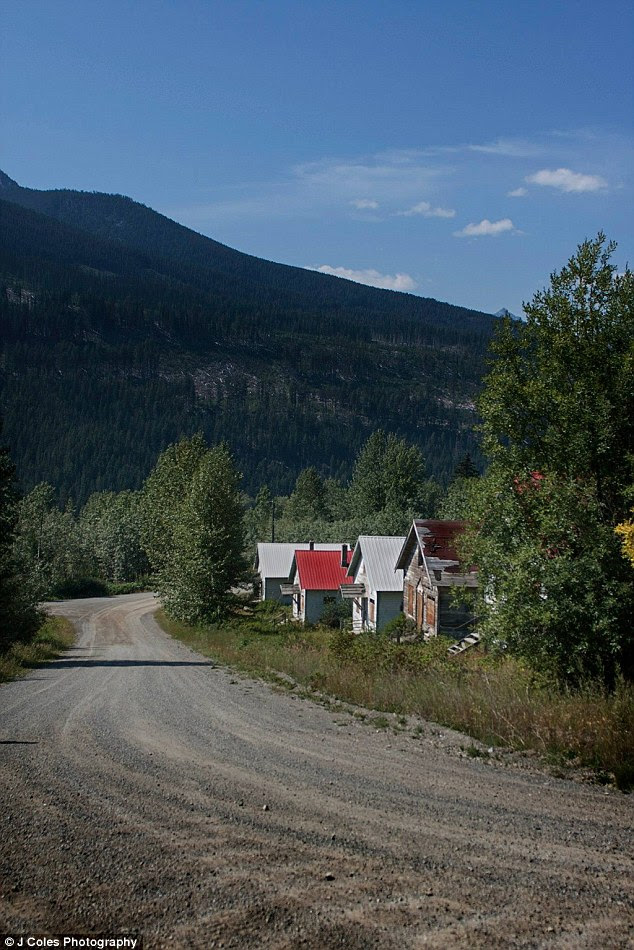 Shut down: The town was abandoned in the 1970s when the mine closed and there was no longer any work for the locals 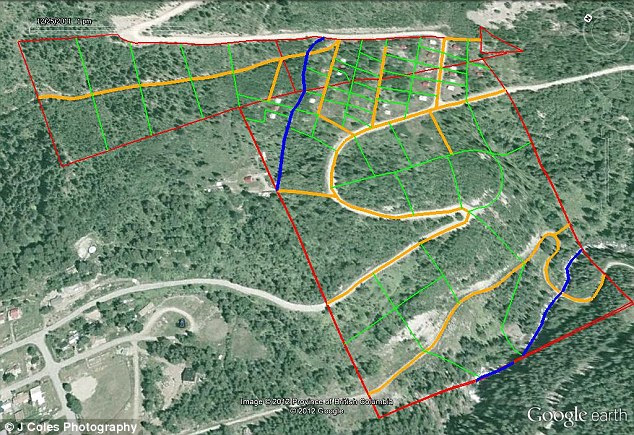 Rural: Bradian is located four hours from Vancouver and two hours from ski-resort Whistler. It includes 50 acres of property and 22 abandoned homes

For 40 years, the mine was one of the biggest gold producers in Canada, turning out $4million ounces of the precious metal.

But the mine closed in 1971 when the price of gold dropped and the operators couldn't turn a profit.

By the end of the 70s, the town was completely abandoned and the homes fell into disrepair.

In 1997, Vancouver couple Tom and Katherine Gutenberg, senior flight attendants for Air Canada, bought the town as a fun project for their family. 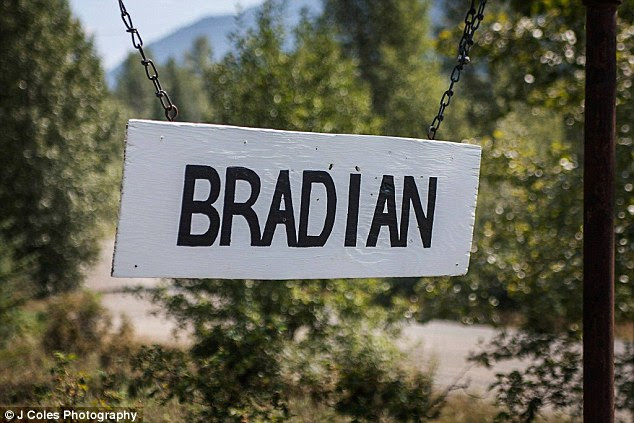 Gold in the hills: For 40 years, Bralorne mine was one of the biggest producers of gold in Canada, turning out $4million in the previous metal 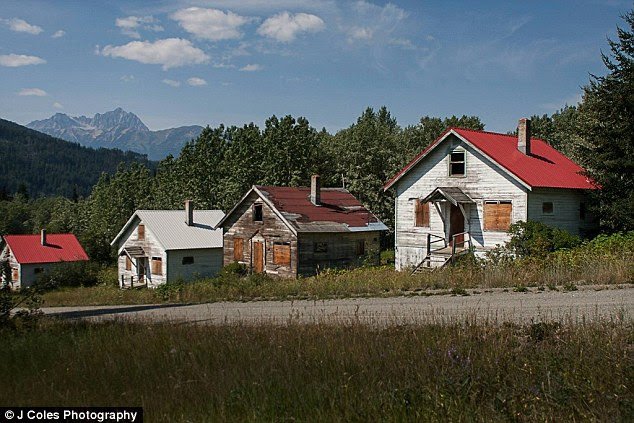 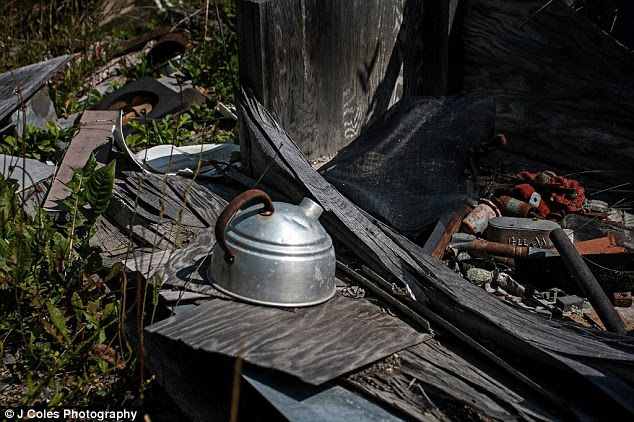 Bonding: The Gutenbergs spent vacations and holidays at the property, working to fix it up with their two young children

'When he saw the town was falling apart, Tom thought, "Wouldn’t it be great for the family to save the town?"' listing agent John Lovelace told FoxNews.com.

Now that their two children are grown up though, the Gutenbergs rarely visit the town, and decided to put it up for sale.

Bradian was originally listed in 2010 with an asking price of $1.3million. 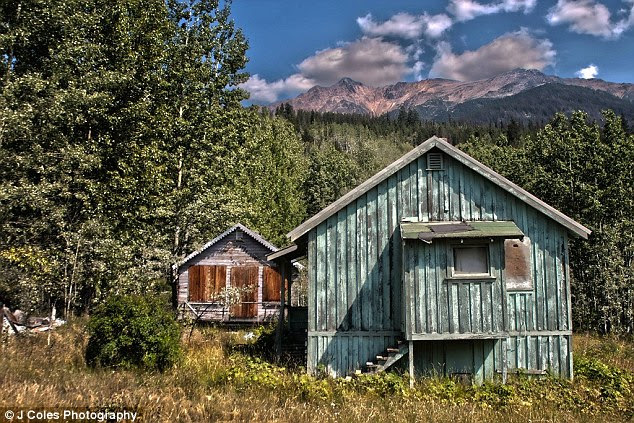 Moving on: Now that their children have grown, the Gutenbergs don't visit Bradian often and decided to put it up for sale 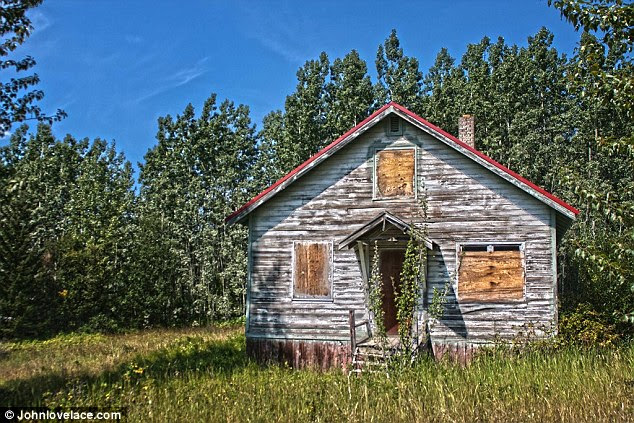 Discount: Bradian was initially listed in 2010 for $1.3million, but the owners bumped that price down recently 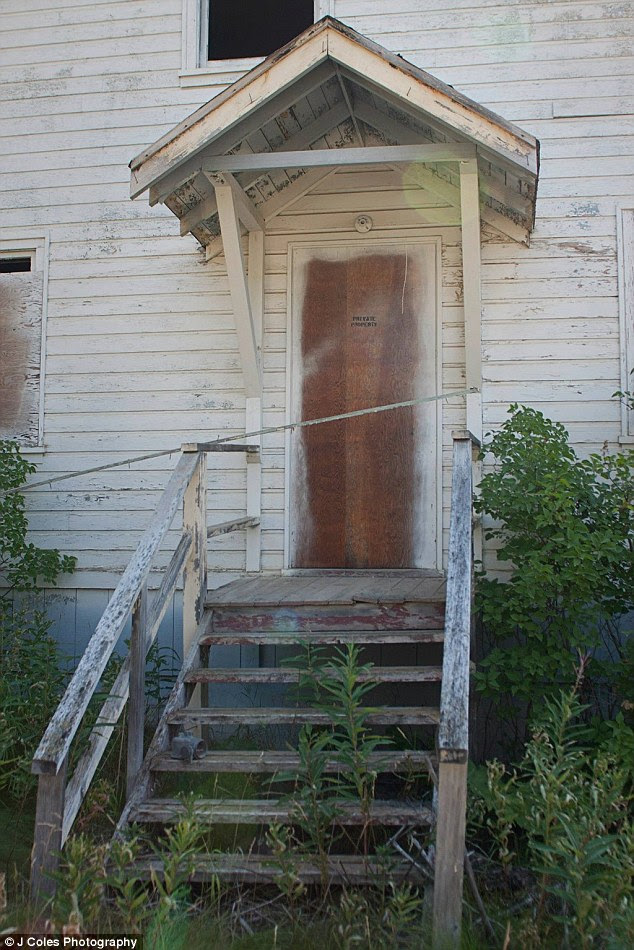 Excitement: The real estate agent says he's received more than 30 calls from people interested in the property - some even as far away as Australia 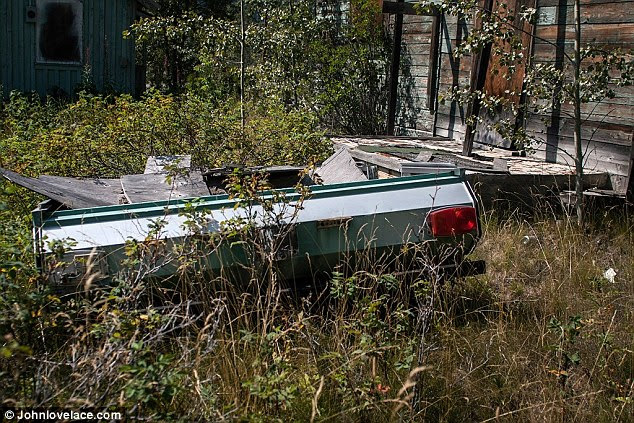 Promising: Lovelace says the property will take a lot of work to make habitable again, but it could prove a cash cow for whoever invests the money into it 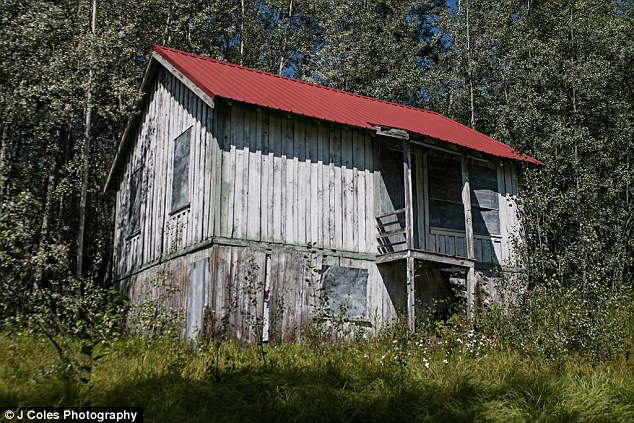 Potential: Lovelace thinks Bradian would be a great place to start a snowmobiling company

Lovelace says he's received more than 30 calls, emails and texts from people interested in the property - with some as far away as Australia.

However, Lovelace has not been shy about how much work the property needs.

'If somebody went in there with some money and they got the services up to speed and created those (vacant) lots, they’d make a crap load of money. But that’s a five to 10-year process,' he said. Lovelace hopes another young couple will take interest in the property in the same way the Gutenbergs did. He says it would also make a great location for a snowmobiling company.

Bradian isn't the only town to hit the real estate market in recent months. 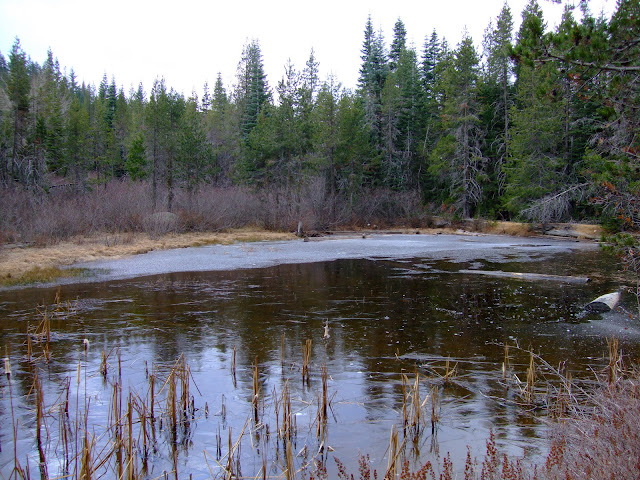 When the warm sun, that brings
Seed-time and harvest, has returned again,
'T is sweet to visit the still wood, where springs
The first flower of the plain.
I love the season well,
When forest glades are teeming with bright forms,
Nor dark and many-folded clouds foretell
The coming-on of storms.
From the earth's loosened mould
The sapling draws its sustenance, and thrives;
Though stricken to the heart with winter's cold,
The drooping tree revives.
The softly-warbled song
Comes from the pleasant woods, and colored wings
Glance quick in the bright sun, that moves along
The forest openings. 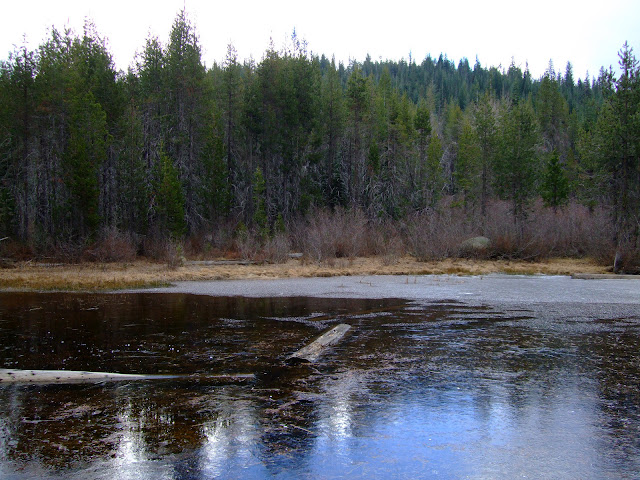 When the bright sunset fills
The silver woods with light, the green slope throws
Its shadows in the hollows of the hills,
And wide the upland glows.
And when the eve is born,
In the blue lake the sky, o'er-reaching far,
Is hollowed out and the moon dips her horn,
And twinkles many a star.
Inverted in the tide
Stand the gray rocks, and trembling shadows throw,
And the fair trees look over, side by side,
And see themselves below.
Sweet April! many a thought
Is wedded unto thee, as hearts are wed;
Nor shall they fail, till, to its autumn brought,
Life's golden fruit is shed. 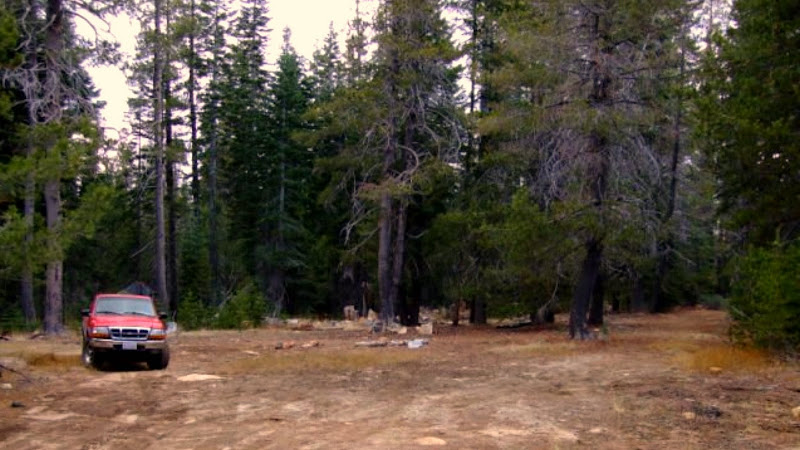 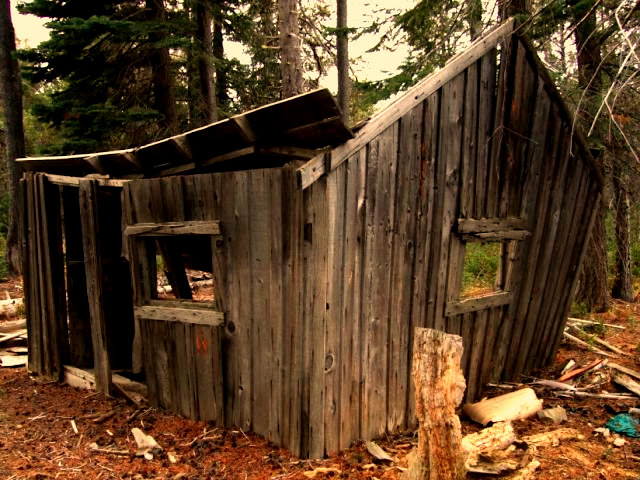 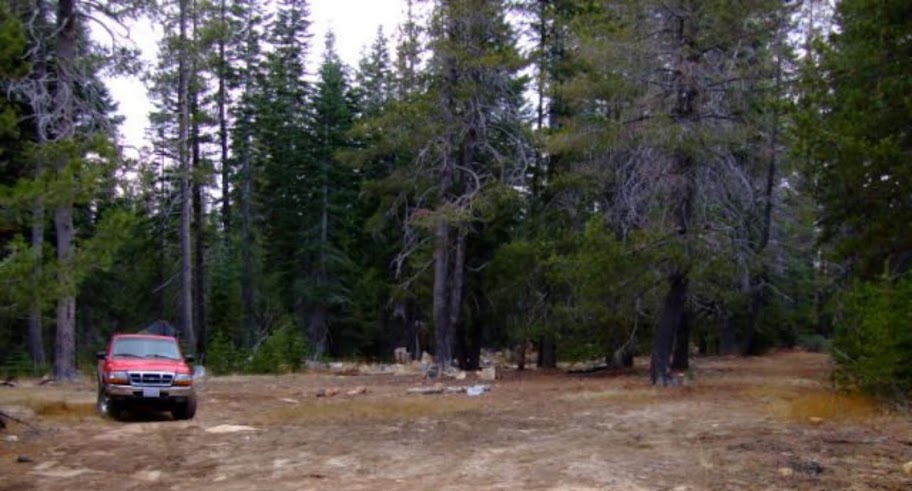 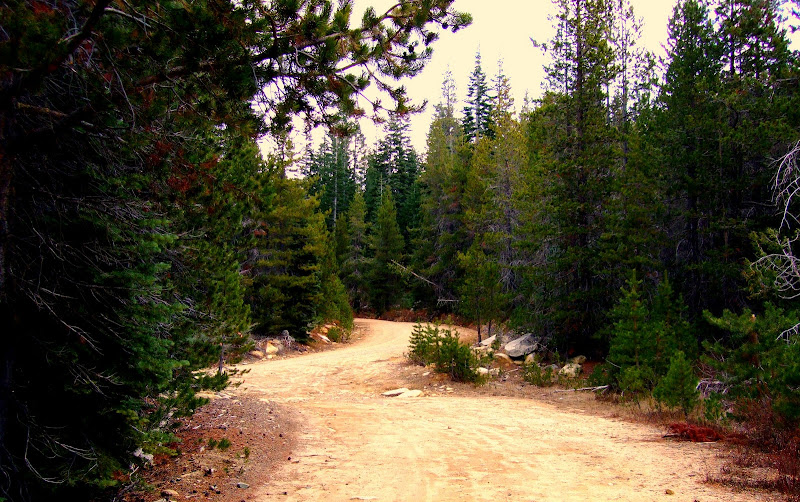 Whose woods these are I think I know.

His house is in the village, though;

He will not see me stopping here

To watch his woods fill up with snow.

My little horse must think it queer

To stop without a farmhouse near

Between the woods and frozen lake

The darkest evening of the year.

He gives his harness bells a shake

To ask if there is some mistake.

The only other sounds the sweep

Of easy wind and downy flake.

The woods are lovely, dark, and deep,

But I have promises to keep,

And miles to go before I sleep,

And miles to go before I sleep 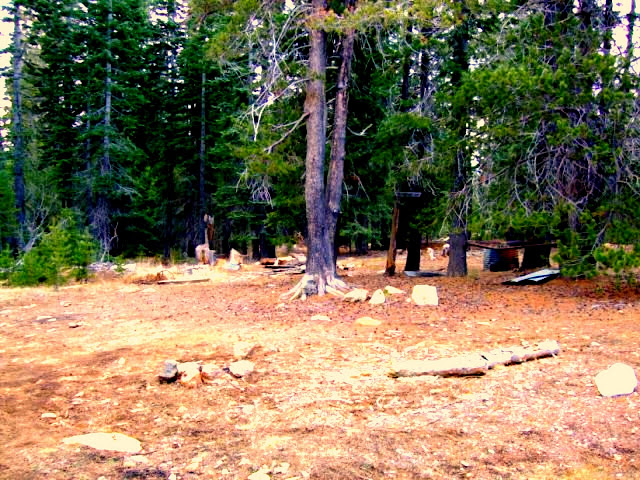 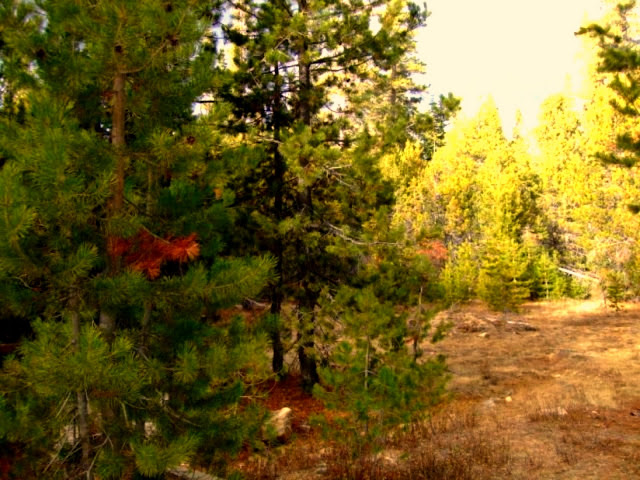 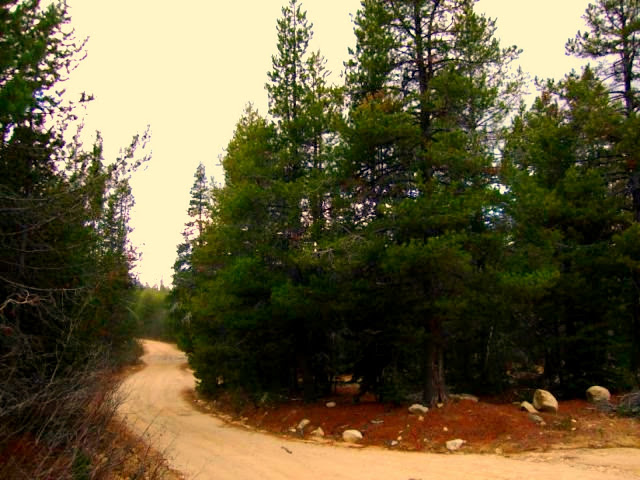 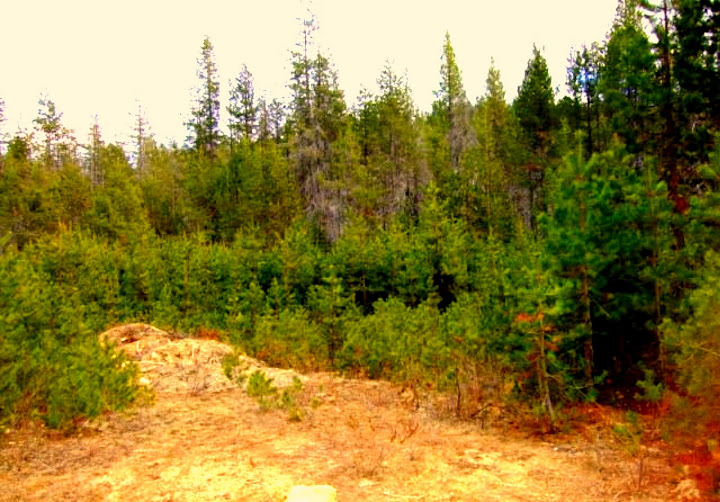