US army tanks and soldiers continued being deployed on Tuesday to an air base in southern Romania, after the first shipment of tanks had arrived the day before. The tanks were offloaded from a train in the village of Mihail Kogalniceanu, where they would be taken to a nearby military air base. The deployment, known as Operation Atlantic Resolve, is part of an American operation to reassure NATO allies and other partners concerned about Russia. Five hundred US soldiers will eventually be deployed at the Mihail Kogalniceanu Air Base in Constanta County. The operation foresees the continuous presence of an American armoured brigade combat team in Europe on a nine-month rotational basis.

A $152 million US-funded construction project will turn the former Soviet base of Campia Turzii in central Romania into new major hub for NATO aircraft in the Black Sea region. 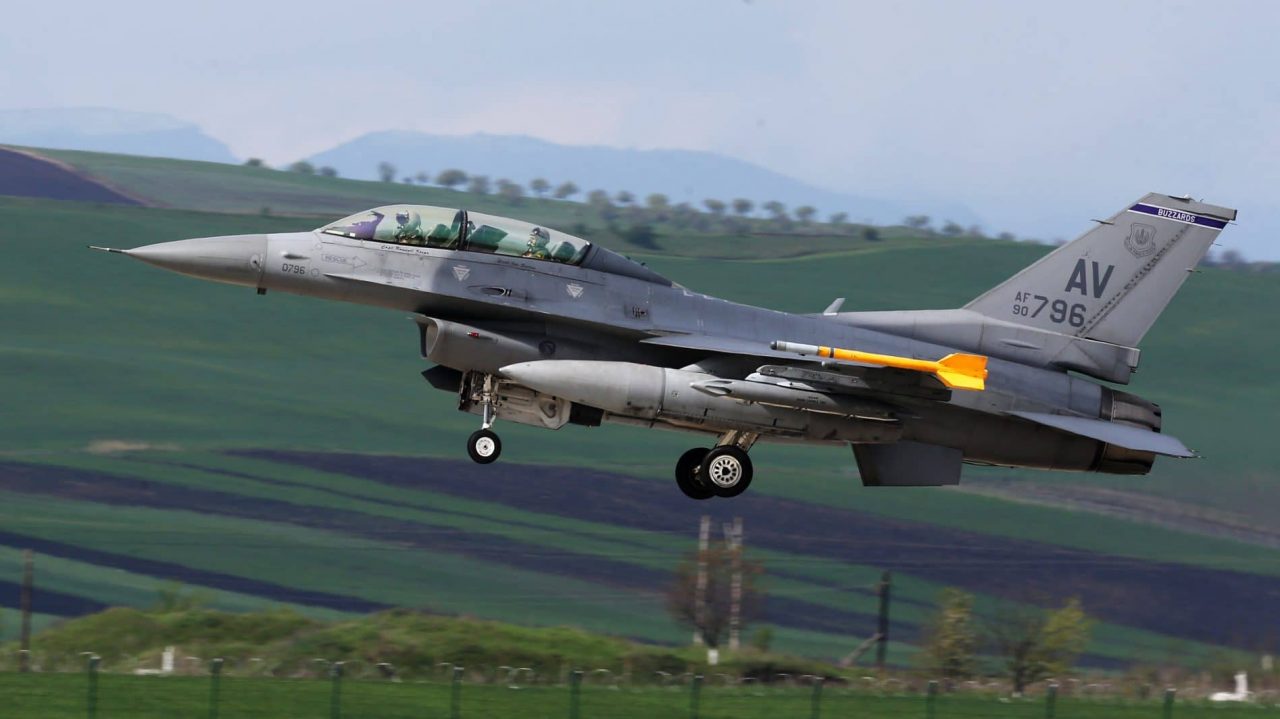 The US Air Force will this month start awarding contracts for construction work to upgrade the Campia Turzii base, enabling it to support heavy cargo aircraft and host fighter jets, boosting NATO’s capacities in the Black Sea area.

“We are getting ready to award four projects for construction between May and August 2021,” Darren Walls, a design and construction program manager at the European Deterrence Initiative launched by the US after Russia’s annexation of Crimea in 2014, said in a US Air Force statement quoted on Tuesday by Romanian media.

“The upgrade is important because Romania needs to boost its capacity to receive further NATO aircraft in case of a crisis or conflict that require a collective response,” former Romanian official and security expert Claudiu Degeratu told BIRN.

“Romania also needs a second major air base that meets NATO standards so it can serve its newly acquired F-16 jets,” Degeratu added.

He said that Russia’s buildup of troops around the Ukrainian border in April “shows that a quick renovation of the Campia Turzii base is needed”.

Romania and its US allies already have a large NATO airbase at Mihail Kogalniceanu near the Black Sea. The improvements at Campia Turzii will increase the US and NATO’s capabilities to respond to any potential threats and deter Russia in the region.

US Navy Captain Scott Raymont, the US European Command’s Logistic Directorate chief engineer, explained recently that the reconstruction works at Campia Turzii “include the construction of airfield infrastructure and supporting facilities necessary”.

This will enable the base “to sustain the [US] Air Force’s combat operation and surveillance missions while increasing logistics capabilities in the theatre”, he added.

Following Russia’s annexation of Crimea, the Black Sea has become a strategic priority for the US and NATO defence in Europe, as the Kremlin has heavily increased its activity and presence near the Western military alliance’s south-eastern flank.

As a result, the US and Romania have intensified their military cooperation. Former US President Donald Trump’s administration planned to redeploy some of the US troops he ordered out of Germany last year to Romania and Poland – a move welcomed by Romanian and Polish officials.

On May 10 this year, leaders of Central and Eastern European NATO member states met in Bucharest to discuss the recent mass deployment of Russian troops near the Ukrainian border.

“I advocated a bigger presence of the alliance and the US in the south of the [NATO] eastern flank,” Romanian President Klaus Iohannis said he told his US counterpart Joe Biden, who took part in the summit remotely.

Security analyst Degeratu said this was “a message to Biden so he continues Trump’s policy to redeploy troops in the region”.
Romania has become the first country to have a Patriot surface-to-air missile system in the Black Sea region, an area where Russia is increasingly perceived as a growing threat by Romania, the US and their NATO allies. 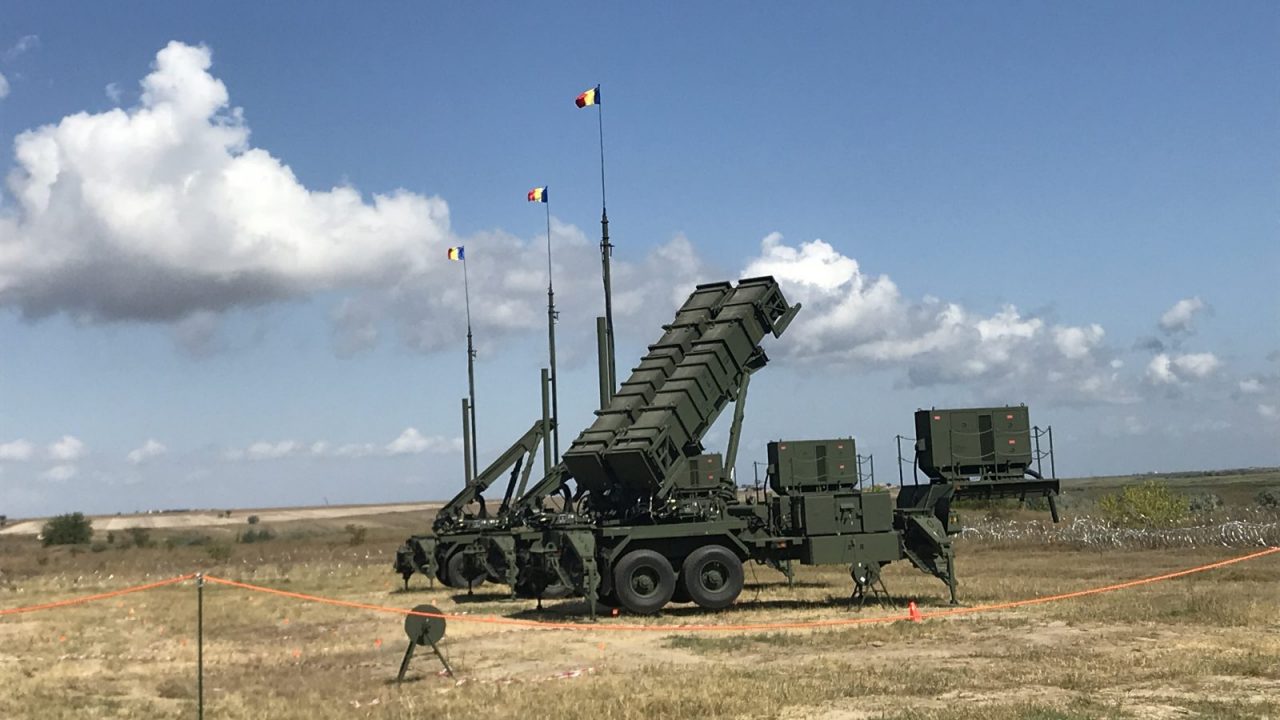 Romania on Thursday received the first Patriot surface-to-air missile system acquired from US defense giants Raytheon and Lockheed-Martin, which has been hailed as a crucial step towards strengthening the country’s air defences in the Black Sea region, where Russia is increasingly active.

“The set-up of the first Patriot system is only a first step towards building a formidable air defence capability for our country, which will significantly contribute to consolidating deterrence and the defence of NATO on its eastern flank,” Romania’s Defence Minister, Nicolae Ciuca, said at the unveiling ceremony at the Cape Midia military base near the Black Sea port of Constanta.

Speaking at Cape Midia, the US ambassador to Bucharest, Adrian Zuckerman, saluted the acquisition of the Patriot system as a stride towards Romania becoming capable of defending itself and its NATO allies from threats. He singled out Russia and China among these threats.
Romania is the seventh NATO country to acquire Patriot missile systems, the first in the Black Sea region and the second in Eastern Europe after Poland.

Globally, Romania is the 17th country to buy this US-built defence technology – Patriot being the acronym of Phased Array Tracking Radar to Intercept on Target – and which is capable of intercepting aircraft and both cruise and ballistic missiles.


“The acquisition of these systems solves a big problem for Romania’s national defence system,” military expert Claudiu Degeratu told BIRN. “We inherited only missile systems produced in the former USSR; Romania did not acquire anything of relevance in this field after [the advent of democracy in] 1990,” he added.

Degeratu explained that the purchase of the Patriot systems should be seen in the light of Russia’s “accelerated militarization of the peninsula of Crimea following its annexation of this region”, from Ukraine in 2014.

In recent years, Romania has stepped up its defence capabilities in order to deter Russian advances in the region following the seizure of Crimea.

Since then, Russia has significantly increased its military might in the Black Sea, which Romania and its allies in NATO perceive as a threat.

These and other geopolitical developments have turned Romania into a cornerstone of US and NATO defence strategy in Europe.

Following the withdrawal of nearly 12,000 US troops from Germany, US officials have announced an intention to redeploy some them to Poland and Romania, to reinforce deterrence of Russia on NATO’s eastern flank.

The US already has two military bases in Romania and is planning to invest in turning the former Soviet airbase of Campia Turzii in Transylvania into a major hub from which to boost reconnaissance patrols over the Black Sea.