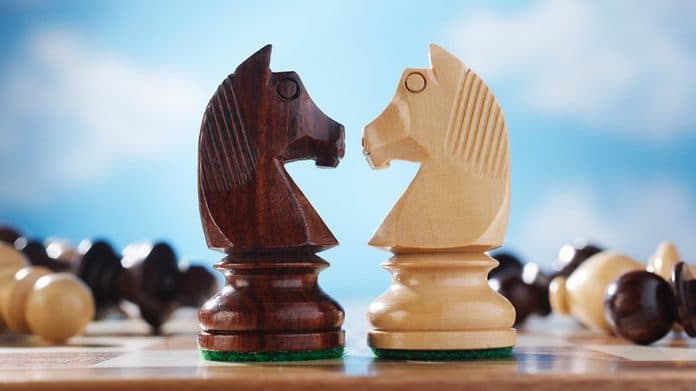 Tensions between Saudi Arabia and regional nemesis Iran are even higher than usual, with Riyadh targeting Tehran ally Hezbollah. If an actual military conflict between the two breaks out, who would have the best chance at prevailing?
The regional confrontation between the two nations separated geographically by the narrow Persian Gulf is deeply rooted in sectarian, political, and economic competition. Saudi Arabia and Iran follow the two rival sects of Islam with a long history of violence. They compete in the currently troubled energy market, with Tehran holding a grudge over the share it has lost due to sanctions imposed by Riyadh’s American patrons. They fight proxy battles, often violently, in places like Bahrain, Yemen, and Lebanon.
The recent flare-up comes as Saudi Crown Prince Mohammed bin Salman, who is considered the de-facto ruler of the country by many observers, is solidifying power through so-called anti-corruption operations against his rivals and appealing for foreign support with promises to modernize Saudi Arabia’s brand of Islam and massive investment in futuristic projects. 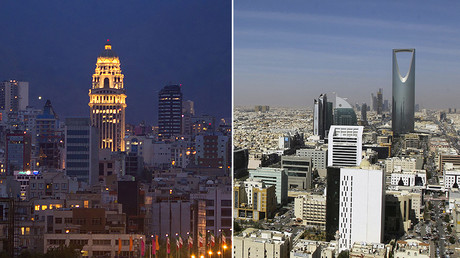 Saudi Arabia v Iran: What’s behind bitter feud between Middle Eastern powers?
The Saudi domestic struggle may stem from a series of foreign policy failures. Riyadh’s military intervention in Yemen, launched with much fanfare in 2015 to counter the Iran-aligned Houthi rebels, has become a quagmire. The crown prince was one of the key figures behind the decision, which has led to a major humanitarian disaster, but no military victory.
This year’s rift with Qatar and an economic blockade of the small Arab kingdom failed to produce swift concessions from Doha. If anything, it pushed Qatar closer to Iran, which offered logistical help, and Turkey, a country that wants to assert its own role in the region.
In Syria, Islamist militant groups favored by Saudi Arabia failed to topple the government in Damascus. Propped up by Russian air support and strengthened on the ground by Shiite militias and Iranian military instructors, the Syrian Army has essentially prevailed in the conflict.
Now Riyadh appears to be trying to stir problems for Iran in Lebanon, a nation divided along sectarian lines following a 15-year civil war that claimed 120,000 lives. One of the main developments of the war was the emergence of Hezbollah, a Shiite militant movement that is currently one of the most powerful forces in Lebanon, and part of a government formed under a power sharing agreement in 2016.
This month’s self-exile of Lebanese Sunni leader, Prime Minister Saad Hariri, announced from Riyadh, and Saudi Arabia’s indirect threat of a Qatar-style blockade, is stirring the old ghosts of the Lebanese Civil War. Hezbollah believes that Saudi Arabia is forcefully holding Hariri and that its actions amount to a declaration of war, while the Saudi government is reportedly seeking support from Israel in the confrontation with Iran.
With accusations flying, tensions running high, and anti-Iranian sentiment prevailing in the US government, the potential for serious clashes between Saudi Arabia and Iran is rising.

Predicting the outcome of a potential war based on statistics alone is pointless. For instance, Israel’s conflict with Hezbollah in 2006 ended in a draw, despite the IDF being far better funded and equipped. Still, the figures give an idea of what Tehran and Riyadh may bring into play in case of an escalation.
The website Global Firepower Index, which tracks the relative strength of national militaries, closely ranks the two nations. Saudi Arabia is estimated to be the world’s 24th-strongest nation, compared to Iran (21st).

Iran is three times more populous than Saudi Arabia and is able to field over 39 million soldiers compared to Saudi Arabia’s 14 million. Its total military personnel is estimated at 934,000, or 3.6 times larger than its rival.
In terms of military budget, the situation is the opposite. Tehran spends $6.3 billion on defense each year, while Riyadh’s budget is $56 billion. The gap may appear more impressive than it really is, until you take into account that Saudi Arabia gets most of its weapons from the United States at steep prices, while Iran prides itself on manufacturing whatever it can domestically. Its successes in areas like rocketry are apparent.

There is also the fact that different countries get different bang for their buck simply because goods and services have varying costs in each market. The website estimates Iran’s defense budget adjusted for purchasing power at $1.459 trillion, compared to Saudi Arabia’s at $1.731 trillion.
In terms of solid hardware, the Saudis beat Iran in the number of fighter jets and attack aircraft (177 and 245 vs. 137 and 137). Some of Iran’s planes are outdated American models left over from the times of the Shah, like the F-4 Phantom II, while others are Soviet and Chinese aircraft delivered from the late 1980s to early 1990s. The Royal Saudi Air Force is stacked with modern American, and some European, models. In case of war, Tehran hopes to shoot them down with surface-to-air missiles which it has been developing for years.

The naval strength of the two nations arguably favors Iran. The vast difference in the number of ships (398 vs. 55) is mostly due to Iran’s mosquito fleet of 230 patrol boats, but the Persians also boast something that the Arabs do not: submarines. Iran has 33 of them, ranging in displacement from small 10-ton Al-Sabehat 15 SDVs, all the way up to its three Russian Kilo-class attack subs delivered in the 1990s. If the US does not get involved (a big if), Iran may at the very least block all Saudi ships from sailing the Persian Gulf.

When it comes to large-scale ground battles, Iran has hardware numbers more or less on its side. It lags behind Saudi Arabia in terms of infantry fighting vehicles, but beats it in strength of tank units and vastly outnumbers in all kinds of artillery. But again, Iran’s ability to capitalize on this advantage will depend on whether it can defend the sky. 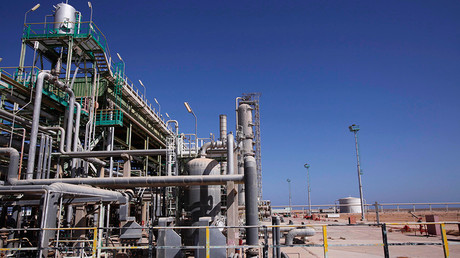 The war that would transform oil markets


Of course, if Iran and Saudi Arabia do come to blows, it would take a heavy toll on both countries and the rest of the world. Unlike the sporadic launches from Yemen, Iran’s ballistic missiles are more than capable of overwhelming Saudi defenses. But they may not be precise enough to avoid hitting non-military targets. Saudi Arabia’s record of killing civilians in Yemen leaves little room for hope that it would be more careful in a fight against Iran.
A conflict involving two major crude oil producers would also send oil prices skyrocketing, especially since a big share of the trade relies on the route through the Persian Gulf. One can use the hike on the news of the Saudi royal purge as a kind of preview of what may happen.
And if the two nations do clash, other players are unlikely to just stand by. The usual proxy forces will be spun to action. A real mess with little gain can be predicted, which is why, hopefully, it will not happen.
Posted by ASC at 8:44 AM