The Harvard Stem Cell Institute is developing new therapies to repair kidney damage, reducing the need for dialysis and transplantation.


Diabetes is a corrosive illness. The imbalance of blood sugar causes small changes in the body that slowly lead to blurry vision, skin rashes, and damaged nerves. In serious cases, diabetes wears away the path of blood to the kidneys, causing eventual organ failure. In fact, half of all kidney failures in the United States are caused by diabetes. For the majority of patients who end up on the waiting list for a kidney transplant, a diagnosis of kidney failure means a choice between dialysis and certain death.
Dialysis costs both time and money. Most patients must drive to a dialysis center three times per week to be hooked up to a machine for four hours per session. The annual costs for this treatment are about $80,000 per patient and rising. The total amount of private and public funds spent on the procedure will soon reach $50 billion per year. A single kidney transplant is equivalent in cost to about two-and-a-half years of dialysis, but it usually takes three years to find an available donor match.

Having identified the kidney cell types that are most susceptible to injury during diabetes, the HSCI Kidney Group now plans to target them with new drugs. In order to screen for potential drug targets, researchers must first identify genes that change in diabetic kidney cells, and then identify compounds that slow or stop the destructive gene expression. A drug for disease-related kidney damage has the potential to eliminate the need for dialysis.

The project with the greatest potential impact on diabetes patients is HSCI’s large, multi-disciplinary effort to create an artificial kidney using stem cells and nanotechnology.
The functional unit of the kidney is a nephron – a long tube that filters blood at one end and then turns that filtrate into urine. HSCI scientists plan to isolate kidney stem cells, mix them with soluble gels, and mold them into the architecture of a nephron. Scientists have already successfully created an artificial rat kidney that produces urine once transplanted into the animal, making artificial organ transplantation a highly possible reality for humans.


Paraplegic rats have walked after receiving stem cell therapy, new research reveals.
After just three weeks, 42 per cent of the rodents improved their ability to walk and support their weight, a study found.
Some 75 per cent of the animals were able to respond to stimuli on their back legs after being treated, the research adds.
Stem cells differentiate into specialised cells according to where they are in the body, however, for unclear reasons, the therapy was not successful in all of the study's rats.
Nonetheless, study author Dr Shulamit Levenberg from the Technion-Israel Institute of Technology, said: 'Although there is still some way to go before it can be applied in humans, this research gives hope.' 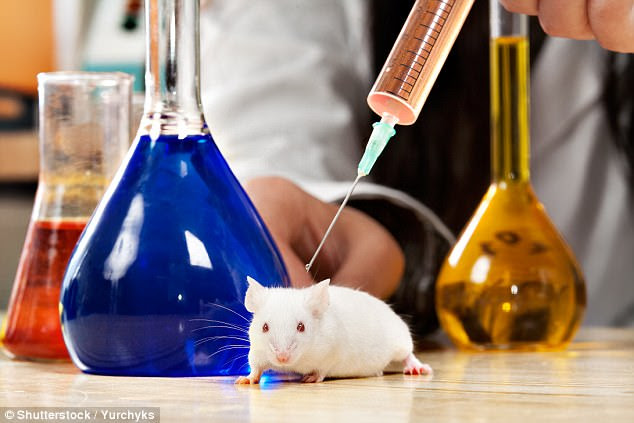 THE POWER OF STEM CELLS

Stem cells specialise into specific cells according to the area in the body they are inserted into.
Damaged spinal cord cells release toxins and cause inflammation that can lead to further damage.
Scientists are investigating whether stem cells can replace healthy cells to counterbalance this damage.
Yet, stem cells must be implanted shortly after injury before severe scarring can occur.
The extent of injury repair is also unclear.
Stem cells are typically taken from bone marrow or umbilical cord tissue.
They are checked for quality and any bacterial contamination before being given to patients.
Previous research by drug manufacturer Mesoblast in Melbourne found stem cell injections into the spine ease the discomfort of around half of chronic lower back pain sufferers for two years, with some even being symptom-free three years later.
The scientists believe injected stem cells reinflate vertebrae that have dried and cracked by causing water to trap between discs How the research was carried out
The researchers inserted stem cells from humans' mouths into rats with a tear in the spinal cord.
The stem cells, which differentiate into specialised cells according to their environment, then secreted substances for the growth and survival of the backbones' nervous system.
The cells were implanted at various sites along the rats' spinal cords.
Proteins were also added to stabilise and support the rodents' backbones.
Up to 75% improvement
Results reveal, three weeks after receiving the stem-cell treatment, 42 per cent of the rats improved their ability to walk and support their weight on their hind legs.
Some 75 per cent of the rodents responded to stimuli to their back limbs and tail.
Damaged areas of their spinal cord showed some improvement, which suggests backbone healing.
Yet, for unclear reasons, not all of the rats were successfully treated, with additional research being required to uncover why only some rodents benefited.
The researchers wrote: 'This warrants further investigation to shed light on the mechanisms underlying the observed recovery, to enable improved efficacy and to define the intervention optimal for treatment of spinal cord injury.'
Dr Levenberg said: 'Although there is still some way to go before it can be applied in humans, this research gives hope.'
The findings were published in the journal Frontiers in Neuroscience.

Drinking three cups of coffee each day could save your life: Beverage slashes the risk of fatal liver diseases by 70%, reveals review

Drinking three cups of coffee each day could save your life, new research suggests.
Scientists discovered such an amount can slash the risk of liver disease, liver cancer and cirrhosis by up to 70 per cent.
Coffee's life-saving benefits stem from the drink's abundance of caffeine, kahweol, cafestol and antioxidants, experts believe.
This mixture of compounds and substances protects the liver and stops the scarring of tissue and inflammation - linked to all three ailments.
Charities state coffee is an 'easy lifestyle' change, and implied it could be a medicine - whether it is filtered, instant or espresso. 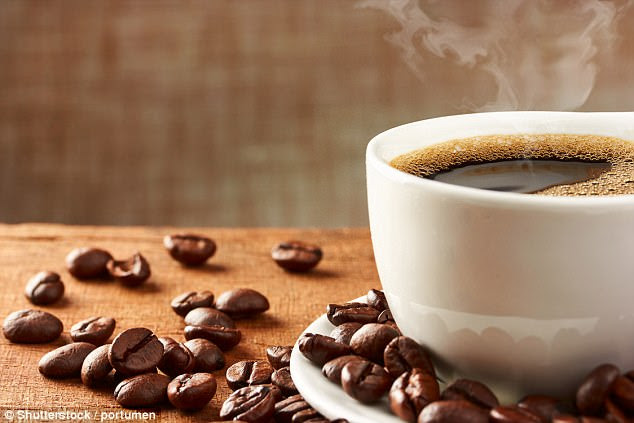 +1
Scientists discovered such an amount can slash the risk of liver disease, liver cancer and cirrhosis by up to 70 per cent
The review, funded by six large coffee manufacturers, was based on six previous studies looking into the benefits of coffee on the liver.
What did the review find?
It referred to an Italian study last year that discovered drinking three cups of coffee each day slashes the risk by 65 per cent.
While Kaiser Permanente scientists noted drinking coffee made cirrhosis 25 per cent less likely, while others found it to be as high as 70 per cent.
Statistical analyses have also shown that coffee consumption can slash the risk of liver cancer by 40 per cent - and drinking more may offer further protection.
Who funded the review?
The review was funded by the Institute for Scientific Information on Coffee - which is made up of illycaffè, Jacobs Douwe Egberts, Lavazza, Nestlé, Paulig, and Tchibo.
Moderate coffee drinking was defined by the European Food Safety Authority’s review of caffeine safety as three to five cups a day.
Liver diseases: The facts
The number of people with liver disease, of which there are more than 100 types, is increasing in the UK and the US.
Figures show it affects two million Britons, and 30 million Americans. It is on the increase because of obesity, undiagnosed hepatitis infection and alcohol misuse.
Liver cancer is rarer but also increasing but the exact cause remains unknown. It kills around 5,000 each year in the UK and 28,000 in the US.

HOW MUCH CAFFEINE IS SAFE?

The EU’s food safety watchdog advised a daily limit of 400mg for adults in its first guidelines on caffeine intake in 2015.
European Food Safety Agency officials suggested pregnant women should keep intakes below 200mg.
It also advised children to consume no more than 3mg of caffeine per KG of body weight - the equivalent of two mugs of milky tea for a child of four.
Health officials warned those who break the limits run the risk of a host of health problems, from anxiety to heart failure.
Its warning also showed links between high caffeine intake in pregnancy and having a baby that is underweight.
The NHS says too much caffeine can cause a miscarriage. There are also links to birth defects.
However, with coffee far from the only food or drink to contain caffeine, people may unintentionally be going over the safe limit. Cirrhosis, the long-term scarring of the liver, which can be fatal in itself, and claims the lives of 4,000 each year in Britain. In the US, it can be as high as 32,000.
What do the experts say?
The roundtable, held at the Royal Society of Medicine, was chaired by Professor Graeme Alexander, from University College London.
It included academics, transplant groups and representatives from national liver associations from across seven European countries.
Professor Alexander said the findings could help patients who may not have liver disease diagnosed to make changes in their lives.
He added: 'A moderate intake of coffee of three to five cups a day is associated with a beneficial effect on liver health.
'Patients often have a negative opinion of coffee and are not given proactive advice on coffee consumption as part of a healthy lifestyle.
'However, roundtable delegates felt that patients could benefit from such advice.'
'A silent killer'
Judi Rhys, chief executive of the British Liver Trust said: 'Liver disease is a silent killer as often there are no symptoms until it’s too late.
'Coffee is something that is easily accessible to everyone and regularly drinking it - filtered, instant or espresso - may make a difference in preventing, and, in some cases, slowing down the progression of liver disease.
'It is an easy lifestyle choice to make.'