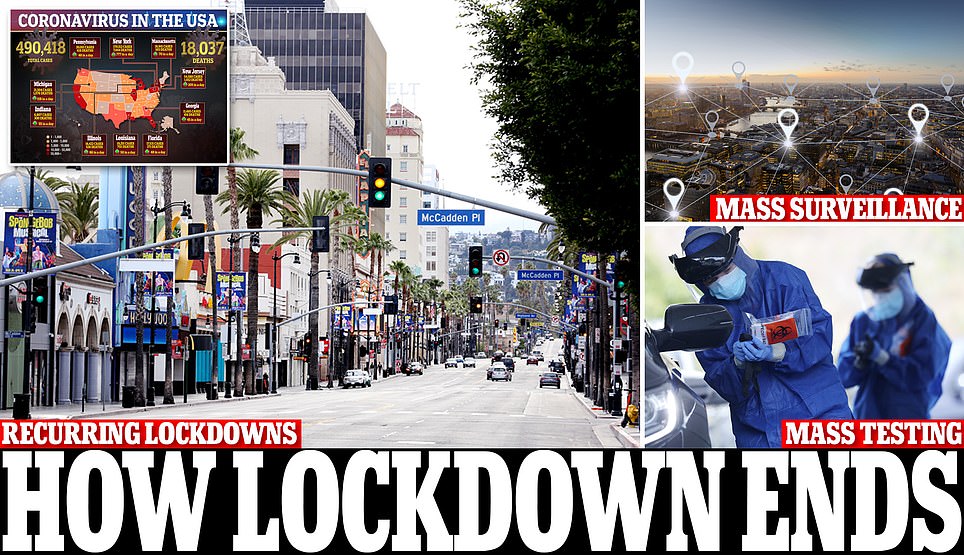 For everyone under lockdown orders in the coronavirus pandemic, that is the key question. How long until American life can return to normal, without risking the disease reigniting out of control and overwhelming hospitals? Examining the question are three new reports, from the American Enterprise Institute, the Center for American Progress, and Harvard's Safra Center for Ethics.

'Rare' genome sequencing almost certainly proves Covid WAS deliberately made in a Chinese lab before it leaked to the world: Another expert study makes bombshell claim

Two U.S. experts have penned a damning essay saying the genome sequencing of COVID-19 strongly suggests that the virus was manufactured inside a Chinese laboratory.   Dr. Stephen Quay (top right) and Richard Muller (bottom right), a physics professor at the University of California Berkeley, made the claim in The Wall Street Journal on Sunday, amid growing speculation that the coronavirus leaked from the Wuhan Institute of Virology (WIV).  'The most compelling reason to favor the lab leak hypothesis is firmly based in science,' the experts wrote, stating that 'COVID-19 has a genetic footprint that has never been observed in a natural coronavirus.' A graphic (left) shows how the coronavirus' genetic code varies to its closest known relative 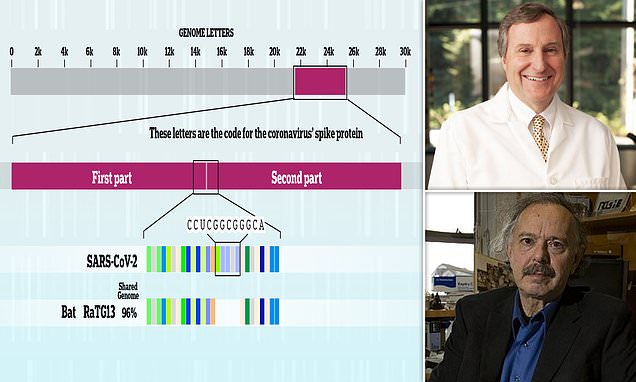 The COVID-19 pandemic should be a wake-up call for a world that has accepted China’s lengthening shadow over global supply chains for far too long. Only by reducing China’s global economic influence. Now China is spreading lies to deflect world opinion against them. 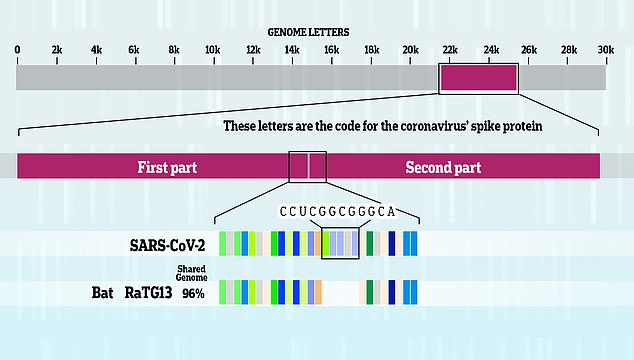 In the op-ed, the men say their proof lies in genome sequencing, or analyzing the DNA, of SARS-CoV-2, the virus that causes COVID-19.


There are 36 DNA segments - made up of three-letter 'words' - that viruses use to make an amino acid known as L-arginine.

L-arginine helps make proteins but is also often used in so-called 'gain of function' research, which alters viruses to make them more transmissible and more deadly.

The new virus contains a segment called CGG-CGG, which is considered rare even in experiments in which researchers are trying to manipulate virus.

But even more telling is that this combination has never been found naturally in any other type of coronavirus, including in SARS and MERS, both of which are cousins of the new virus.

'A virus simply cannot pick up a sequence from another virus if that sequence isn't present in any other virus,' Quay and Muller wrote.

The essay comes after an explosive study last week claimed that Chinese scientists created COVID-19 in the Wuhan lab, then tried to cover their tracks by reverse-engineering versions of the virus to make it look like it evolved naturally from bats.


SARS-CoV-2, which causes Covid, carries all the information needed for it to spread in around 30,000 letters of genetic code, known as RNA. But it is the only coronavirus of its type to carry 12 unique letters that allow its spike protein — which it uses to bind to human cells and infect people — to be activated by a common enzyme called furin, which in turn makes it better at invading neighbouring cells. The top bar shows the section of the 30,000 letters that accounts for the spike protein (purple). The middle purple bar is the spike protein section, with the white line highlighted being the location of the 12 letters: CCUCGGCGGGCA. The bottom bars show how that specific section of the virus differs ever so slightly to RaTG13, the closest known relative of SARS-CoV-2 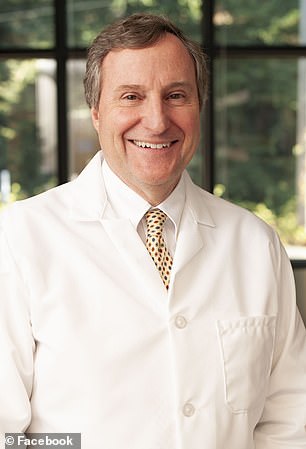 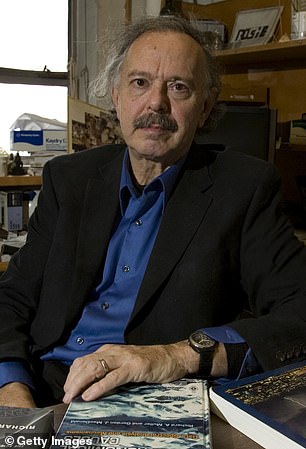 Dr. Stephen Quay and Richard Muller have penned a damning essay claiming the genome sequencing of COVID-19 strongly suggests that the virus was manufactured inside a Chinese laboratory 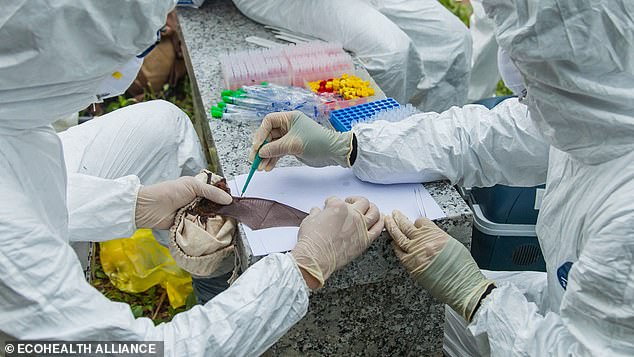 reports predict that American life will not return to normal for more than a year, until a vaccine is available.

Once restrictions ease, with schools and some non-essential businesses reopening, all three reports say that massive testing would be needed, ranging from 750,000 tests per week for the AEI report, to an astonishing 100 million daily tests in a Harvard whitepaper.

Such a system, deployed with success in authoritarian China, would be certain to raise difficult questions about privacy and individual liberty.

While they differ in their details, the common points in the three reports are striking.

Until there is a vaccine, gatherings of more than 50 people should be banned, and remote working should be continued where possible even after lockdowns end, they all agree.

With a safe and effective vaccine more than a year away under the best case scenario, it seems clear that American life won't fully return to normal any time soon. 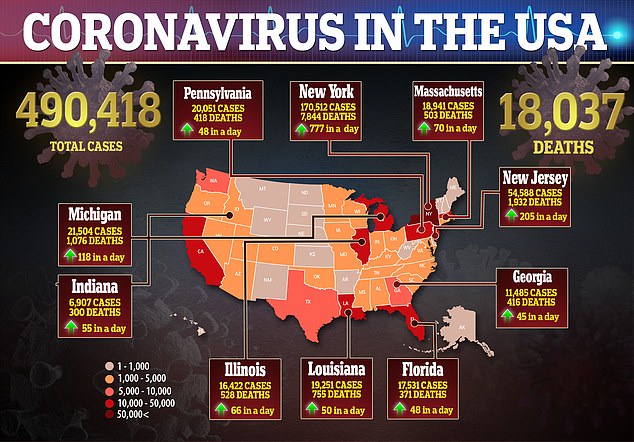 Among the three reports, the models from the conservative-leaning think tank AEI are the most optimistic about how soon restrictions could be eased.

AEI envisions individual states moving one-by-one into what it calls 'Phase Two', a period in which social distancing requirements are relaxed, but not eliminated.

The report states: 'the trigger for a move to Phase II should be when a state reports a sustained reduction in cases for at least 14 days (i.e., one incubation period); and local hospitals are safely able to treat all patients requiring hospitalization without resorting to crisis standards of care.'

As a further condition for Phase Two, AEI stipulates that the state would need the capacity to test all people with COVID-19 symptoms, along with capacity to conduct active monitoring of all confirmed cases and their contacts.' 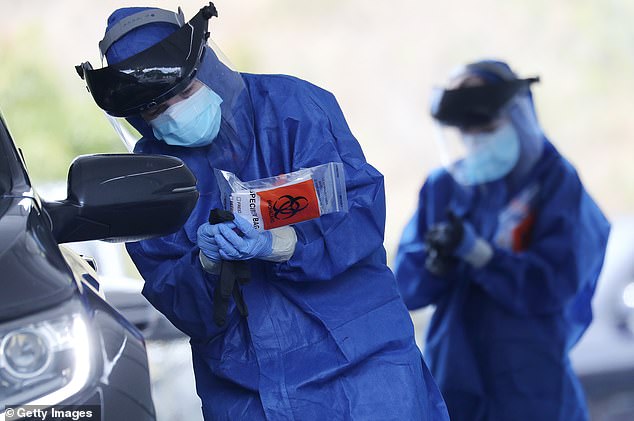 AEI estimates that nationwide, 750,000 tests per week would be needed for successful contract tracing. Pictured: Coronavirus tests are administered in Malibu on Wednesday 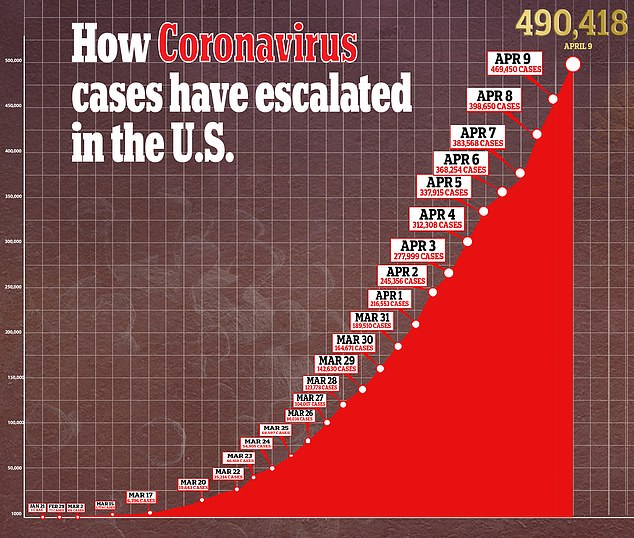 This is known as 'contact tracing,' or identifying people who may have been exposed to known cases and ordering them to quarantine for 14 days. AEI estimates that nationwide, 750,000 tests per week would be needed for successful contract tracing.

Daily tests in the U.S. peaked at around 225,000 last week, so the AEI estimate seems attainable.

AEI's plan calls for rapid testing to be available at clinics and pharmacies, and for a national system of random testing to track the background rate of infection across states and identify community spread.

For people who tested positive, and their recent contacts, who did not need hospitalization, AEI proposes that 'Home isolation can be enforced using technology such as GPS tracking on cell phone apps.'

Under the plan, Phase Two would end when either a vaccine is available, or when rising case numbers triggered a return to lockdown.
Center for American Progress: National cell phone location data surveillance system needed to track the population before restrictions ease

The recommendations under the plan from CAP, a left-leaning think tank founded by Hillary Clinton's campaign manager John Podesta, are more pessimistic about the risks of emerging from lockdown.

The CAP reports argues that a federally mandated, nationwide stay-at-home policy must be instituted 'for a minimum of 45 days'.

The report speaks glowingly of the dramatic steps taken by the Chinese government at the source of the pandemic, where in some cases families were physically locked into their apartments from the outside.

'China’s lockdown was enormously successful in suppressing transmission,' the CAP report states. 'In China, a lockdown of two months achieved near-zero transmission, although the government does not count asymptomatic positive cases.'

The CAP report explains that by 'instantaneous contact tracing', it means a nationwide digital surveillance system that tracks the movements of every citizen using cell phone location data. 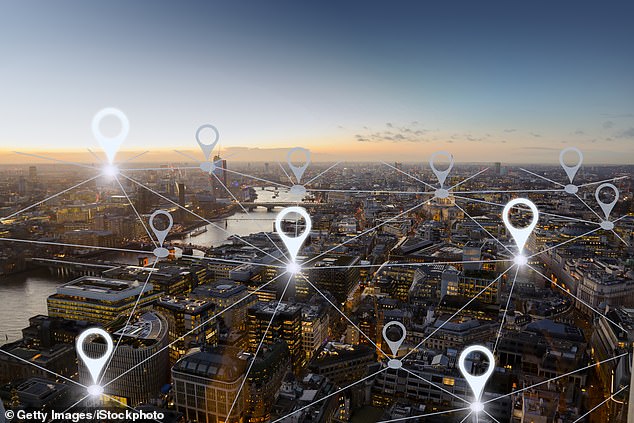 'These methods use GPS, Bluetooth, cell tower, and Wi-Fi network data to identify whether the user’s phone pinged the same signals as the phone of a COVID-19-positive individual during the same time period,' CAP states.

'These nations use mobile phone apps or mobile telecommunications infrastructure to notify individuals on their mobile phone through notifications or text messages if they have been in close proximity to an individual who has tested positive for COVID-19,' CAP writes.

'The entity that hosts the data must be a trusted, nonprofit organization—not private technology companies or the federal government,' the think tank proposes. 'The app could be developed for a purely public health nonprofit entity such as the Association of State and Territorial Health Officials (ASTHO)—an organization that represents state health officials—which would host the data.'

CAP proposes that use of the contact tracing app be required for anyone who wants to travel by airline.

Any return to a semblance of normality will require several restrictions and protections to minimize the risk of transmission from daily operations.

During Phase Two, CAP calls for the use of cloth face masks in public, bans on gatherings over 50 people, a 50 percent capacity cap on all subways, buses and trains, and widespread teleworking wherever possible.

'Once herd immunity has been achieved through mass vaccination, all remaining restrictions can be lifted,' the report states.
Extreme testing: Harvard white paper proposes that up to 100 MILLION tests a day may be needed to prevent recurring outbreaks

While both the AEI and CAP reports say that massive, widespread testing is needed in order to lift lockdown restrictions, a Harvard whitepaper argues that they don't go nearly far enough in their projections.

The Harvard paper argues that the AEI and CAP estimates are low 'by one to three orders of magnitude.'

'Even under the most optimistic scenarios, we need to be testing millions of people per day to allow a significant return to the workforce,' the authors write.

'Tens of millions per day seems more likely and more than 100 million may be necessary in the worst case,' they continue. 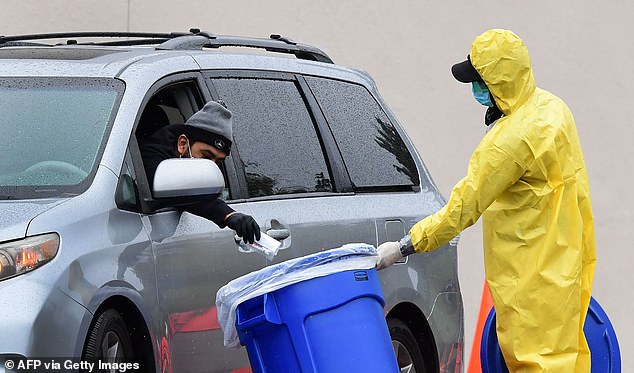 A driver in a vehicle drops his COVID-19 test into a bin at a coronavirus mobile testing site in Los Angeles on Friday. Harvard says up to 100 million tests a day might be needed

Under that worst-case projection, nearly a third of the U.S. population would be tested for coronavirus daily -- a logistical challenge that seems virtually impossible to surmount.

In a separate paper from Harvard's Safran Center for Ethics, it is argued that national lockdowns will need to persist for at least three months, until the end of June, to have any hope of containing the virus.