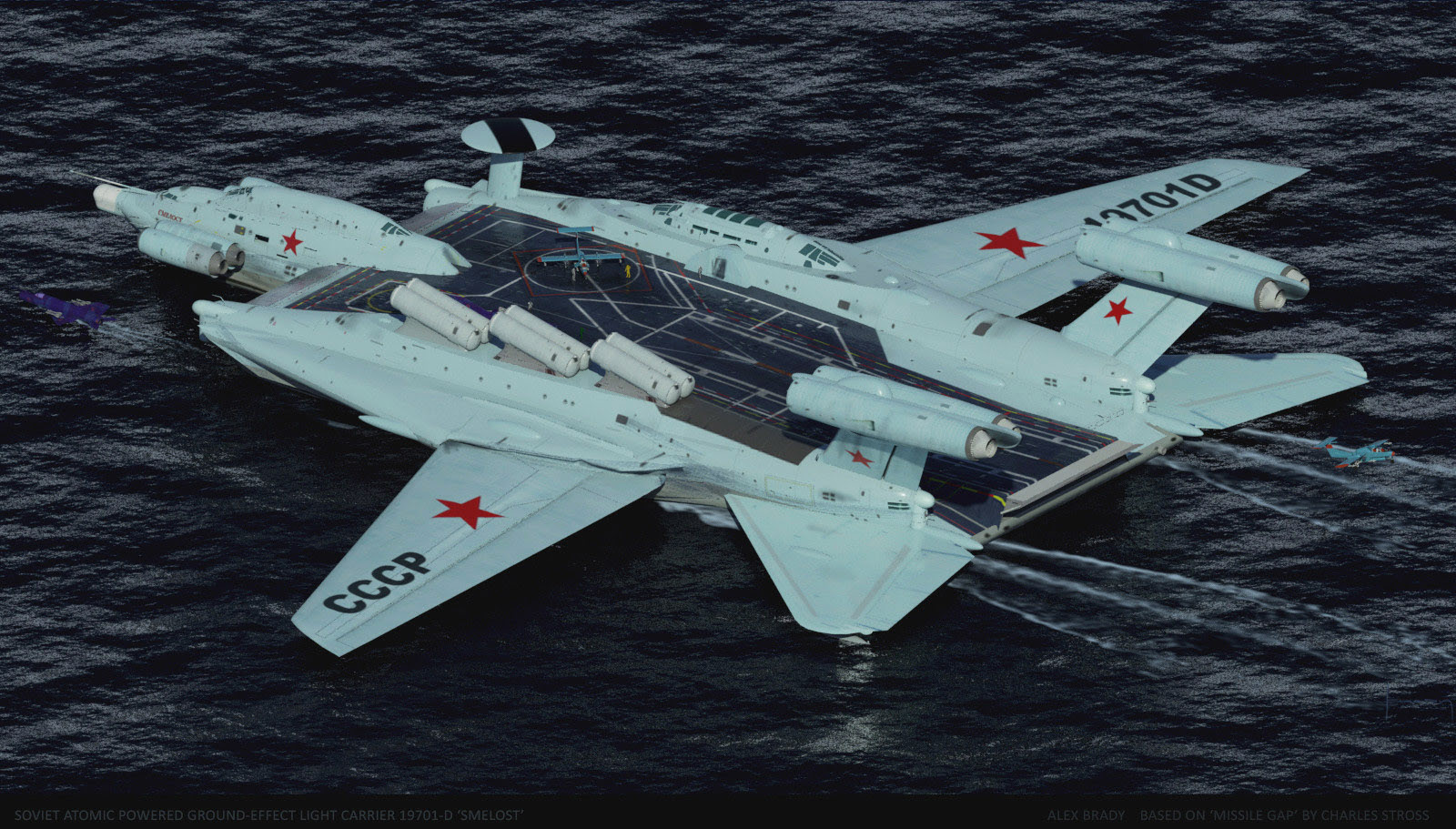 My conceptual design will be without the potruding nose but an upward deck where the planes can be launched in a 30 degree angle at the bow. The wings are fixed and a hybrid Blended Wing Body (BWB). It will have a double hull at the bottom like a catamaran for stability and less friction .


Materials of construction shall be that can float on water: Radical new material  a metal matrix could lead to 'indestructible' warships and ultralight cars. Metal matrix composite was developed with the US Army. Alloy is turned into foam by adding strong, lightweight hollow spheres. Warship made of it will not sink despite damage to its structure. Researchers have demonstrated a new type of metal so light it can float on water.

The radical new material, called a metal matrix composite, was developed with the US Army.
A boat made of such lightweight composites will not sink despite damage to its structure. 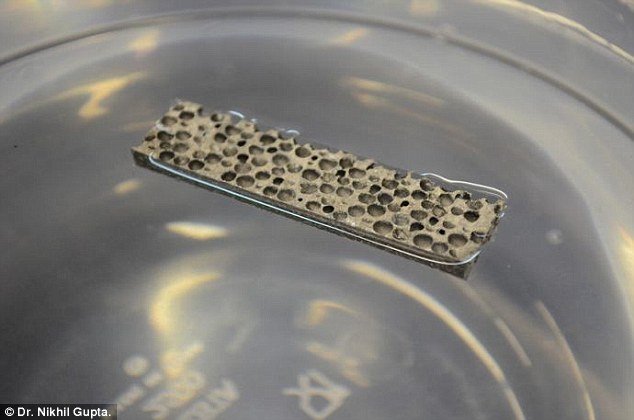 The radical new material, called a metal matrix composite, was developed with the US Army and could be used in everything from warship to cars.

HOW IT IS MADE

The syntactic foam captures the lightness of foams, but adds substantial strength.
The secret of this syntactic foam starts with a matrix made of a magnesium alloy, which is then turned into foam by adding strong, lightweight silicon carbide hollow spheres developed and manufactured by DST.
A single sphere's shell can withstand pressure of over 25,000 pounds per square inch (PSI) before it ruptures—one hundred times the maximum pressure in a fire hose.
The new material also promises to improve automotive fuel economy because it combines light weight with heat resistance
Although syntactic foams have been around for many years, this is the first development of a lightweight metal matrix syntactic foam.
'This new development of very light metal matrix composites can swing the pendulum back in favor of metallic materials,' said Nikhil Gupta, an NYU School of Engineering professor in the Department of Mechanical and Aerospace Engineering and the study's co-author.
It was created by Deep Springs Technology and the New York University Polytechnic School of Engineering.
'The ability of metals to withstand higher temperatures can be a huge advantage for these composites in engine and exhaust components, quite apart from structural parts.'
The magnesium alloy matrix composite is reinforced with silicon carbide hollow particles and has a density of only 0.92 grams per cubic centimeter compared to 1.0 g/cc of water.
Not only does it have a density lower than that of water, it is strong enough to withstand the rigorous conditions faced in the marine environment.Significant efforts in recent years have focused on developing lightweight polymer matrix composites to replace heavier metal-based components in automobiles and marine vessels.
The technology for the new composite is very close to maturation and could be put into prototypes for testing within three years.
Amphibious vehicles such as the Ultra Heavy-lift Amphibious Connector (UHAC) being developed by the U.S. Marine Corps can especially benefit from the light weight and high buoyancy offered by the new syntactic foams, the researchers explained.
The syntactic foam made by DST and NYU captures the lightness of foams, but adds substantial strength.
It will have two twin vertcal stabilizer situated halfway on the wings slanted outward from bow to aft, as the wings will be the whole length of the ship. All engines will be on the other side of the vertcal stabilizer allowing for a clean flight deck and safety for deck personnel.
The flying aircraft carrier with a similar design will carry UAVs controlled by a cutting edge system for the jet-powered Magma concept craft, currently under development in the UK.

The system will use unique blown-air devices to manoeuvre the aircraft, paving the way for future stealthier aircraft designs.

Hangars and elevators for the UAV will be under the thick vertical stabilizers. This will save deck space for a complement of 20 UAVs. 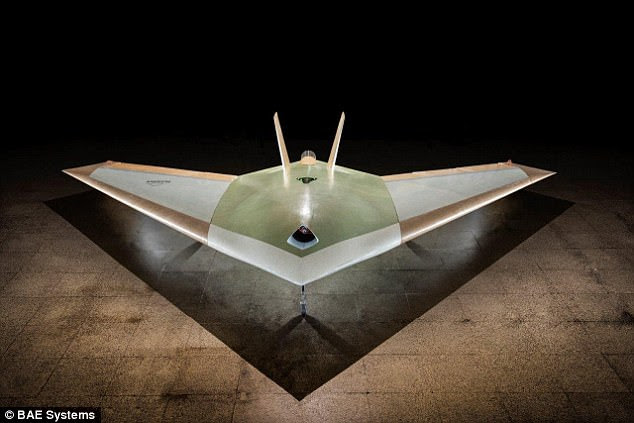 +4
Drones could be about to become even more deadly, thanks to a new technology which promises to make them lighter, faster and harder to detect. The cutting edge new system, which ditches control flaps, has been built for the Magma concept craft (artist's impression)
BAE systems tests experimental stealth drone design 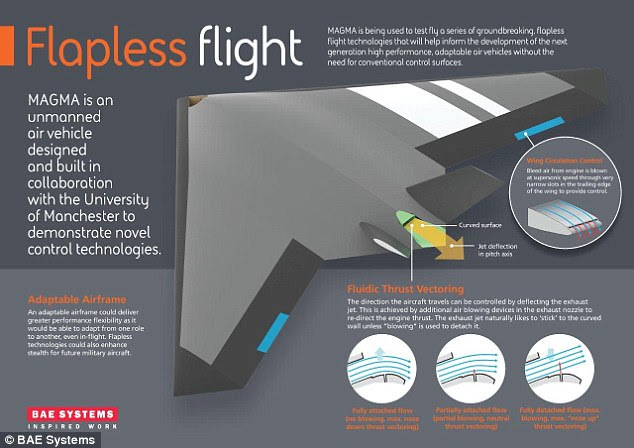 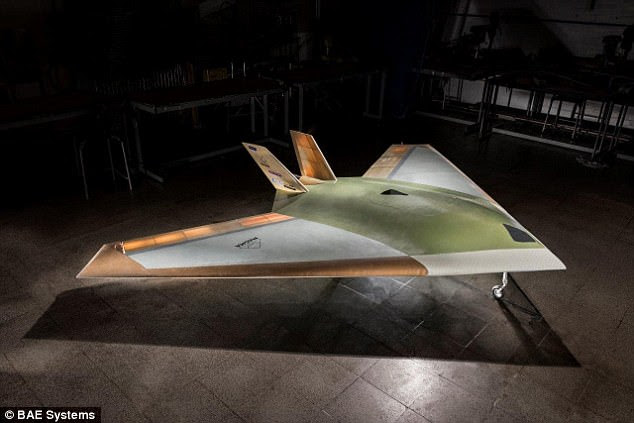 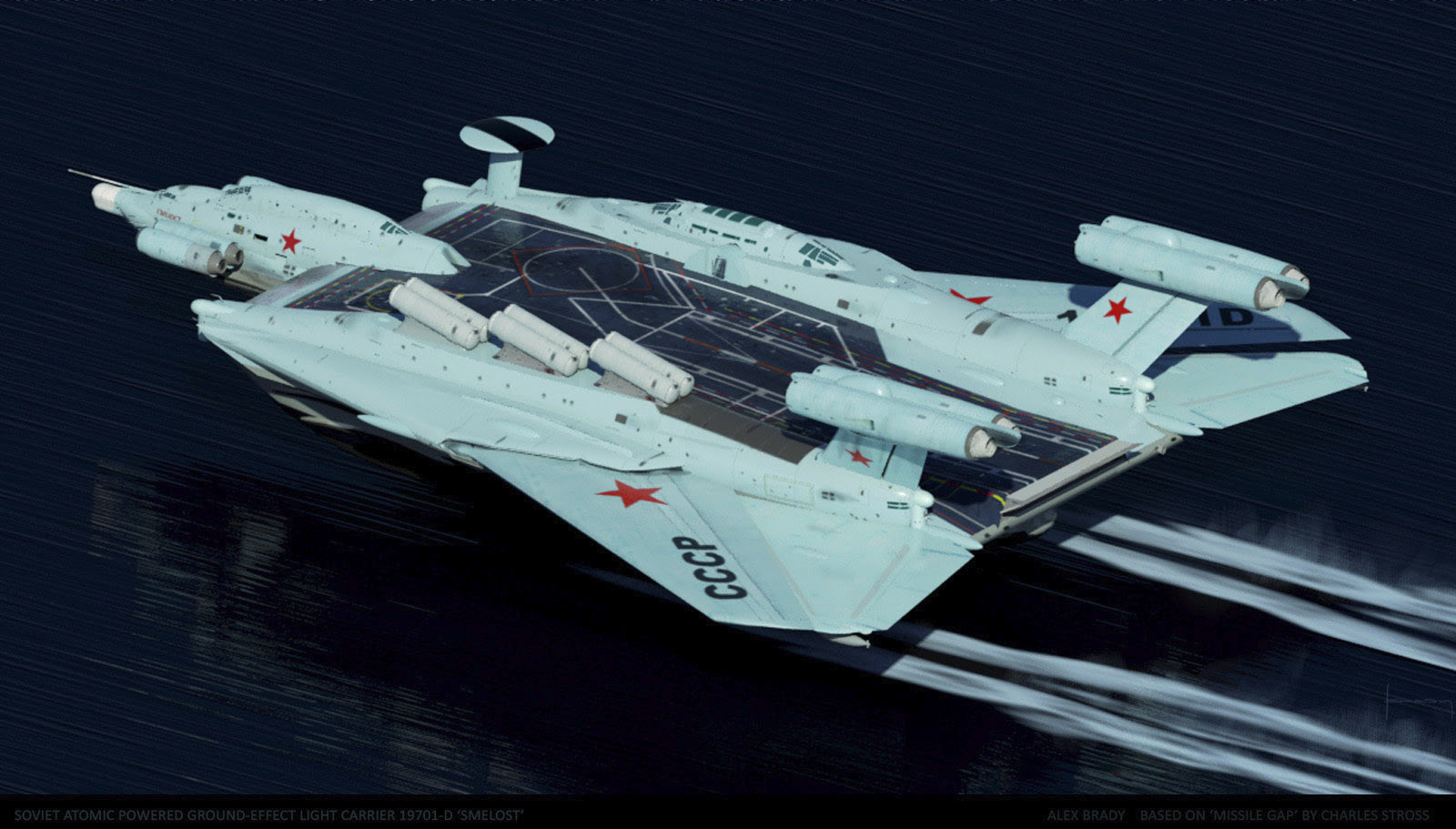 Wing-mounted engines supply 80 per cent of the thrust required during take-off and 55 per cent at cruise. The tail-mounted all-electric (boundary-layer ingesting) BLI turbofan (pictured) accounts for the remaining thrust

In a conventional aircraft air clings to the body of the plane but with this new design air is transformed into power. To drive the fan (pictured), two smaller engines provide thrust to develop unique vehicle concepts that will use different fuselage shapes; longer, skinnier and more blended wings. 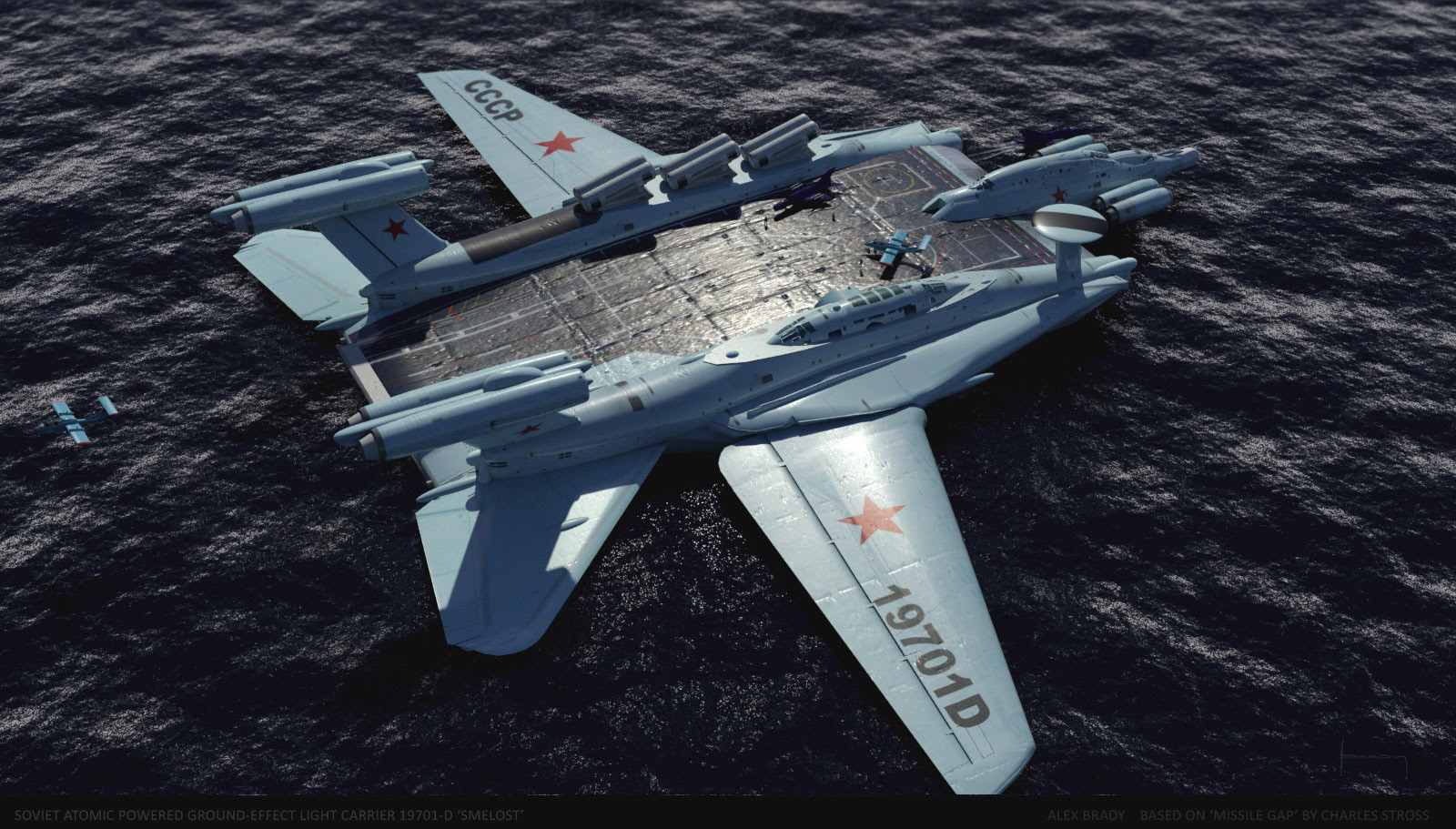 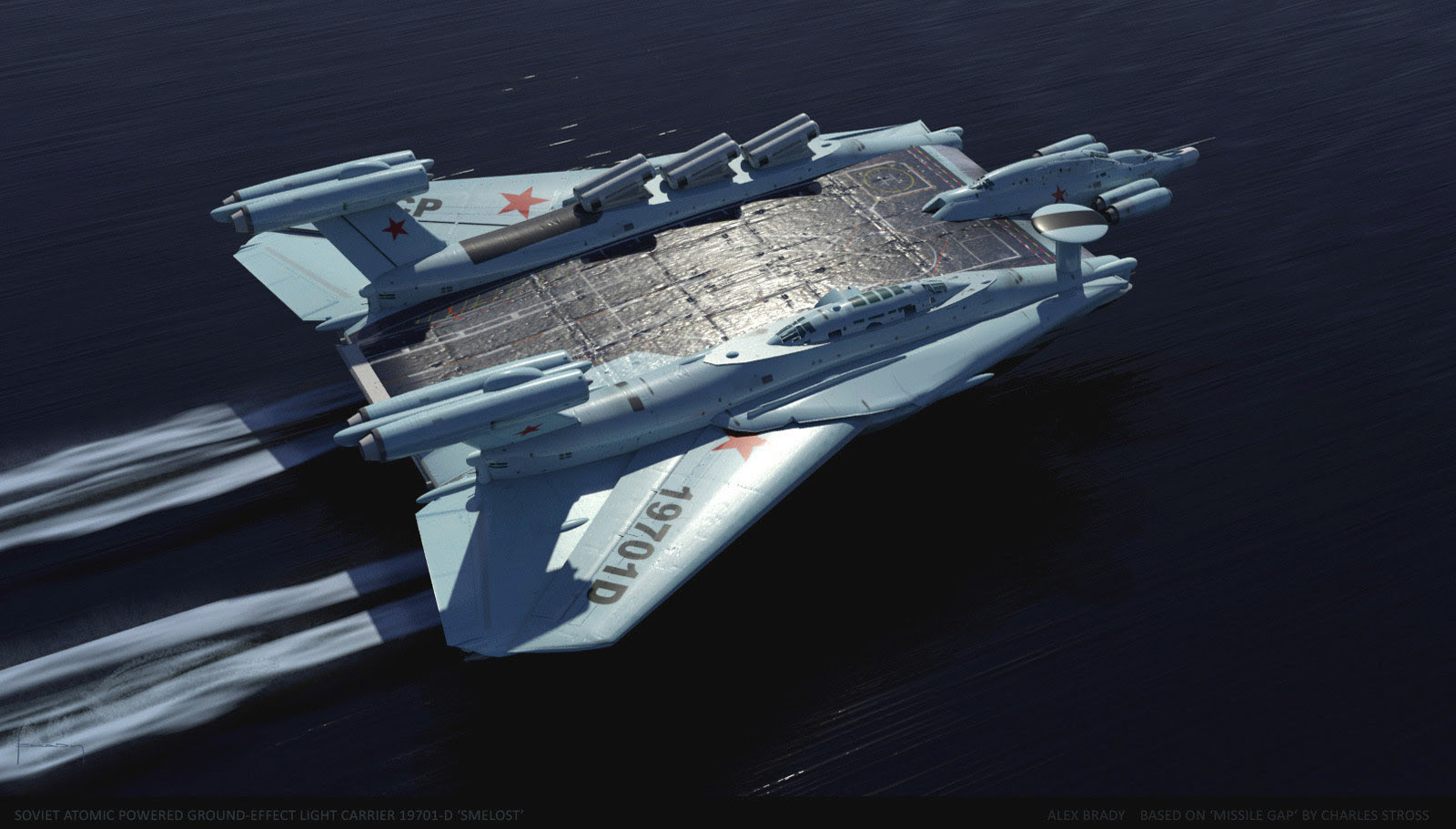 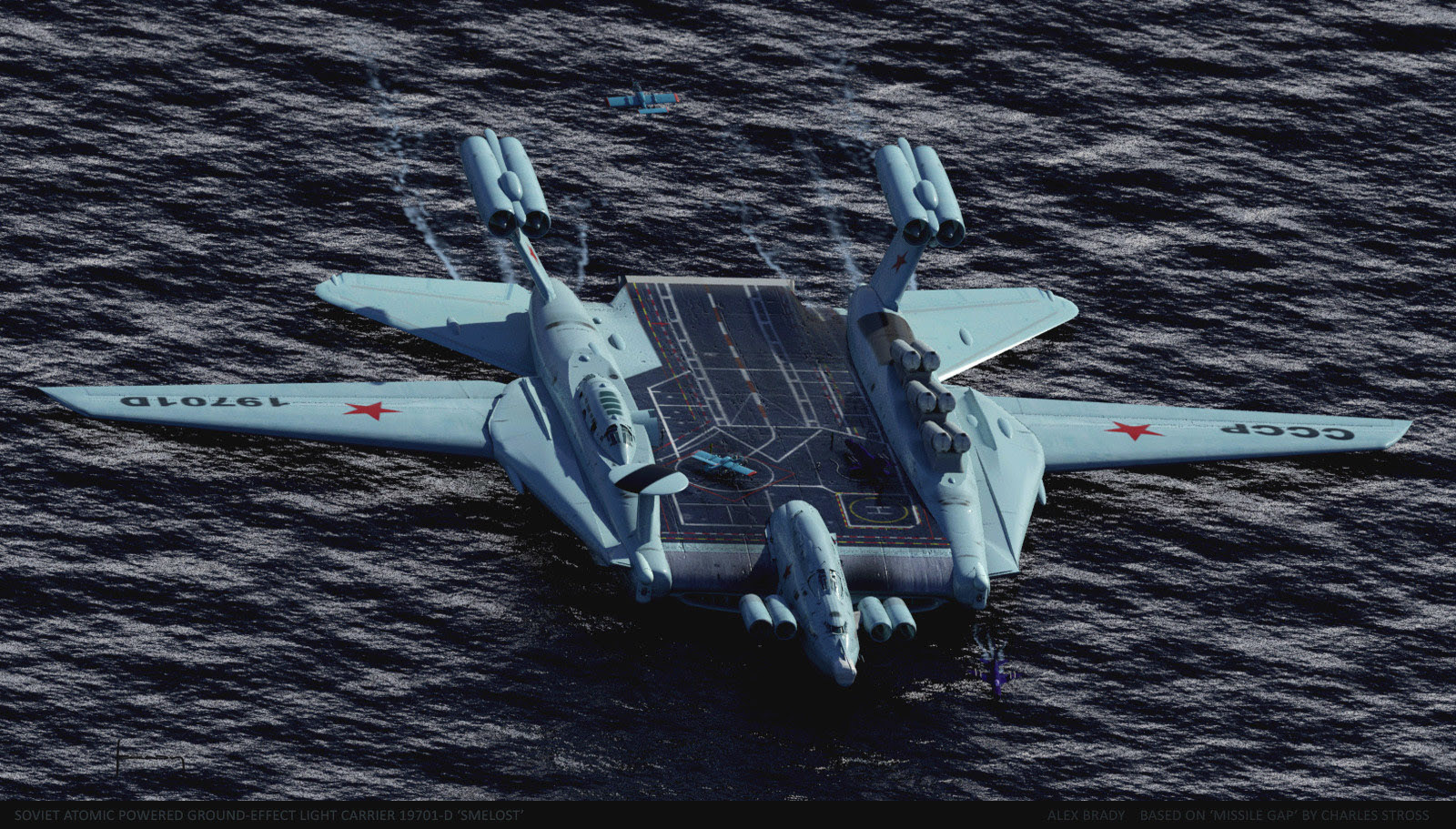 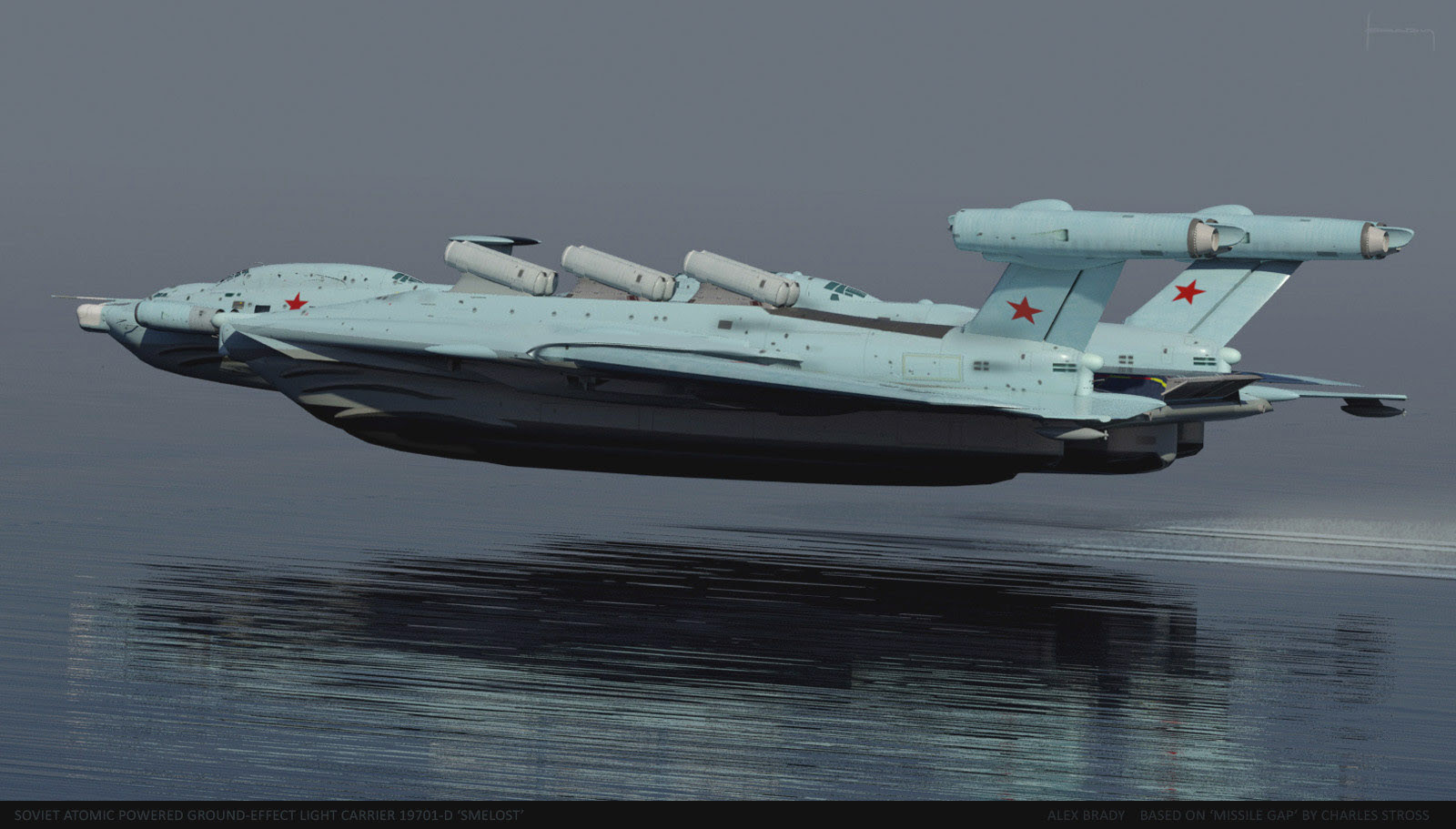 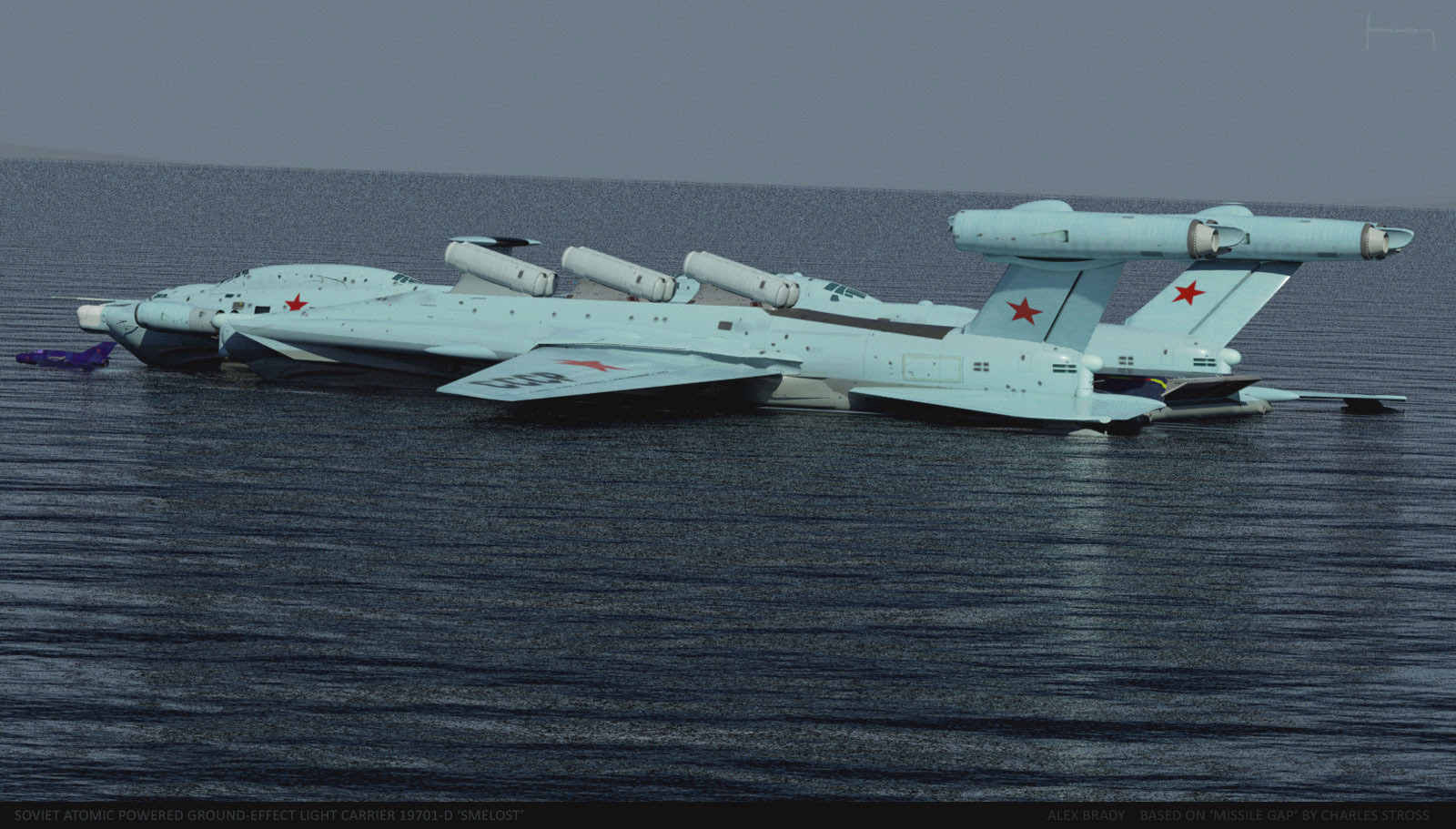