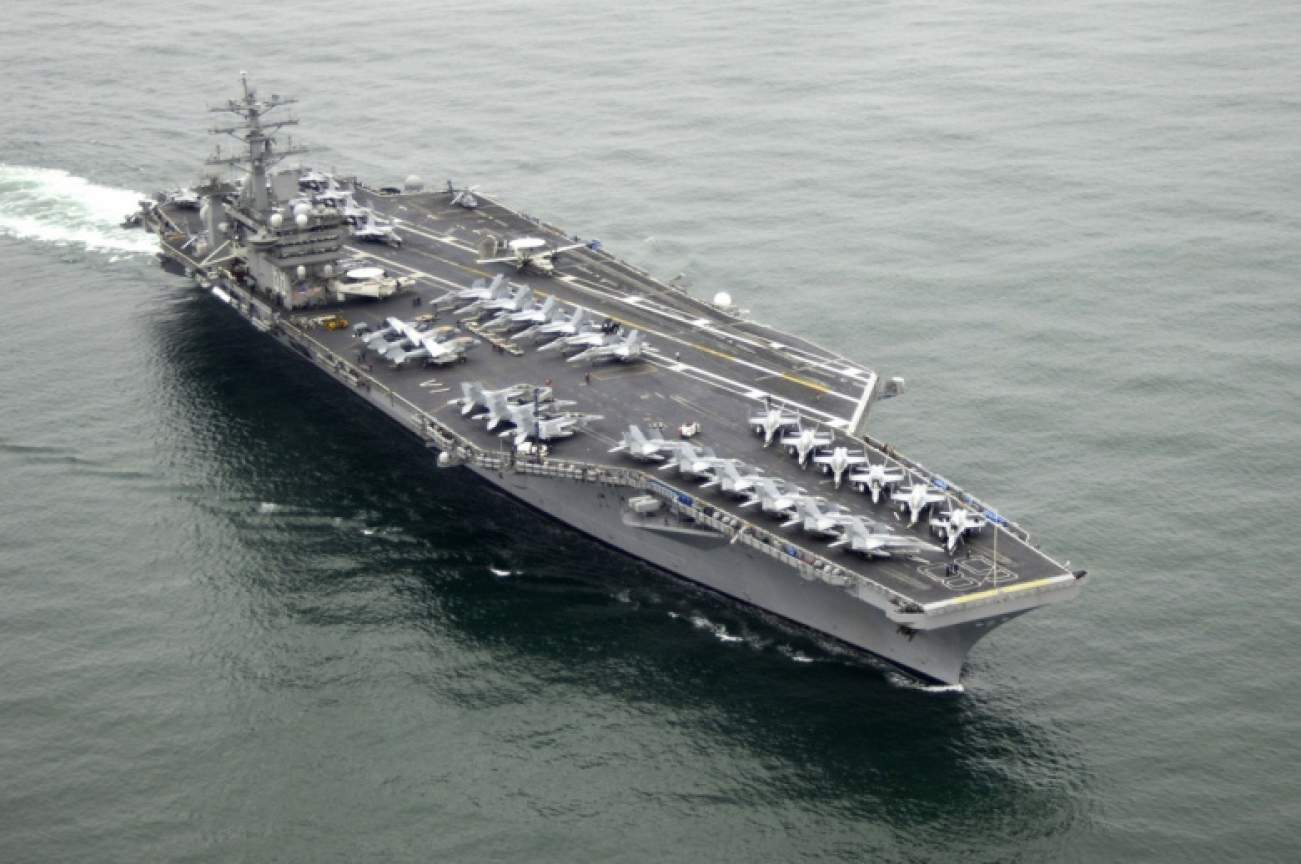 China’s claims of South China Sea (SCS) ownership are illegal, but Beijing’s hyper-nationalistic officials increasingly encourage its forces to attack U.S. Navy ships operating lawfully there.
The People’s Republic of China (PRC) appears to be calling for war—a war it may well get. But it is a war that will not stay confined to that body of water, and a war that could ultimately end with regime change in Beijing.
One People’s Liberation Army (PLA) officer recently exhorted PLA Navy vessels to ram and sink U.S. Navy ships conducting freedom of navigation operations in the SCS. Another called for the sinking of two U.S. aircraft carriers and killing upward of 10,000 U.S. sailors to force the U.S. from these hotly contested waters.
“If the US warships break into Chinese waters again, I suggest that two warships should be sent: one to stop it, and another one to ram it,” said PLA Air Force Colonel Commandant Dai Xu on December 8, 2018. Dai, president of China’s Institute of Marine Safety and Cooperation, proposed these unprovoked acts of war in a highly publicized forum: at a conference sponsored by Beijing Global Times.
A senior PLA Navy officer then called for the sinking of two U.S. Navy aircraft carriers to “frighten” the U.S. away from the SCS. In a speech on December 20, 2018, Rear Admiral Luo Yuan, the deputy head of the Chinese Academy of Military Sciences, asserted that the key for Chinese domination of the SCS lies in using ballistic missiles to sink the two carriers, killing as many American sailors as possible.
“What the United States fears the most is taking casualties,” Luo said in his call to kill upwards of 10,000 U.S. sailors. “We’ll see how frightened America is,” he said.
Some might argue such belligerence from senior PLA officers does not reflect China’s official policy or is simply Information Warfare, but these defenses are disingenuous. None of the senior officers has been publicly chastised by the PRC for inciting war, and the PLAN is engaging in increasingly-dangerous actionsacross the SCS.
On September 30, 2018 the PLAN destroyer Lanzhou drove within forty-five yards of the USS Decatur as it crossed the bow of the American warship near the SCS’ Gaven Reef. The Decatur’s commander averted collision only by deftly swerving to escape the Lanzhou’s aggressive maneuverings. The U.S. Navy diplomatically called the Lanzhou’s premeditated action “unsafe and unprofessional,” but it might more aptly be described as “attempted murder.”
The PLAN, China’s military-run Coast Guard, and its maritime militias have also threatened—and sank—Vietnamese ships, and has chased Philippine Navy and fishing fleets from Philippine waters.

Conversion from this USS Missouri (BB) MULTIROLE COMBAT SHIP to accommodate beefing at least a 24 inch armor at the prow as an icebreaker; See below 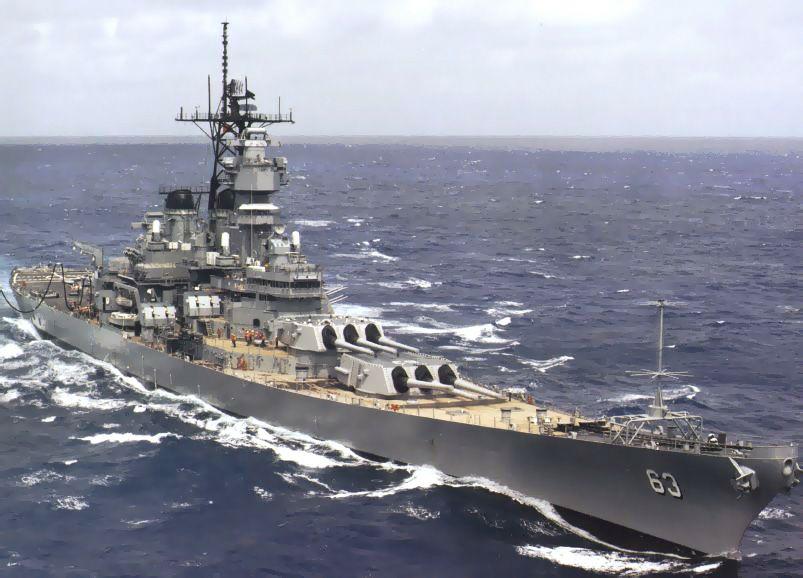 Converted to like USS Essex (LHD-2)  a United States Navy multipurpose amphibious assault ship, and the lead ship of her class.