How much would it cost you to be lord of the manor or own a chocolate box cottage? The price of buying into English country life revealed

There's something quintessentially English about a desirable property in a pretty village setting.
But you'll need deep pockets if you want to fulfill your grandest countryside property dreams, as the average price of a manor house is almost £1.5million, according to research by estate agent Jackson-Stops.
It is the equivalent of more than six times the price of an average home in Britain. 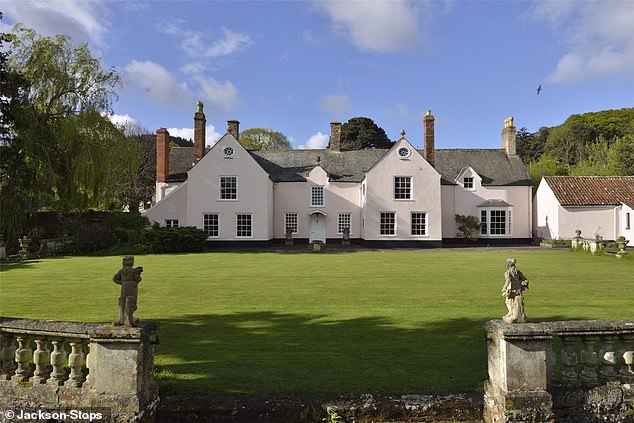 +5
The average price of a manor house is almost £1.5million, according to Jackson-Stops 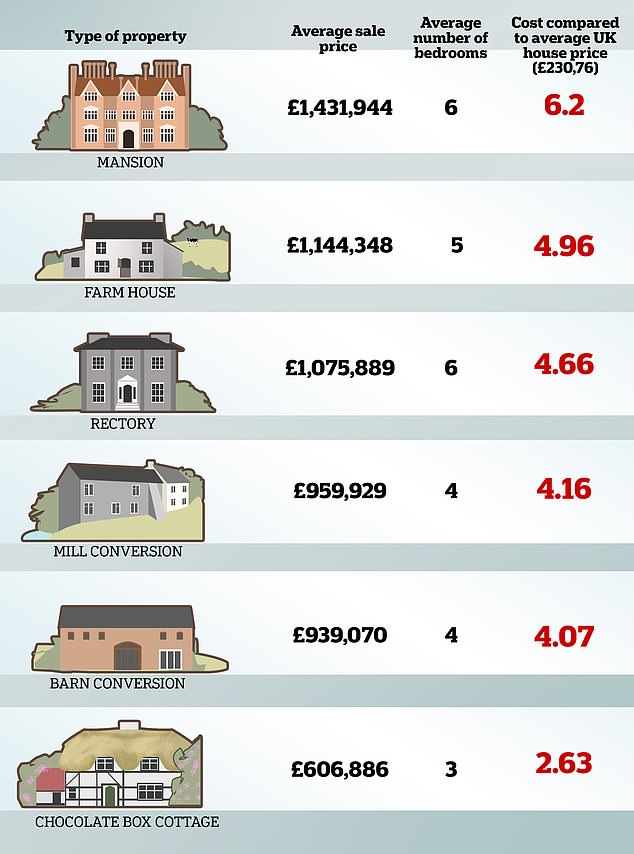 +5
Revealed: The average price of six types of quintessential village homes
The agent's research analysed six different types of village property, including manor houses, farmhouses, old rectories and mill conversions, along with barn conversions and chocolate box cottages.
Manor houses top the list of most expensive village homes at £1,431,944, followed by farmhouses at £1,144,348 and old rectories at £1,075,889.
However, it is still possible to get a property for less than £1million, with mill conversions typically costing £959,929 - although this is still 4.16 times the cost of an average British home.
Barn conversions and chocolate box cottages are among the least expensive types of quintessential village homes, costing on average £939,070 and £606,886 respectively. 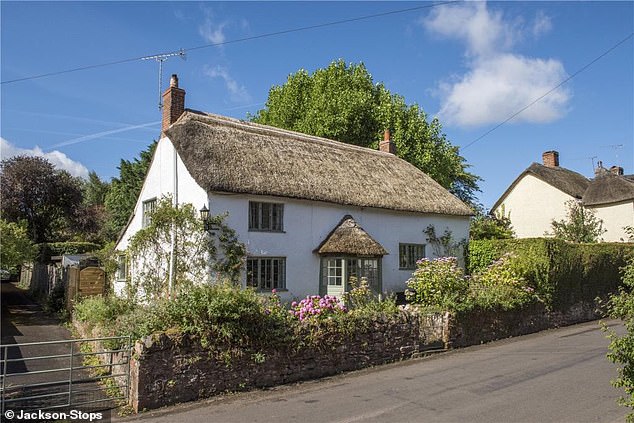 +5
This three-bedroom chocolate box cottage in Somerset's Taunton is for sale for £395,000

+5
This four-bedroom barn conversion in West Sussex's Arundal is on the market ofr £825,000
Nick Leeming, chairman of Jackson-Stops, said: 'Despite there being uncertainty in some pockets of the British property market as a result of the current political climate, the English love affair with a quintessential country home remains.
'While the country market may not be as buoyant as it was a few years ago, beautiful homes in bucolic countryside, which are accurately priced, will always achieve strong interest and will continue to command significant price premiums.'
He added: "Despite ranking as the first and third most expensive property type respectively, it was interesting to see manor houses and old rectories offering the best value for money per square foot. The vicar was often considered the most important individual in the village, only second to the lord or lady of the manor, and so the homes do tend to offer ample proportions.
'However, the data shows that, at around £245 per square metre, buying a manor house or an old rectory is much more realistic than it may have once been.'
Posted by ASC at 4:24 AM