THIS IS WHY THE NEED FOR  FLYING AIRCRAFT CARRIERS: Russia’s State-of-the-Art Torpedo That ‘Changed the Rules of Maritime Warfare’

Russia will modernize its VA-111 Shkval supercavitating torpedo under the 2018-2025 state arms program. The torpedo can reach speeds of over 300 kph. Today, Russia is the only country to have in service such an advanced weapon.
“Work is underway. I think the parameters will be seriously improved. The program is part of the 2018-2025 state armaments program,” Boris Obnosov, head of Russia’s Tactical Missiles Corporation, said at the MAKS 2017 air show in July.
The Shkval missile-torpedo is a Soviet-designed aircraft carrier killer with unique capabilities. It entered service with the Soviet Navy in 1977. Propelled by a solid-fuel jet engine, the torpedo can travel at speeds of over 300 kph.
Developed in the 1970s, the Shkval was ahead of its time for decades. Its main advantage is a cruising speed of an outstanding 100 meters per second. Its disadvantages include a high level of noise, a limited operational range (up to 10 km) and an operational depth of only up to 30 meters.
The torpedo does not have a target seeker, relying solely on an inertial guidance system. Initially, it was armed with a 150-kiloton nuclear warhead, and then a conventional warhead was designed.

Now, the non-nuclear modification is going to be seriously upgraded in accordance with new challenges and operational requirements. Moreover, there has been increased interest for the Shkval in the global arms market.
“Torpedoes were always one the main defensive and attacking assets in maritime warfare. The Shkval outstands among others torpedoes because it packs a combination of some of the most advanced technologies ever. The torpedo came as a formidable weapon against American aircraft carrier groups and changed the rules of maritime warfare,” RIA Novosti contributor and political commentator Alexander Khrolenko wrote in an analytical piece.
The Shkval’s unprecedented speed is possible due to supercavitation. The torpedo travels in a cavitation pocket created by its specially designed nose cone and the expansion of hot engine gases. A gas bubble envelops the torpedo, minimizing its contact with water and significantly reducing water drag.

Cavitation, however, creates a problem for maneuvering. When a torpedo changes its direction it body moves out of its cavitation pocket, reducing its speed due to water drag. The Shkval’s cavitating nose cone turns when the torpedo changes direction, keeping it in a gas bubble while maneuvering. The torpedo steers using four fins and the nose cone.
“Usually, torpedoes may be sensitive to changes in environmental conditions, including water temperature and water density at various depths. The development of the Shkval required scrupulous research works in different scientific fields and the result was a real breakthrough in hydrodynamics. The Shkval puts Russia at least four decades ahead of its rivals. Today, such a weapon is mass-produced only in Russia,” Khrolenko pointed out.
For decades, the Shkval has been second to none among other torpedoes. In 2005, Germany said it had completed the development of the Barracuda missile-torpedo capable of reaching the same speeds. However, the torpedo has not yet been put into mass production. The US has been making similar efforts since 1997, but no working prototype has been presented yet.

‘Persian Gulf is No Place for US Navy’ THE US NAVY IS FACING FIERCE RESISTANCE TO BE IN SMALL INTERNATIONAL WATERS PROTECTING OUR MARITIME COMMERCE IN THE BALTICS, PERSIAN GULF AND THE ARCTIC

A US Navy patrol boat fired warning shots on Tuesday near an Iranian vessel in the Persian Gulf. Tehran slammed the incident as “a provocation.” In an interview with Sputnik, military expert Dmitry Litovkin said that the mere presence of US warships in the Gulf is fraught with unpredictable consequences.
Iran’s Islamic Revolutionary Guards Corps (IRGC) blamed the American vessel, the USS Thunderbolt, for provoking the tense encounter. 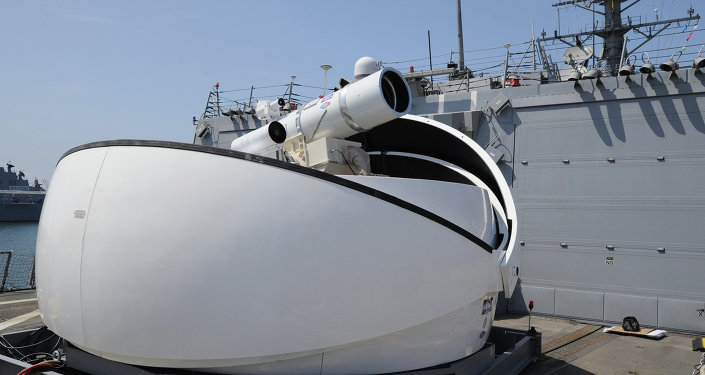 US Navy Tests Laser Weapons System in Persian Gulf (VIDEO)
It said that the US ship had come dangerously close to the Iranian naval ship on a patrol mission in international waters the north of the Gulf, and fired two warning shots “with the intention of provoking and intimidating” the Iranian sailors.According to Iran’s Press TV, the Iranian ship ignored the Americans’ “provocative and unprofessional act” and proceeded with its mission. The IRGC later said that the US ship had left the area.
In an interview with Radio Sputnik, military expert, Captain 3rd Rank, Dmitry Litovkin said that there is no place for the US Navy in the Persian Gulf.
“The Persian Gulf is very far away from US territorial waters. Still, it was the American ship that opened fire. Iran is washed by the Persian Gulf and has a security zone there, which it controls. What the US Navy is doing there is a very big question,” Litovkin said.
He added that the Americans have several big naval bases in the region, which apparently control oil traffic in the Gulf.
“From the standpoint of the International Law of the Seas, the Americans’ actions in the Gulf are absolutely illegal. What are they doing there? They are conducting a military operation in Iraq and trying to impose democracy on Syria. All the other countries in the region which are against this are thus seen as being in the way,” Litovkin noted.
He said that the US was doing much the same in other parts of the globe.
“I remember how a Russian fighter jet ”buzzed” a US destroyer in the Black Sea, turning on its electronic jammer and forcing the  shocked Americans to beat a hasty retreat. However, it was the US ship approaching our shores, not our plane flying towards the US coast. It’s a case of who is at home and who is not,” Dmitry Litovkin emphasized. 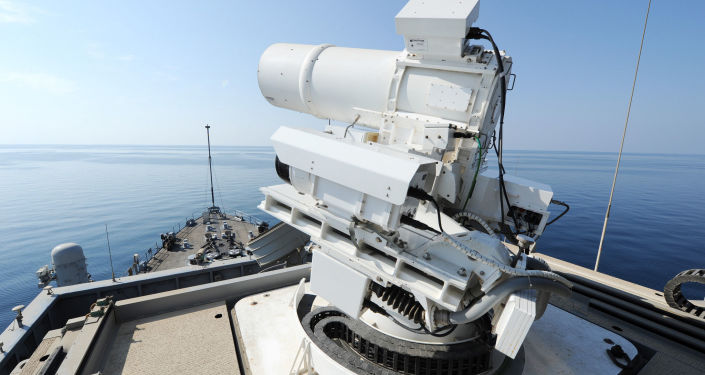 US Navy Ship Fires Warning Shots at Iranian Vessel in Arabian Gulf – Reports
In a similar incident in August, Pentagon officials said Iranian speedboats had “harassed” US warships in the Strait of Hormuz. They claimed that Iranian boats moved close to two US Navy destroyers with their weapons uncovered in the strait in an “unsafe and unprofessional” encounter.Based on the United Nations Convention on Law of the Sea (UNCLOS), Iran has the right to “decisively confront” any menacing passage through the Str
ait of Hormuz, according to IRGC second-in-command,  Brigadier General Hossein Salami then told Press TV.

THE NEED FOR A 1,000 Ship Navy WITH CHEAP FAST FLY
The military thinks bolstering its presence in the